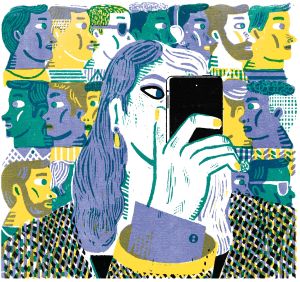 Swiping right to a younger generation. Illustration by Irene Rinaldi

“Why?” I kept asking the young ones at first, in floating text bubbles on the dating apps where we would meet and chat. “What would make you swipe right on someone my age?” I was 49. Now 50. Many of the men represented by those bubbles were two decades my junior.

Inevitably, their first answer would be some version of, “Why not?” Only when pressed would they open up.

I was a couple of years out of a two-decade marriage by then and growing increasingly lonely and frustrated with the slim pickings available in my age bracket. So I decided to change the parameters on the dating apps I’d been using from men 45-and-above to 29-and-above. I would have set the bar lower, but my eldest is 21, so, ew.

I’d also had some unsettling experiences with the single men of my own generation. Like the older gentleman whose first words of greeting, after I finally spotted him at the bar where we were scheduled to meet, looking at least two decades older than his online photo and eight times as drunk, were, “You’re disappointed, aren’t you?” Then there were the contemporaries of mine who didn’t lie about their ages but who were so scarred by their failed marriages they might as well have arrived to our dates dressed in bloodied slings and broken arrows. They’d spend the hour or so allotted to getting to know one another deconstructing every nuance of every wrong ever done to them by their exes: an angry army of divorced Derridas.

At first I swiped right on the young’uns purely out of aesthetic appreciation of their unlined faces, their thick heads of hair, never imagining any of them would ever return the favor. I was wrong. Way wrong. Suddenly, my inbox was flooded with an ocean of text bubbles, many of which went way beyond the meaningless, “Hey there” or “Hi” favored by the men my age, who either can’t be bothered to come up with a better opener or are still so baffled by this newfangled thing called “texting,” their fingers are unqualified to peck out any words beyond the uni-syllabic.

At first I swiped right on the young’uns purely out of aesthetic appreciation of their unlined faces, their thick heads of hair, never imagining any of them would ever return the favor. I was wrong. Way wrong.

These young men who reached out were often quite smart. And wickedly funny. They took their time crafting an interesting opener, either referencing what I wrote in my profile or making a funny commentary about the absurdity of this inherently flawed form of communication. As we chatted late into the night, on the lonely islands of our beds, I began to pursue the issue of why.

Why would a man who has youth and beauty and his whole life in front of him waste a single second of his mating energies on a woman like me, who is not only uterus-less, but who also has three children, several jobs and the kind of overstuffed life that would preclude his presence at least half of the time if not more? Here are some of the typical answers I received:

Because you know things I don’t

Because your life experience makes you more humble and/or real

Because women your age are comfortable in your own skin

Because we were raised behind a screen, and you were not

Because there’s no bullshit or games

And [most baffling to me of all]: Because you’re sexy.

Sexy? Don’t get me wrong: I’m confident enough in my own Dalí-clock skin to feel sexy in it, and I’m still as lustful as any owner of the factory-standard lady parts, but I also own both a mirror and a brain. I know where I stand on the bell curve of worldwide sex appeal, and even with grade inflation I’m a C+. But when I finally pulled the trigger and said yes to my first date with a much younger man, a delicate and tender 34-year-old who made me feel like the class valedictorian, I had a familiar epiphany about age and self-perception that I’ve held to be true in theory but never so vividly in practice.

And that epiphany is this: we all have an internal age at which, once reached, we felt fully baked. For me, that age is and will remain 22. That’s not to say I didn’t do a ton of emotional growth and learning after that age, but 22 is the age at which I finally knew who I was, what I wanted and how to go about getting it. That I was wrong on several of those counts, and that those mistakes—which I fully own—helped sow the seeds of my divorce are irrelevant. At 22, I finally felt like the grown-up version of me, and what happened that afternoon with the young man was that our inner 20-something souls met and were each transformed. He helped me get over an impossibility; I helped him move on from his own. He lives far away, but we’re still in touch periodically, to share book recommendations or words of encouragement. Nothing made me happier, in fact, than to read his most recent text bubbles, gushing over the woman with whom he’d fallen in love, as the other young men with whom I’m in touch are all still struggling to find acceptable mates.

Why are these guileless men who text back in a reasonable period of time; who are gainfully employed; and who bring flowers to my office for no reason at all struggling to find mates? I’ve read lots of articles and books on the subject, positing that it’s the overabundance of choice keeping the young people today from settling down and mating. But if my admittedly narrow and impossible to quantify experience with these men is any indication, I think there’s a deeper issue going on here, reflected similarly in the absurdity of our current election and its frustrated electorate, and it has nothing to do with sex or too many choices but rather with money and these men’s perceived lack of agency. The recurring theme of these 30-something males with whom I find myself e-chatting late at night (but rarely meet in person) keeps circling back to the issue of means—or rather their lack thereof—to start and support a family given the current state of the economy, the insane cost of childcare and the even more insane price of real estate.

Now, I’m no economist, and I know it’s ridiculous to posit a financial theory out of one middle-aged woman’s narrow dating life, but if I were a betting woman and had some extra chips, I would place all of them on the blinking red light of another recession.

Though the May/September romance may be a well-worn trope when the genders are flipped, with the woman in the role of September, some of those hurdles can feel insurmountable.

For my part, I still hold out hope that I can find and fall in love with an age-appropriate mate, but until then, in an attempt to be Zen and live in the present moment while I still have one, I’ve been saying yes to the occasional young ones who ask nicely and who’ve proven themselves worthy of at least a first date. With the others, I simply stick to listening and responding late at night, via text, to their fears and woes, wishing I could set up all of them with age-appropriate women who understand that the young men of today have it hard, and that it’s not their fault.

In theory, of course, I’d be fine settling down with a much younger man. But though the May/September romance may be a well-worn trope when the genders are flipped, with the woman in the role of September, some of those hurdles can feel insurmountable. I recently fell a tiny bit in love with one of these young men to the point where, after our first date, I woke up and was actually contemplating the logistics it would take to grant him the transcendence of parenthood: a purchased egg, a rented womb, a willingness on my part to raise a fourth child in my early 50s. That I didn’t immediately dismiss these thoughts as insane is telling. That I felt hopeless about them and vowed never to see that golden ray of man again, if only to preserve my heart, even more so. And yet as time passed, and we were able to meet up again as new friends, I realized I had a choice: I could feel miserable over the impossibility of our love or grateful for having felt it. The science fiction reader in me still longs for a time machine, one that would place us in at least the same decade.

The realist in me jumps back on Tinder, searching for that middle-aged needle in a haystack. 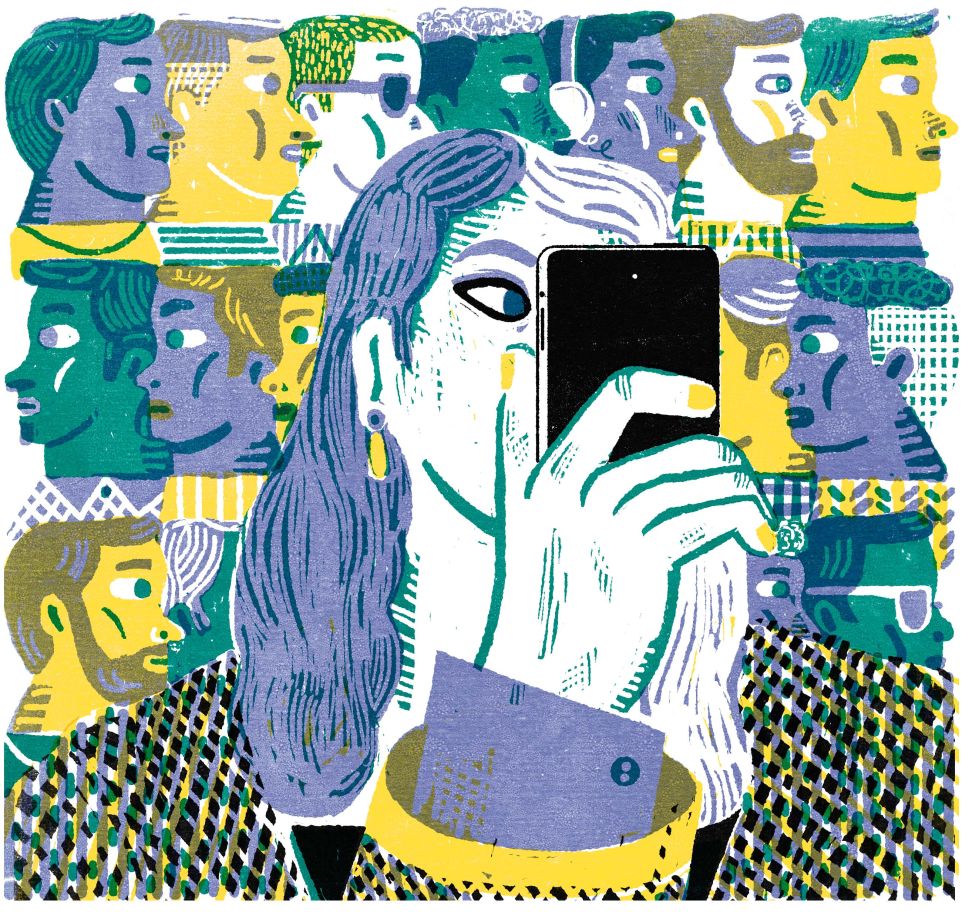