Today at the National Press Club, Federal Communications Commission Chairman Tom Wheeler announced, “I am circulating to my colleagues proposed new rules that will identify and open up vast amounts of spectrum for 5G applications. We call it the Spectrum Frontiers proceeding, and we will vote on it July 14th.”

The first generation of wireless was voice only. 2G added text. 3G added the internet. “Today’s technology—4G—completed the digital migration, enabling higher speeds for sophisticated applications including video” Wheeler said. “Without 4G, there could be no WAZE or Uber or Snapchat or Instagram.”

‘The driving force of the 21st century will be powerful processing centralized in the cloud and wirelessly connected to thin clients.’—Tom Wheeler, FCC Chair.

He went on, “If the Commission approves my proposal next month, the United States will be the first country in the world to open up high-band spectrum for 5G networks and applications. And that’s damn important because it means U.S. companies will be first out of the gate.”

The fifth generation of wireless will need to be super fast, with very low latency (the time between a user indicating an action and it happening in the cloud) and excellent security. If the United States can get those pieces right, Wheeler said, “I’m confident these actions will lead to a cornucopia of unanticipated innovative uses, and generate tens of billions of dollars in economic activity.”

The lion’s share of 5G work is expected to be done on high frequency bands. Sometimes referred to as the “millimeter wave,” these tiny, tight waves have the capacity to transmit an enormous amount of data, however they have a very hard time moving through solid objects or transmitting around corners. Important advancements in computing and technology have made solving these problems more feasible, though it will take a giant investment in infrastructure by wireless providers.

Wheeler argued that the U.S. can lead by opening up spectrum first and sorting out details later. As the networks get built here, they will be able to more easily export their models to other countries. “Unlike some countries, we do not believe we should spend the next couple of years studying what 5G should be, how it should operate, and how to allocate spectrum, based on those assumptions,” Wheeler said. “We won’t wait for the standards to be first developed in the sometimes arduous standards-setting process or in a government-led activity.”

New York University has been convening industry leaders and academic researchers in 5G wireless research in Brooklyn for the last three years at the Brooklyn 5G Summit. “This is an exciting opportunity for a new world of mobile applications that have faster data rates than ever before,” NYU Wireless’s director, Ted Rappaport, wrote the Observer in an email. “Wi-Fi on steroids will become possible, according to the proposed rulemaking, with massive bandwidths and connectivity in a gargantuan increase in unlicensed radio bands.” NYU Wireless has been the center for the university’s activities in next generation communications.

During the public comment period, NYU Wireless had requested that the FCC designate a technical playground in which researchers could experiment with novel new applications. Rappaport was heartened to see a generous allocation of bandwidth reserved for experimentation.

Verizon and AT&T will begin building trial networks next year, with commercial applications expected by 2020, according to Wheeler’s remarks.

“If we’ve learned anything in the generational march through wireless connectivity,” Wheeler said, “it is that we have always underestimated the innovation that would result from new generations of wireless networks.” 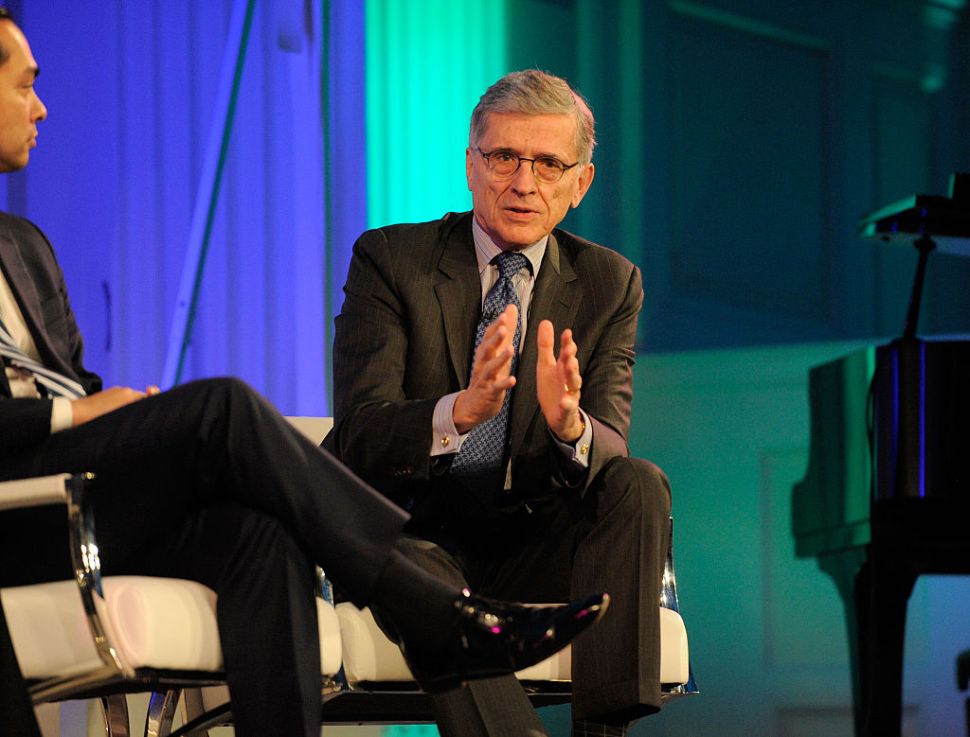