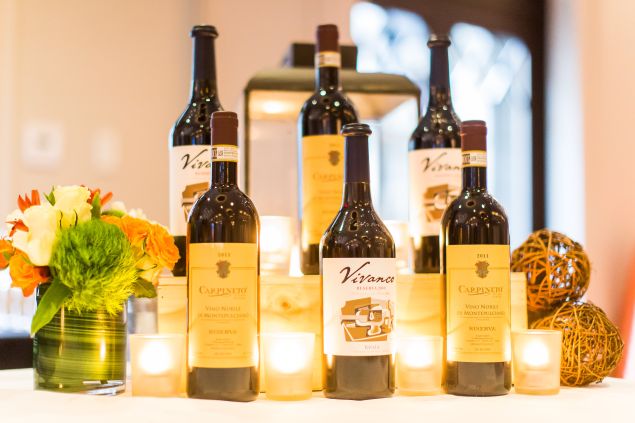 And the main focus of the event… (Photo: Scott Rudd)

It seems that the vino and restaurant world is ushering in a new era, one that no longer sneers at rosé or shames food photography, and welcomes accessibility in its approach to wine.

At least, that seemed to be the case at the party celebrating the winners of Wine Enthusiast‘s recently released list of America’s 100 Best Wine Restaurants of 2016, which focuses on establishments that make wine a priority, alongside the food, atmosphere, and overall experience. The wide-ranging assortment of winning restaurants includes beloved mainstay establishments like Daniel and The French Laundry, as well as brand-new restaurants that have opened since the beginning of 2015, like Rebelle and Kinship.

And what better way to celebrate these successes than with a fête filled with food and drinks galore, hosted by award-winner Marta, at the Redbury Hotel? Winners and vino-lovers alike mingled over a wine-infused gathering, congratulating the winners from newly anointed restaurants as they sampled a selection of food and drinks. Pre-party, three of this year’s winners gave an exclusive look at their thoughts on the future of food and wine trends and experiences. 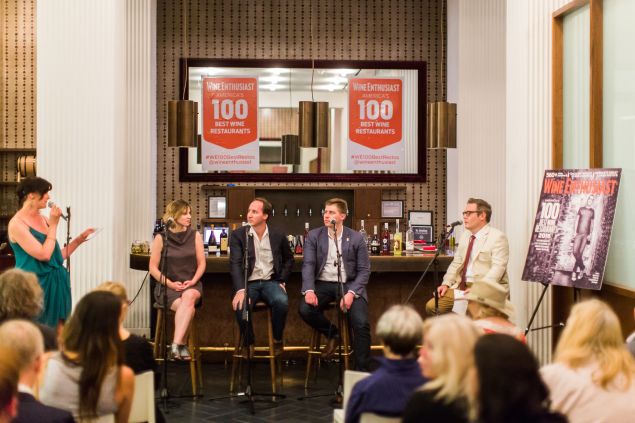 “We’re at a cool moment in wine and restaurants,” Jordan Salcito, the beverage director of Momofuku Group, opined. “This sort of ushering out of the stuffy identity of wine…it’s more about accessibility now.”

The internet and social media are partially to thank for this–they allow restaurant-goers to check out a wine list prior to their reservation, giving those who might not be quite as well-versed on the subject of wine the opportunity to feel a bit more comfortable with their selection.

“Historically, there’s the idea that waiter going to upsell you something, where you’re going to spend more than planned on, and the sommelier [is] going to con you into ordering wine more expensive than you would have wanted,” Eric Ziebold, the owner and chef of Washington, D.C.-based Kinship and Métier, explained. “Being able to do a little bit of research yourself, on a phone, and have an idea of what’s going on and expectations—if that makes you more comfortable, go for it!” 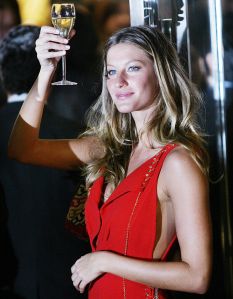 The panelists also discussed the future of the beloved beverage holder that is the champagne flute. As much as we all might adore the clinking of a delicate champagne flute filled with bubbly, the glass is “dead” according to Salcito. But don’t panic just yet—Ziebold proclaimed that he “loves drinking out of champagne flutes—hopefully the future is the same!”

For those of the food and drink blogging variety–or even those who just want to capture that perfect table display, complete with a glass of red wine juxtaposed just so with your particularly photogenic, not-yet-eaten meal, it’s your time. Apparently, wine and restaurant accessibility is translating to social media, too. No need to be ashamed for that iPhone flash going off mid-meal! Nope, restaurants are actually warming to the concept of food photography. 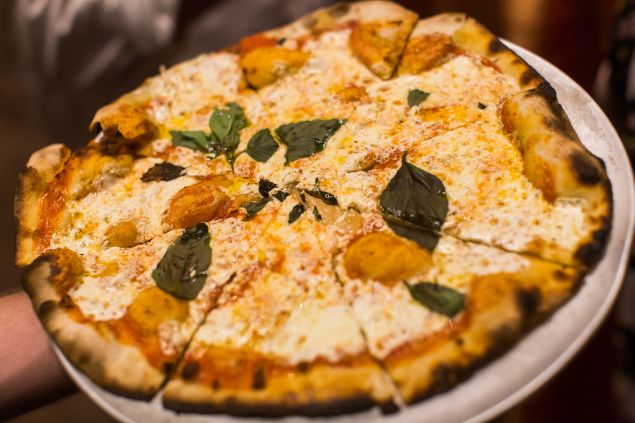 Not your ordinary pizza served at this party. (Photo: Scott Rudd)

The celebratory party was definitely an Instagram-ready affair. Partygoers munched on delectable bites that were passed around and organized at stations, which, of course, had designated wine pairings. The arctic char tartar and caviar-topped fingerling potatoes was coupled with the LaLuca Prosecco, while the stuffed dates correlated with a Cesari 2014 Cento Filari Lugana DOC. For those looking for pigs in a blanket, a sancerre rosé was offered, while the margherita and funghi pizzas, we were told, went best with the red Carpineto. Partygoers drifted from the prosecco bar over to the spirits and beer bar, though of course the perfectly organized wine bars seemed to be the most popular of the night.

For those particularly fond of the rosé selection, there’s hope for you! Though often seen by wine connoisseurs as the ugly duckling of vino, rosé is finally (sort of) accepted amongst the community.

“I’m not anti-rosé, I must say,” Salcito laughed. “But not all rosé is created equal! There’s really serious rosé out there. As rosé starts to take over the entire season with reckless abandon, you can pick and choose—there are nice options for ones that can age, and have some depth and conviction to them!”

Hear that? We’re going to take that as the go-ahead for all of this summer’s rosé infused food Instagrams… 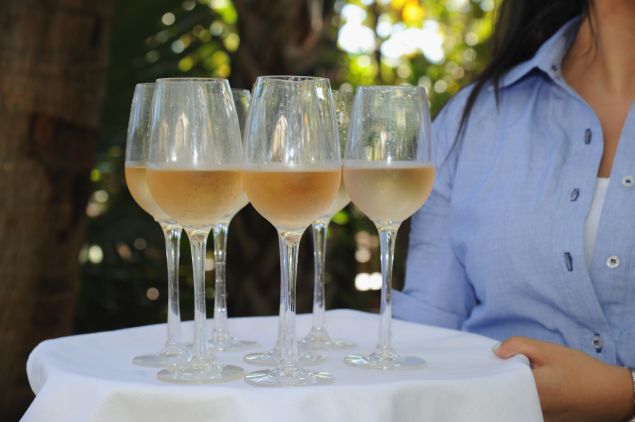 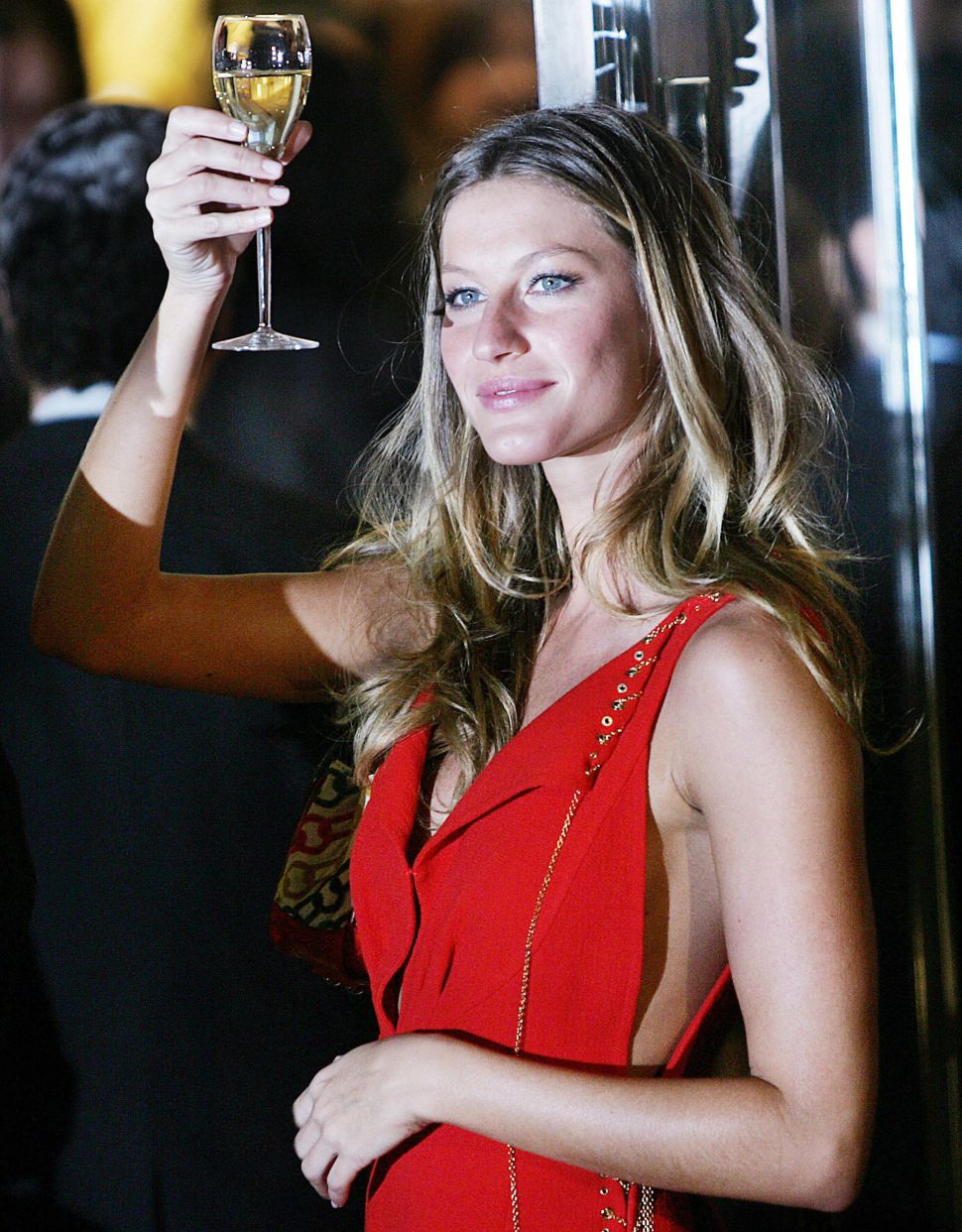