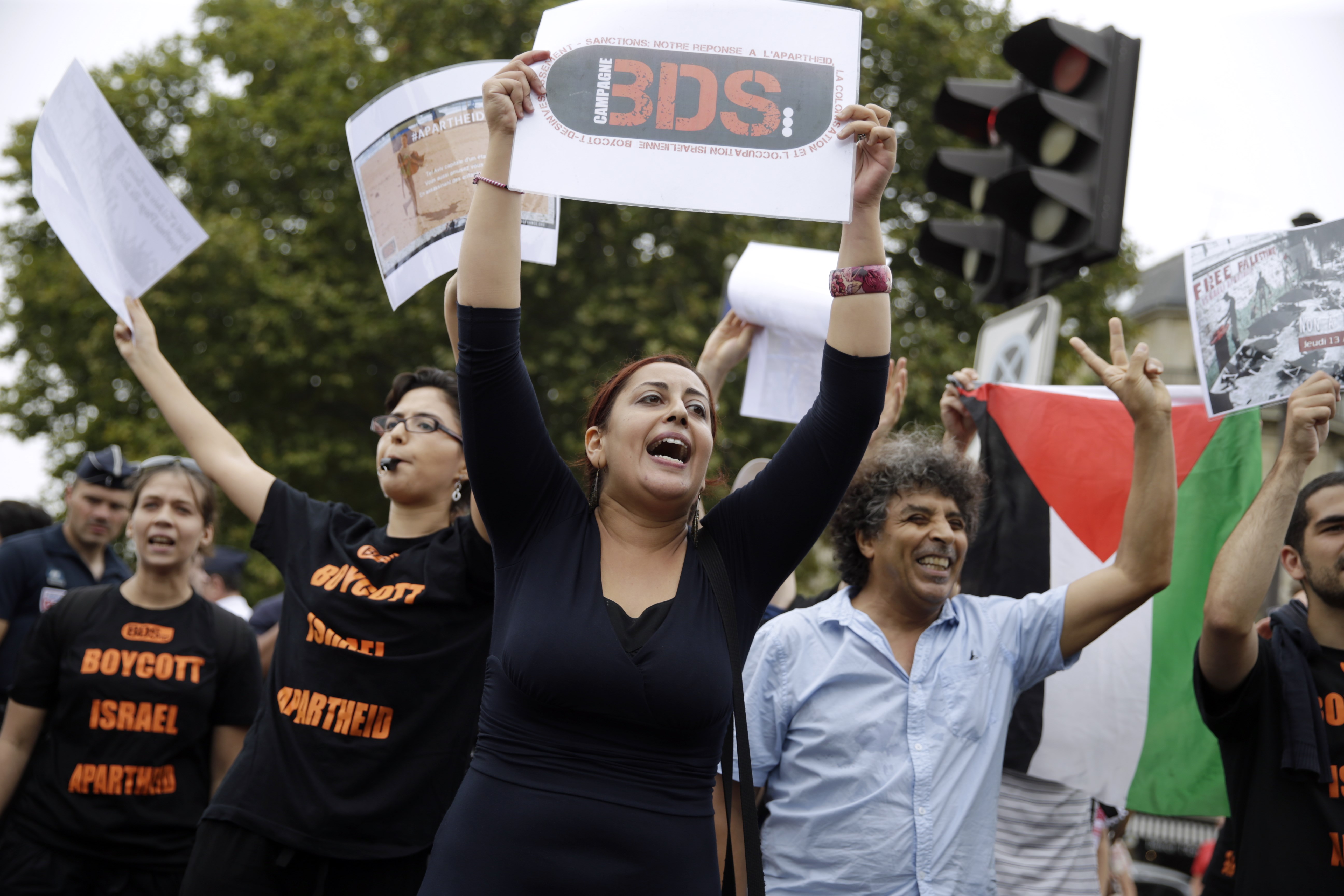 Now that the academic year is over, it is high time to grade the Boycott, Divestment and Sanctions (BDS) movement. Like most evaluations, this one is subjective—but it should withstand close scrutiny.

Full disclosure: I am a committed Zionist. I believe Israel is a country that should proudly take its place among the world’s nations. However, I criticize Israeli policies regularly. I disagree with how Israel has handled its occupation of the West Bank. But, as a world citizen, I try to prioritize my rage at the world’s injustices. I try to maintain an intellectual rigor when it comes to oppression and violence. I do not believe the BDS movement does that. To the contrary, I believe the BDS movement allows Tibetans to languish under a brutal Chinese occupation, the Copts to be institutionally discriminated against in Egypt and the Kurds to remain oppressed and stateless—not to mention the systematic injustices against many others.

Now to the grades.

The BDS movement is premised on a historical accounting that contains cleverly construed omissions and distortions. Recently, I listened to an NPR broadcast on Nakba Day. (Nakba means “catastrophe” in Arabic; “Nakba Day” is a commemorative day observed every year by Palestinians on May 15, the day Israel was declared an independent country). In the discussion of the Palestinian loss of land, not once was it mentioned that the United Nations had voted in 1947 to partition Palestine into a Jewish and Arab state. In explaining the 1948 War, there was another omission: the attack on the newly born state of Israel by five Arab armies. The BDS historical narrative espoused by students on campus depicts the birth of Israel as an unprovoked, imperialist land grab. According to this erroneous reading of history, in 1967 another unprovoked Jewish attack seized even more land (rather than this capture of land being the result of a war). Other territorial partitions accepted by the international community, such as that of India and Pakistan, are ignored. If quizzed on what happened in 1947, 1948 or 1967, I imagine 90 percent of BDS-supporting students would have no clue about these basic historical facts.

This is where the BDS movement shows several disturbing failures to educate accurately. The population of Palestinians living in the West Bank and Gaza Strip numbers almost five million, with an additional one and a half million Arabs living in Israel proper. By contrast, the number of Copts subject to institutionalized discrimination in Egypt reaches about 10 million. The number of Uyghurs oppressed by China constitutes about another 10 million. The number of Kurds being oppressed by Turkey and Iran stretches to about 20 million. These other oppressors have done a fantastic job of preventing their abuses from regularly making the headlines by taking draconian actions against human rights activists. Those attempting to document human rights abuses in Egypt, China, Turkey and Iran often either get thrown into jail or deported. All protest is crushed. The BDS movement would find it next to impossible to travel to these countries to tell horror stories to the world. Visiting the West Bank, by comparison, is a piece of cake.

Prioritizing Concerns and the Effort to Alleviate Oppression: D-

The most profound line of questioning to be asked of the BDS movement is this: Why does the movement focus on a small sliver of injustice in the global pie of oppression? Why not focus on the many that are oppressed instead of the few?

A careful investigation reveals two possible reasons. One is discussed above. BDS-supporting students are woefully ignorant of world affairs. In short, they are Lenin’s “useful idiots” for the Palestinian cause. While the cause has validity, the singular focus on Israel/Palestine provides cover for those committing far worse atrocities. In this way, the BDS movement hurts the world’s oppressed far more than it helps them. Most BDS-supporting students may not know that China marched into and occupied Tibet in 1950 and has ruthlessly ruled over the population there ever since. They may not know the Kurds are an ancient, non-Arab people who have been denied their homeland for centuries and are now facing a vicious campaign by the Turkish military that has claimed the lives of many civilians. Today’s BDS-supporting students may not know there is currently a war in the Central African Republic, let alone the fact that one million people were killed in one hundred days during the Rwandan genocide. Where was the outrage at the bombing of a pediatric hospital in Syria?

The other possibility is really awful to contemplate, but it must be asked: Does the BDS movement give a fig leaf of legitimacy to old-fashioned anti-Semitism? Has the fact that Israel has the upper hand in the conflict spurred the age-old resentment against ambitious and successful Jews? It is important to remember that historically it was not only the shtetl Jews who were the victims of pogroms (do BDS-supporting students even know this word?) and other anti-Semitic vitriol. Jews have always and everywhere been the victims of resentment because of their successes.

In sum, why would anyone who looks at the world’s problems exclusively focus on Israel/Palestine except due to some sort of anti-Semitic predisposition? This might be the case for the BDS movement, as some within the group have gone so far as denying any Jewish historical connection to the land of Israel. This goes beyond distorting or ignoring the 1947 United Nations partition plan and the 1948 attempt by five Arab armies to crush it. The denial of all of these essential historical facts feels more like pure hate than a rational political position.

Ability to Divert Attention from the Suffering of Others: A+

Sadly, this is the highest score for the campus BDS movement. They have done a tremendous job of turning students’ attention solely to the plight of the Palestinians. The movement has directed so much attention toward the Palestinian issue that it has left others who face injustice without a voice. This could be the greatest tragedy of the BDS movement. 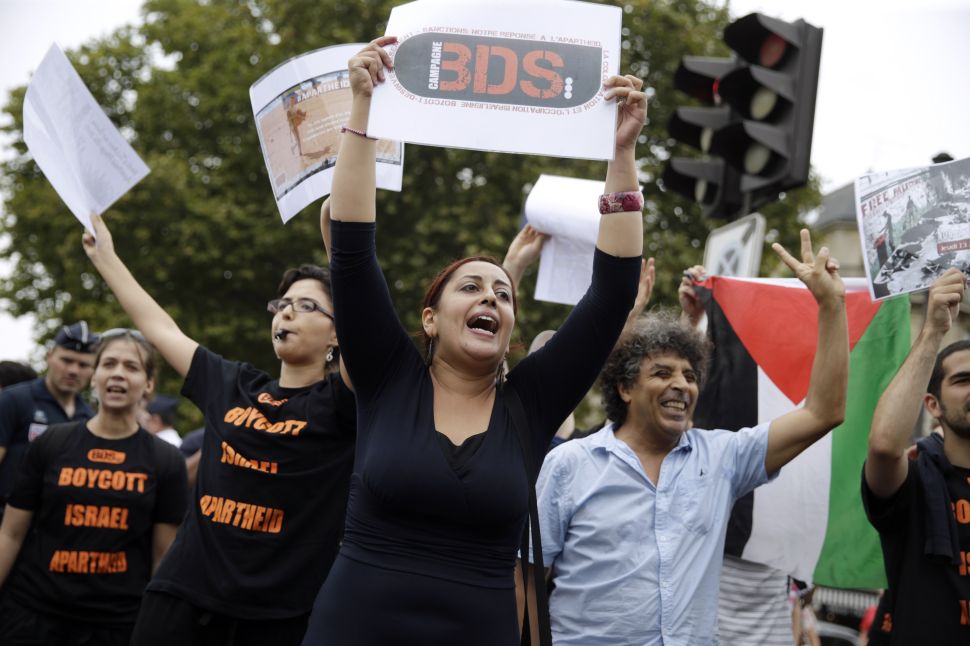