Last week’s tragic shooting at a gay nightclub in Orlando left 49 people dead, excluding the shooter, and another 53 wounded. In the days following, recovering survivors have come forward with details of the horrific event, Senate democrats have filibustered to try and limit access to fire arms and gun violence has killed another 125 plus people across the country.

On Thursday, conceptual artist Terence Koh is planning a response to the massacre and will read the names of the Orlando victims aloud during a performance at Andrew Edlin Gallery on Manhattan’s Lower East Side. A gallerist confirmed that the artist will read the names into a microphone that will transmit sound into outer space via an antenna installed outside the gallery.

The evening event, which is being called a “chanting ceremony,” will be followed by a simultaneous screening of six films—among them John Waters’ Pink Flamingos and David Wojnarowicz’s Beautiful People—and a light projection. Works by Parvez Sharma, Bruce laBruce, Jack Smith and Wakefield Poole will also be shown.

Koh’s show at Edlin’s Bowery gallery marks the notorious art world bad boy’s first since 2014, when he told New York magazine he was “quitting” the art world, and moved to the Catskills.

In recent years, his work has taken a more sober tone, and he has been lauded by critics for his impressive endurance during performances and for taking a stance on issues such as the decline of bee populations. That exhibition—powered by solar panels installed outside and titled Bee Chapel—features a large structure based on one Koh originally built on his upstate property, which houses live bees behind a layer of mesh, a thick layer of dirt that covers the gallery floor and a microphoned beeswax candle burning at two ends in a darkened space. 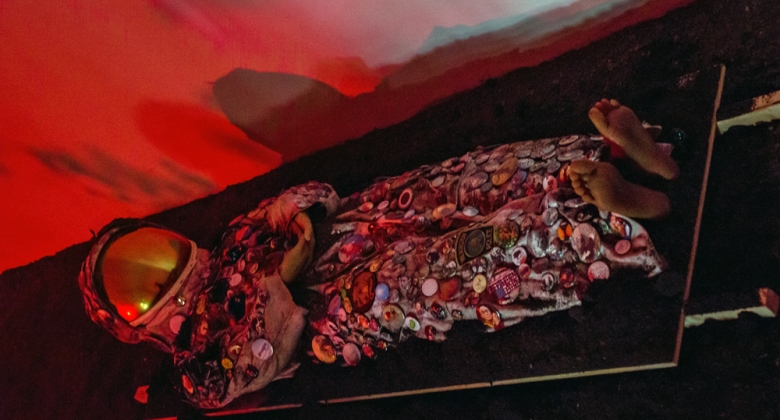