Late on June 16 The Wall Street Journal reported that the “near collapse” of the current ceasefire had spurred 51 “mid-to high-level State Department officers involved with advising on Syria policy” to sign a “dissent channel cable” calling on the Obama Administration to target Syria’s Assad regime with repeated “military strikes.”

At the moment, the article remains behind The Journal’s paywall, so I’ll include several extended quotes. Journal reporters who personally reviewed the cable described the document as “a scalding internal critique of a longstanding U.S. policy against taking sides in the Syrian war, a policy that has survived even though the regime of President Bashar al-Assad has been repeatedly accused of violating cease-fire agreements and Russian-backed forces have attacked U.S.-trained rebels.”

The dissenters argue “Failure to stem Assad’s flagrant abuses will only bolster the ideological appeal of groups such as Daesh, even as they endure tactical setbacks on the battlefield.” The Journal adds that Daesh is an Arabic acronym for Islamic State in Iraq and Syria (ISIS).

The article provides excellent background information, noting the “Dissent Channel” is an authorized forum for expressing opposing views. It also quotes a former State Department official who acknowledged: “It’s embarrassing for the administration to have so many rank-and-file members break on Syria.” The dissent comes from “the heart” of the State Department bureaucracy—in other words, career, professional diplomats.

Embarrassing?  That’s an underwhelming way to describe the dissent cable. The career professionals deliver a heavy intellectual blow to the Obama Administration’s Syria policy and, in the process, scathingly critique the Administration’s anti-ISIS policies. Several quoted passages condemn Russian military actions in Syria and quietly rebuke the Administration’s decision to cooperate with Russia in Syria.

Yes, Russia is allied with Syria. Obama’s decision to buddy-up with Vladimir Putin in Syria served Putin’s policy goal of keeping Russia’s client, Assad, in power. That sends a message Putin wants every dictator and authoritarian ruler on the planet to hear: it pays to have Russia as an ally. The Assad regime is also a client of Iran’s theocratic dictatorship.

By the transitive principle, this means the dissenters are advocating the U.S. and its NATO partners wage war on a Russian and Iranian ally.

Heavy thought, that, but worth an aside. I’ve read enough diplomatic-insider critiques to wager that several of the career U.S. diplomats who signed the cable are also disgusted with the Administration’s strategically-damaging failure to vigorously respond to Putin’s invasion and annexation of Crimea. They have concluded, with good reason, that the U.S. is already at war with Russia. Recent NATO exercises in Poland were designed to send the Kremlin a message: Diplomats know Russian military shenanigans in the Baltic have increased since 2012 and are explicitly intended to rattle NATO.

Putin and his cyber spies are rattling the 2016 U.S. election.

I think the Obama Administration’s Russian “re-set” policy of 2009 was, in domestic political and media terms, more “I’m not Bush” political theatrics. Over time, however, it had damaging international consequences. Obama’s September 2009 decision to not deploy NATO-approved anti-missile missiles to Poland capitulated to Kremlin demands for a “sphere of influence” arrangement in eastern Europe. The Poles certainly thought so.

The Russian 2014 invasion and annexation of Crimea were “sphere of influence” operations that violated the 1994 Budapest Accord and shattered the post-Cold War diplomatic framework for stabilizing eastern Europe. Career diplomatic pros know this “arcane” deep background stuff actually means something when it comes to creating the conditions which produce real peace—not fatuous Nobel Peace Prizes.

This brings us back to the cable. The dissenters know the Administration’s current Syria policy is creating conditions for greater chaos, destruction, bloodshed, instability and war. The Journal speculates the dissenters intend to affect policy in the next Administration. That’s probable, but at the minimum that is a delay of another 10 months. That’s thousands more dead and hundreds of thousands more refugees. NATO member Turkey has already clashed with Russia. Further clashes are not improbable.

The Journal also reported that ISIS remains a highly capable and dangerous organization, despite the President’s assertions to the contrary. CIA Director John Brennan told the Senate Intelligence Committee in his prepared remarks that ISIS remains “a formidable, resilient and largely cohesive enemy.” After fighting ISIS for over two years the Obama Administration has not blunted its “global reach.”

If I employed the harsh rhetoric of Bush Administration critics, I’d write: Obama lies and people continue to die. Yes, I did write it. Too harsh? Another take: Obama spins and we don’t win. I base “we don’t win” on Brennan’s testimony.

Obama’s Syrian chemical weapons red-line fiasco is a major factor in this mess. Obama had warned the Assad regime that using chemical weapons on civilians was a red-line—implying he would respond to chemical weapons employment with a punitive military attack. On August 21, 2013 a nerve gas attack by Assad regime forces killed approximately 1,500 Syrian civilians. In the aftermath Obama’s “red line” promise was exposed as a bombastic falsehood that sure sounded macho on CNN and MSNBC.

Obama “talked back” his warning. Red line? Here’s the White House transcript, so judge for yourself.

“…the point that you made about chemical and biological weapons is critical. That’s an issue that doesn’t just concern Syria; it concerns our close allies in the region, including Israel. It concerns us. We cannot have a situation where chemical or biological weapons are falling into the hands of the wrong people.

Former Secretary of Defense Robert Gates has made a judgment. Gates says Obama’s failure to respond was a “serious mistake” that damaged U.S. global credibility.

Did it ever. State Department pros agree.

Credit The Wall Street Journal with providing excellent historical and State Department institutional context for understanding the details and significance of the dissent cable. However, after reading The New York Times’ restrained report and evaluation (no “widely recognized names” signed the cable), honest readers need to consider the broader “media response context.”

The Times report does note the Syrian civil war has killed 400,000 people. I think that tragic figure is highly credible.

For the Obama Administration, the 400,000 death toll is a moral challenge historians will not miss even if au courant media do. As I note in the Creators Syndicate column linked above (at StrategyPage.com) “If we had a Republican president I’m rather certain we’d be hearing demands that the U.S. has a ‘responsibility to protect’ vulnerable civilians. The abbreviation for this policy is R2P. During the Bush Administration the Obama Administration’s current U.N. Ambassador, Samantha Power, was a vocal advocate of R2P. Now? Not so much. History will note the 400,000 Syrian dead died on her president’s watch.” 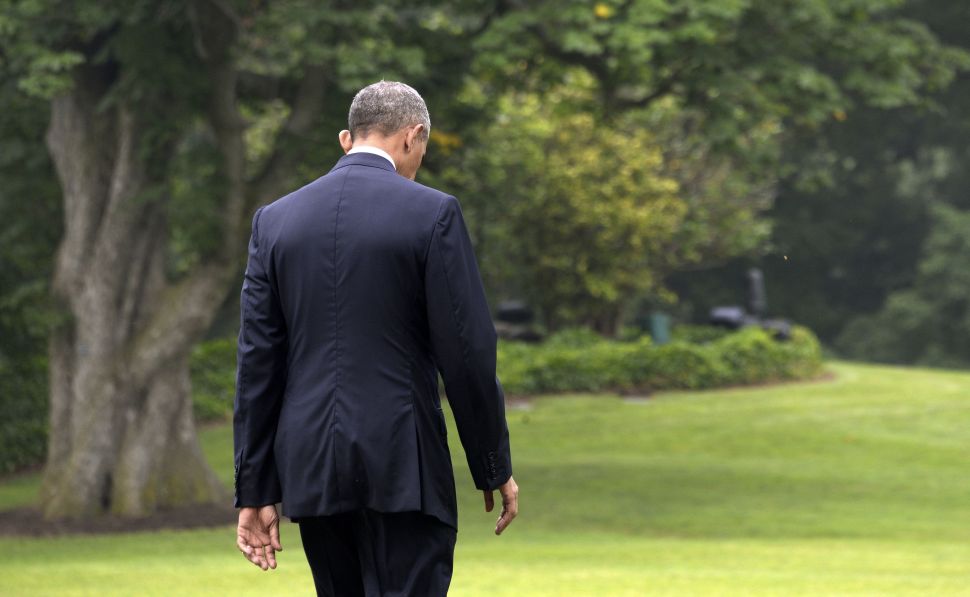