PATERSON – Governor Chris Christie made an appearance at the Paterson Charter School for Science and Technology on Thursday to tout the benefits of his “fairness formula” for school funding that aims to give all of New Jersey’s schools a flat rate of $6,599 per student in state funding.

However, the mood outside was drastically different as chants rang out from protestors. “Christie says cut back, we say fight back,” they said as they waved signs asking for the governor to meet the constitutional funding requirements of Paterson’s schools.

“We are not out here because this is a new issue, we are supporting a community that has been devastated by a $242 million decrease over the last five years,” McEntee said. “I don’t know where the devastation is going to end. This is the atomic formula, this is the formula that is going to drop an atomic bomb on urban education as we know it today. We would have over 25 schools closing here in Paterson.”

Protestors also included educators from other urban districts that stand to face cutbacks under Christie’s formula including Trenton and Newark. Parents and children were also out in full force as were activists from groups like the NAACP.

“I think we had a strong turnout because these are the people that are in the grid every day,” McEntee said. “These are the parents who bring their child to school and they leave their child in the supervision of a substitute teacher. These are the folks that, on Sunday when they are in their services, are having conversations with their communities about why their children don’t have the supplies necessary to succeed in life.”

For PEA Officer and Corresponding Secretary Ryan Cohen, the Thurday protest turnout is an important part of showing Governor Christie that Paterson is unhappy with his plan and that there will be a continued fight if it is pushed forward.

As for the formula that Senate President Steve Sweeney is pushing (a return to the constitutional 2008 Governor Jon Corzine plan without all the legislative amendments), McEntee said he has yet to be impressed.

“Steve Sweeney, before I will even start listening, he needs to address the fact that $242 million in the rearview mirror that was stolen from this school district,” McEntee said. “As far as Steve Sweeney’s formula, I am not impressed yet. Quite frankly, if he is running for governor, what has he done for us lately?” 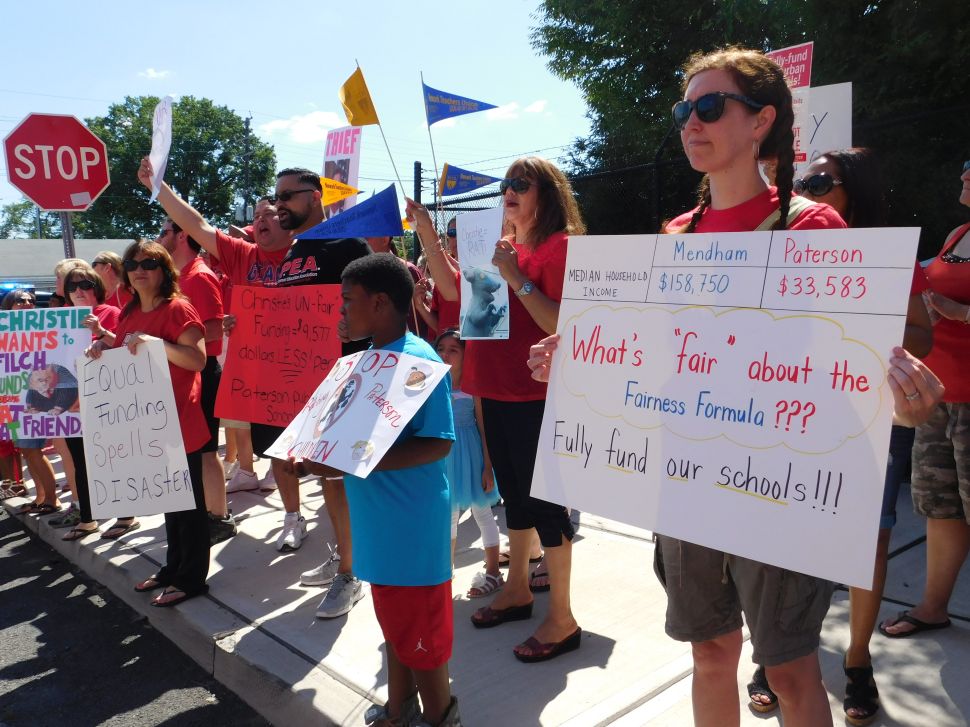