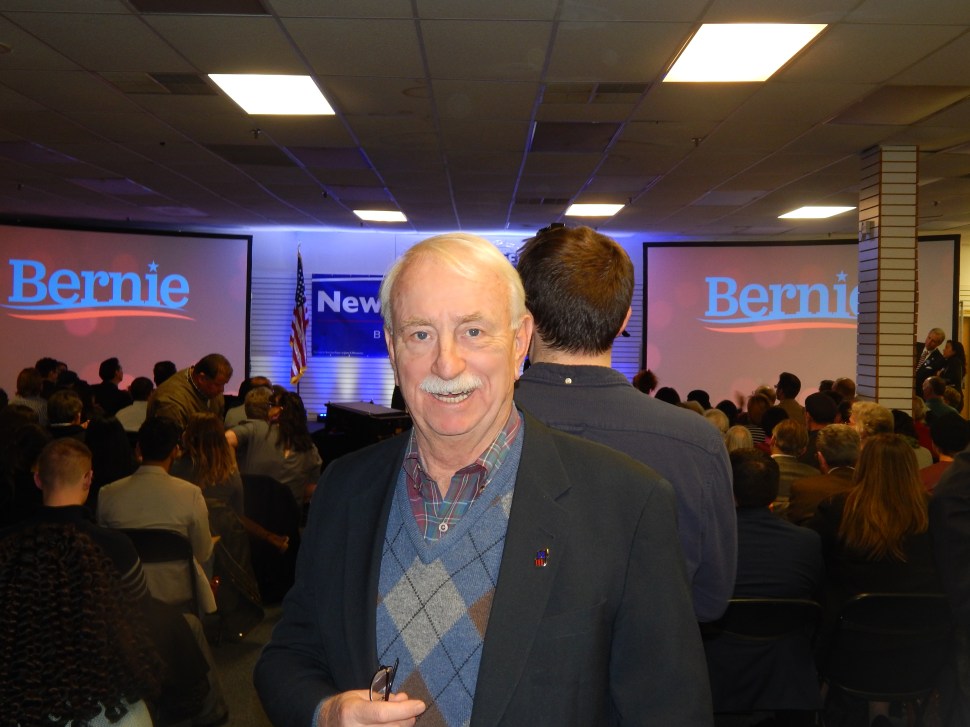 It looked like a good idea at the time: Assemblyman John Wisniewski (D-19) polishing his Bridgegate street cred by backing Vermont revolutionary Bernie Sanders, but long intact establishment foundations Wiz forged proved problematic and conflicting over the course of this cycle, as evidenced by the irritability expressed this morning by a Sanders stalwart.

“For a guy who claims to be a progressive leader in Trenton, this guy acts like an old time Jersey City ward heeler,”  Bob Grant, the Sanders for Prez point person in Denville said of Sanders’s state director.

In numerous public speaking forums, Wisniewski proved an able debater on behalf of Sanders, who routinely left tongue tied those Hillary Clinton backers who climbed into the cage with him. But the mechanics of the campaign presented a thornier proposition for the veteran, the only elected official to publicly back Bernie, who has relationships in the New Jersey party that go back over two decades.

Grassroots types seethed with the apparent conflicts that they say produced less than a gung ho New Jersey effort under Wiz’s watch by the Sanders Campaign, which two sources – including Grant – say has all but abandoned hope in the Garden State.

Wisniewski could have done much more, the volunteer argues.

“My complaint basically is Wisniewski did this in an attempt to further his [2017] gubernatorial aspirations and has done nothing to further the Sanders Campaign,” Grant said. “All that it demonstrated in the end was his conflicting ambitions.”

Grant said the Morris Freeholder candidates offered by the Sanders auspices are placeholders who attend few if any events.

“The two candidates for freeholder didn’t even show up at the county nominating convention,” he said. “The delegate list looks like it was picked out of a phone book. Frankly, if this is John Wisniewski’s effort, it speaks to how this man would deal with the public if he were governor. If he runs, I mean to ask him some questions at public forums that won’t make him very happy.”

Sources in two other counties describe an early candidate harvesting process by Wisniewski and his allies that met with derision from county party chairs, who demanded that the assemblyman, a former state Democratic chairman, explain why he was running against their organizations.

Sources concluded on the other side of the deadline that rejiggered slates in the hands of the so-called upstarts contained a healthy cross-section of people with little energy, let alone a political pulse. A review of a Facebook page in Somerset County that belongs to a freeholder on the line with Sanders reveals no effort made to let her friends know that she’s running for office, or backing the establishment-defying Democrat.

It’s a fairly common story county to county here as Clinton struggles nationally to put Sanders on the canvas.

There was also Wisniewski’s endorsement of incumbent U.S. Rep. Donald Norcross, which he explained as his own personal – not campaign – decision, which Norcross, a Hillary Clinton backer, subsequently used as evidence in a mailer that he possessed the support of both the Clinton and Sanders campaigns. The younger brother of the most powerful Democratic Party boss in the state, U.S. Rep. Norcross on Tuesday faces a challenge from attorney Alex Law, who supports Sanders.

Grant was livid this morning as New Jersey headed toward Tuesday, Election Day. .

“You cant be half a revolutionary,” he said. “You cant back Bernie sanders and endorse Donald Norcross. That’s not in any revolutionary playbook I know.”

Although bothered by Wisniewski’s insider ties and their irreconcilability to the cause, he invoked the work of another veteran operator as the model for how a campaign should run.

“[Bill] Clinton threw in the towel in 1992, they had written off New Jersey,” said Grant. “[State Senator] Ray Lesniak got on a plane and went to Little Rock, and convinced them that resources should be put into New Jersey because it was winnable in a general election. Remember, this was the Jim Florio era. Not too many people thought New Jersey was winnable. But Lesniak talked the Clinton people into putting resources here. He forced the issue with the Clinton people. That’s the kind of influence one guy can have.”

Grant acknowledged that despite what he sizes up as ham-handed New Jersey leadership of the Sanders campaign, he still has hope for “modest success” by the campaign here next Tuesday.

A source familiar with Middlesex County Democratic Party politics says Wisniewski could have trouble regaining the line in the 19th Legislative District next year if he opts out of a guv run and instead decides to pursue reelection. Freeholder Ron Rios, the source said, is already teed up organizationally to supplant the sitting assemblyman.

“First of all, the decision to allocate resources for California over New Jersey was made in Burlington not New Jersey,” he said. “To compare this to a general election as he did in mentioning those efforts by Ray Lesniak is ridiculous. This is a primary, not a general. This all comes down to California on June 7th and that’s where they’re allocating their resources. Any suggestion otherwise is absurd. I am fascinated that Mr. Grant, who I have never met, by the way, is complaining that the revolutionary candidates he wants are not showing up at the county convention.

“He should know that they were busy knocking on doors,” Brendel added. 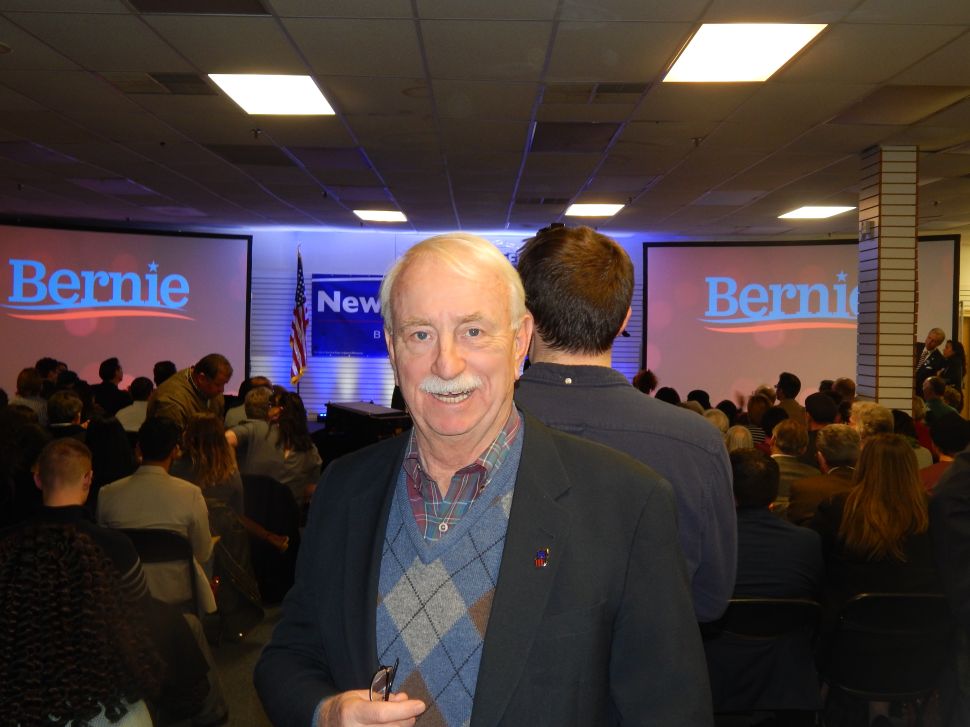