Following Monday’s surprise compromise between Governor Chris Christie and Assembly Speaker Vince Prieto (D-32) on a deal to fund the Transportation Trust Fund, that new legislation is drawing heavy criticism from from the legislature’s progressive wing and business groups alike.

Both proposals would fund the state’s nearly bankrupt Transportation Trust Fund by raising the state’s gas tax. But while the original Sarlo-Oroho bill would soften the blow to taxpayers by phasing out the estate tax and offering several other new write-offs and exemptions, the new bill would simply lower the sales tax. That would lead to the state collecting roughly $1.7 billion less in tax revenue, rather than $900 million less under the Senate plan.

“Any measure that hampers our ability to invest in our residents and meet their needs is a measure that hinders our state’s economic future,” Lesniak said. “We simply cannot afford to lose upwards of 1.7 billion in revenue at a time when our state is already in such a financially insolvent position”.

“While replenishing the Transportation Trust Fund is a critical priority, it should not come at the cost of fiscal irresponsibility” Wisniewski said. “We already can’t pay our bills, any deal that cuts general revenues as the price to fix our roads and bridges simply mortgages not only our future but that of our children and grandchildren. We can and must do better.”

Weinberg, who joined Lesniak and Wisniewski for that press conference along with a slew of left-leaning advocacy groups including New Jersey Working Families, the New Jersey Education Association, New Jersey Policy Perspective, the Anti-Poverty Network, and the New Jersey Citizen Action, told PolitickerNJ on Tuesday that does not believe the state will be able to both pay its pension obligations and accept that cut to the sales tax.

Meanwhile, business groups decried the new plan for keeping the estate tax in place. NJBIA president Michele Siekerka said they her group cannot support legislation that does not address outmigration of residents subject to the tax.

“The New Jersey Business & Industry Association is appreciative that the Legislature and Governor are discussing a plan that balances the state’s need for infrastructure improvements with much needed tax relief,” Siekerka said. “However, the bill approved by the Assembly early Tuesday morning did not contain a phase-out of the estate tax and, therefore, does not provide the comprehensive reform that NJBIA continues to call for.

Thomas Bracken, head of the New Jersey Chamber of Commerce, made a similar argument for the original bill’s package of new tax cuts.

“We strongly believe a once-in-a-generation opportunity to transform New Jersey’s economy will be missed if the state Legislature does not enact the meaningful tax reform that was incorporated in the original omnibus bill,” he said.

“Eliminating the estate tax, increasing the earned income tax credit and restoring charitable allowance deductions, along with an increase in the retirement income exemption, should be enacted now.” 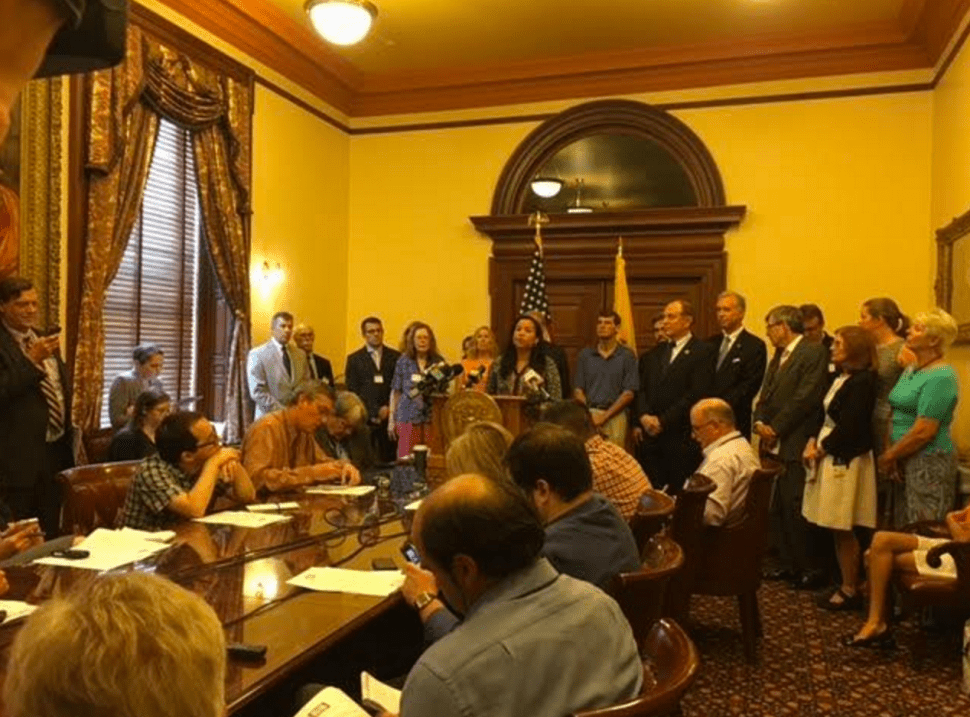