Near the beginning of his new book, The Way Back: Restoring the Promise of America, F.H. Buckley writes that, like Franklin D. Roosevelt, he aspires to be a traitor to his class. As a conservative, holding up FDR as an ideal is already a betrayal of sorts, and he certainly doesn’t stop there. The author and George Mason University School of Law professor praises Denmark and Canada as bastions of economic freedom and celebrates Europe for the economic mobility it offers its citizens. That kind of upward mobility has largely vanished from America, Buckley argues, due to “the artificial barriers an American upper class erects to preserve its privileges and to keep the middle class in its place.”

Not many conservatives write entire books about income inequality and immobility, and it’s safe to say Buckley is accustomed to not quite fitting in. He’s an abashed Trump supporter in academia, a Canadian living in the U.S. (he is a dual citizen), and a beltway resident who bemoans the corruption of the Washington elite. His previous books argued the superiority of parliamentarian systems and the civilizing and shaming effects of laughter. He spoke to the Observer from his Alexandria, Va. home last week on the morning after the “leave” side won the Brexit referendum.

The Brexit vote has been framed as a blow to the British elite and the class of people living around metropolitan London. In your new book, you talk about the “new class” in America, a sort of American aristocracy. Does that “new class” exist in Britain? It’s still a class society. But it’s increasingly less so, and we’re increasingly aristocratic ourselves. Here in America, we have much more of that sense of an elite that is really quite out of touch with the concerns of ordinary Americans. Immigration being the greatest example of that.

You write that immigration is used by the new class to get low wage workers into the country and to keep out educated people who might compete with that class. Is that why nothing seems to happen with immigration? Because the new class has it the way they like it? The whole immigration debate has been a tribute, in recent years, to the extent of which a new class, composed of academics and media types and lawyers and lobbyists, determine what is permissible in the political debate. They’ve determined what the confines of the debate are.

This is a remarkable example of how weird the United States is. When you look at other countries, they have no great difficulty asking illegals to leave. Canada, for example, is 20 percent foreign-born. America is 15 percent foreign-born, so if immigration is an issue here, then it should be that much more of an issue in Canada. But the reason why it isn’t is because the immigration system up there is one that Donald Trump would love. They have a legal immigration system which is much more geared toward making Canadians better off, native Canadians. And for illegals they give them a hearing and see if they are refugees. If they aren’t, they put them on a plane. Sayonara. And nobody thinks that’s a problem.

You criticized the 2012 Romney campaign for being out of touch with voters. They’re wildly different in temperament, obviously, but both Romney and Trump are rich guys and sons of rich guys. Yet Trump connects with people in a way Romney didn’t. First of all, Trump has that Queens accent. But what Mitt did was to talk about 59 points for the economy. Does anybody remember one of them? What people remember are his 47 percent comments. The point of Trump’s nationalism is that we are all Americans and we all count, and we should count more than “none” Americans, whether it’s in terms of accepting foreign donations or it’s a matter of illegal aliens. But the 47 percent included regular Americans, not only regular Americans, but you know, we are all takers in a way. I’ve got a home mortgage interest deduction, so I’m a taker. I have a number of older friends who have had health issues and but for Medicare they’d be bankrupt. And these are solid conservatives I’m talking about; they’re discovering they are takers as well. We’re all both. We’re all both givers and takers and we are all Americans and we shouldn’t be divided. We are looking for someone to bring us together.

“Let’s start with the idea that what’s really important is making people better off, and not fidelity to some set of abstract principals. There are a whole bunch of people on the conservative side that think of politics as a kind of geometry, a political geometry.”

You talk about Trump bringing people together, but a lot of his rhetoric separates us. The anti-Muslim rhetoric, the criticism of the “Mexican” judge. Economically, he might be preaching a message about bringing people together, but you could say he’s using race to divide us at the same time. How do you feel about that?  Well, you know, you’re the reporter and I’m the woolly-haired academic who’s utterly divorced from reality. So I haven’t followed the campaign that closely. And perhaps what I’m describing is an idealized version of what a Trump campaign would look like. Let’s start by saying that I think it’s entirely fair and right to distinguish between Americans and “none” Americans in your foreign policy, in your immigration policy, in campaign finance donations. If you accept all that, then you’re bound to say, ‘But I hold American lives as equally valuable and I want something that’s going to work for all of them.’ I certainly haven’t seen anything from Trump which is anti-African American, and indeed I would expect that he’ll make a push for African-American votes on the basis that the big losers from the U.S. immigration system are African-Americans. We made it cheap to hire maids and gardeners, but what we’ve done in the process is we’ve taken jobs away from African-Americans.

I wanted to ask you to about “socialist ends by capitalist means,” which is what you say you want. In practical terms, what would that look like? You use that line with Republicans and they hate it. It’s not just that it’s socialism, but it’s the idea that you have to connect this to people. That’s what bothers them. Let’s start with the idea that what’s really important is making people better off, and not fidelity to some set of abstract principles. There are a whole bunch of people on the conservative side that think of politics as a kind of geometry, a political geometry. In other words, you start with some kind of locked-in axiom, and you build it up from there. And that’s not how politics should be played. What we need now is something that will permit us to return to being a country of high mobility. So that’s what I call socialist ends.

We’ve been sort of trained to believe that on one end of the political spectrum you have economic freedom and on the other end you have a welfare state with a strong social safety net. Many think they are somehow mutually exclusive. Your book suggests there are European countries we think of as socialist that actually have more economic freedom and more economic mobility than we do. Which should have been a bitch slap. Only we kind of missed it. If you look at the rankings of economic freedom, and you start looking at the countries that are ahead of us, these ostensibly socialist countries are doing really well. We just don’t have a clue what America is. We have no idea. First of all, we take a look at a country like Norway or Holland and we say ‘They are socialist, they have this bloated welfare system.” What they don’t realize is we have a bigger one. We have a bigger welfare system as a percentage of GDP; we spend more than any other country except Sweden. This is a fabulous country to be poor in if you’re an American. But you don’t notice it because in America it’s hidden in 72 different federal programs and a host of state programs and a bunch of urban programs, not to mention private charities. It’s as if the whole point was to make sure the right hand didn’t know what the left was giving, but it’s more like trying to make sure the right-wing doesn’t know what the left-wing has done. We are fabulously generous and if we think that we must be freer than Holland because they are socialist, that just shows we don’t have a single clue about the American welfare system.

We spend all this money, but it doesn’t seem like we do as good a job as taking care of the poor or building a social safety net as some of those other countries in Europe and Scandinavia. Is that true, and if so why is that? I don’t know. I’m not an expert. All we know is our local communities. I look at my local community and I think we do a darn good job. I’ve taken a look at what some of the housing is here and it looks darn good. There are all of these little programs and we seem to take care of people fairly well.

Is that the problem, that we have so many programs? In Europe you have single payer healthcare and public education is much cheaper. Do they just do a better job of consolidating their welfare state? I think that would help a great deal. I can’t think that Obamacare is superior to the form of national health that I knew in Canada. I’m not an expert in healthcare so I’m not going to opine on it. Certainly, Obamacare was an utter and complete disgrace, not the least of which was the failure to address the idea of lawyers gauging the system with their medical malpractice claims. They didn’t want to touch that because trial lawyers are a big Democratic constituency. With respect to tuition, I completely agree with you. I don’t know that the answer is entirely free education; that doesn’t sound right to me. But I’ll tell you one thing, there is a ticking time bomb in millennial student debt. I think this would appeal to Donald Trump, but I think we are going to have to change our bankruptcy laws to permit people with tremendous debt loads in student debt to bring them off in bankruptcy. I don’t believe in bailing out the colleges in any of this, but if you have hundreds of thousands of dollars in debt in this economy, you’re a debt slave. And our country should be built on the avoidance of slavery of that kind. Back in the day, we didn’t want students to burn up their debt in bankruptcy because there was a lot less of it and jobs were there. But now that jobs aren’t there, and the debt load is ten times greater, we are going to have to do something about that.

This interview has been condensed and edited for length and clarity. 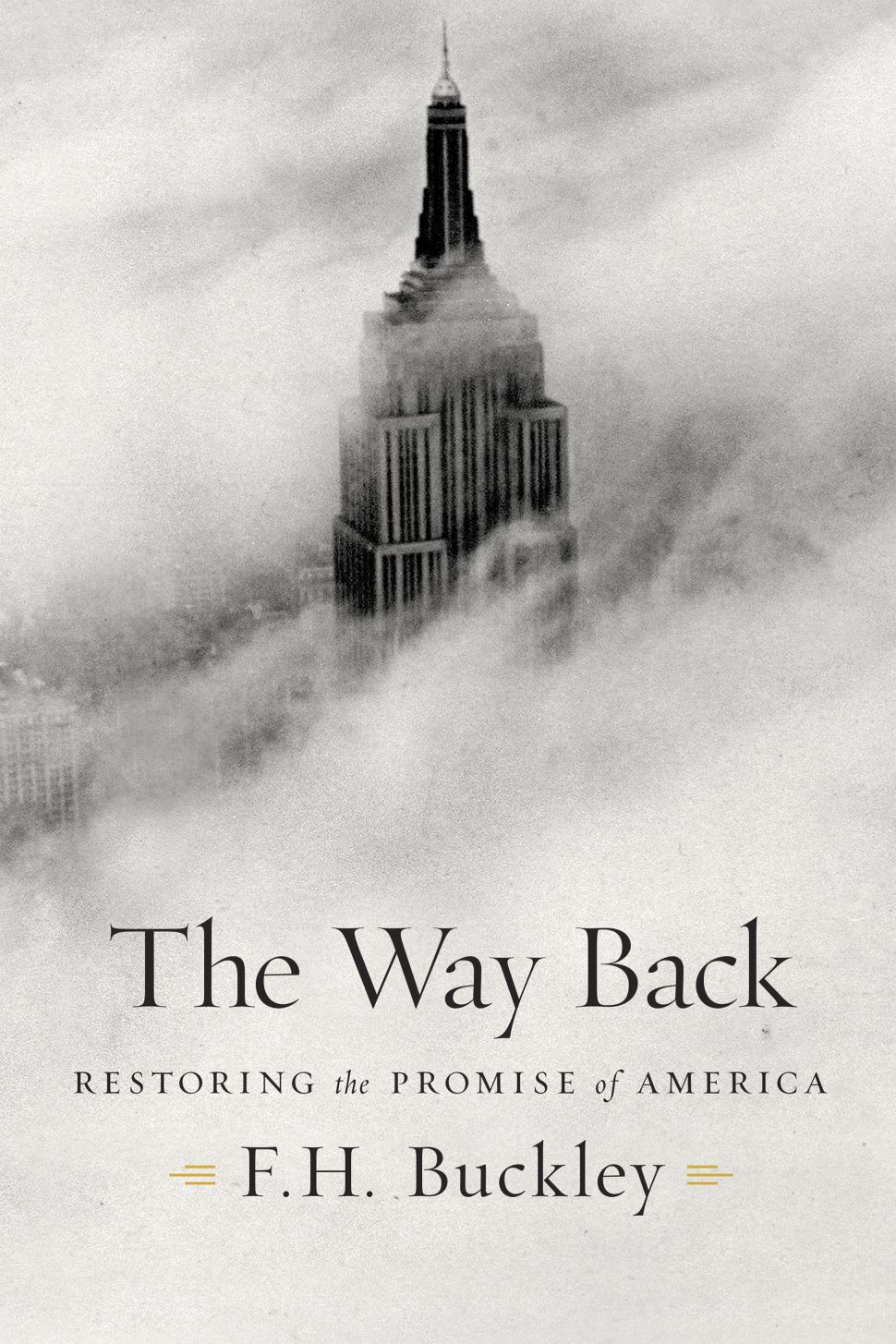