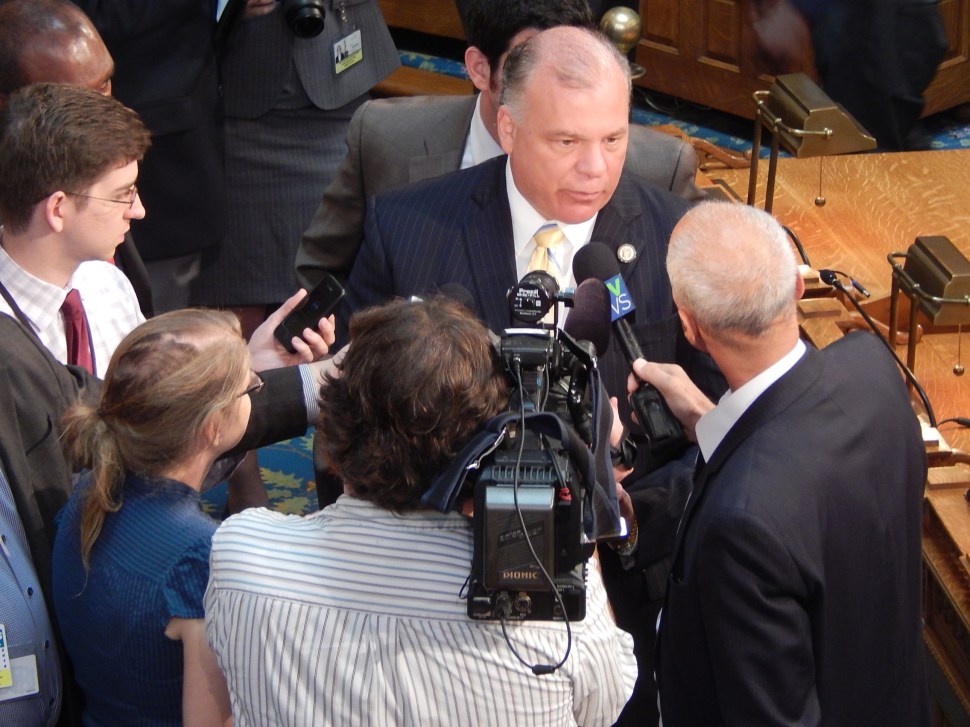 TRENTON – A few scattered orange t-shirts remained in the courtyards around the Statehouse, the last gasping of the Laborers apparently intent on getting upper house lawmakers to fund the Transportation Trust Fund before the midnight deadline as Trenton descended into a nattering of name calling and behind the scenes blame gaming.

“Hurt feelings,” one source described the upper house mood to PolitickerNJ, referring to the bewilderment of the likes of senators Steve Oroho and Paul Sarlo, whose own TTF fix turned into roadkill Monday when Governor Chris Christie bypassed them for a sales tax reduction plan.

Christie tiptoed around the edges of actually outright hobgoblinizing the state senate at his press conference yesterday but more than a few times his voice cut when he invoked that august body.

Behind the scenes, the finger pointing carries more caustic commentary.

Speaking on condition of anonymity, a Republican said Christie wouldn’t have shaken hands with Speaker Vincent Prieto (D-32) unless he knew he could corral the senate. The same source insisted that the governor wouldn’t have proceeded without Sweeney having his back on the bill. The source said Sweeney may have not had every detail nailed down but knew the bare bones of the Plan B for Plan A swap.

The trouble is he couldn’t swing the caucus, the source said.

A Democratic source on the senate side has a different take, and said Christie duped Prieto into supporting a bill backed by the conservative Americans for Tax Reform.  In his mostly subdued five-yard line dance yesterday Christie burnished a letter by ATR boss Grover Norquist as proof positive that the one percent sales tax increase mitigated the worst effects of the 23 cent gas tax hike.

Apparently it’s that same letter that has Sweeney’s caucus in an uproar.

Decrying Prieto as a fool who unwittingly danced to Christie’s Charlie Daniels Band beat, the source said senate Dems are mostly dug in against a bill that would give Christie a Grover Norquist win. The same source denied that Sweeney shook hands on the deal and denounced Christie as a double talker who turned Prieto into a human pretzel for his own ends.

A third source – a Democrat – noted that Sweeney must have known.

“South Jersey Democrats act in lock step, and there’s no way the Assembly Democrats from South Jersey would have voted for Plan B without top down knowledge – the same knowledge that informs Sweeney,” said the source.

There’s also the crushing optics of Sweeney – a 2017 candidate for governor and competing hard right now in a pre-Democratic Primary – appearing amenable to Grover Norquist while failing to fight for those progressive groups railing against the gas tax for sales tax switch. That could be messaged the other way too, though, with labor screaming for TTF to get funded by the end of the deadline.

“Sweeney’s in a tough spot,” acknowledged the third source.

In any event, both Democratic and Republican sources agreed on at least this much: the Transportation Trust Fund appears stalled at the moment, with no end immediately in sight.

One Republican near the senate told PolitickerNJ “there’s not a whisper,” predicting that the matter drifts into the abyss of July and only then gets revisited for a compromise. 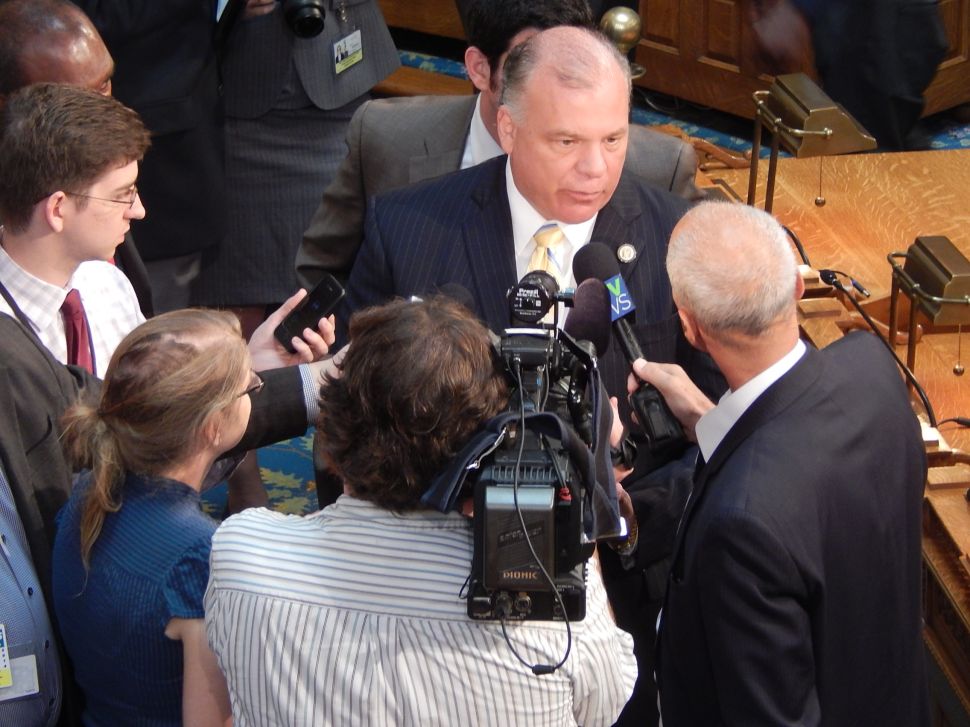