Somewhere inside the mediocre-burger with nothing-sauce that was the Any Given Wednesday with Bill Simmons premiere, Ben Affleck got really, really mad over Deflategate. It’s been speculated that he was drunk, or in an unstable place after his divorce, or still salty that no one liked Batman vs. Superman.

I’d counterpoint by saying while some of those things may be true, Ben Affleck is also from Massachusetts. I know a guy who got punched in the face in front of his small children for wearing a Yankees hat in Boston. And this is Tom Brady we’re talking about. Tom Brady is worshipped in Boston as a deity come to Earth to throw footballs. A New England sports fan going on a profanity-laden, dead-serious rant over Tom Brady just means it’s a day ending in Y.

1) The fact that Batman, who witnessed his parents gunned down in front of him, has lost several beloved sidekicks to murder and betrayal, and has been stabbed by an actual clown more times than any of us can count, would say this about a football controversy— 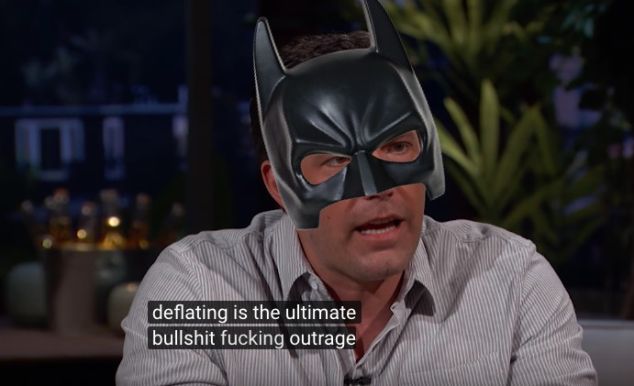 2) The fact that Batman, a critical-thinking tactician with a genius level-IQ, would of course immediately equate Tom Brady’s four game suspension to the MLB – 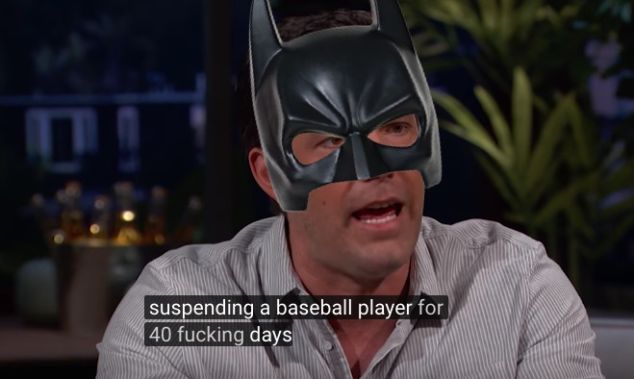 3) The fact that Batman, a technological wizard with a cave full of advanced gadgets and machinery, would absolutely never hand an – 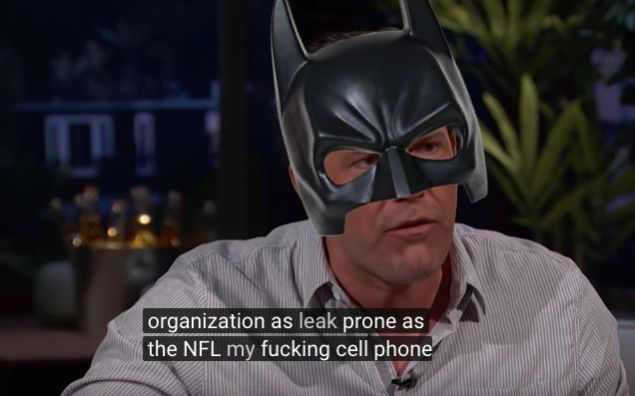 4) The fact that Batman, whose superhuman dedication to cleansing Gotham City of the darkness that claimed his parents has made it impossible for Bruce Wayne to find love, or companionship, or even closeness with another human being, would say something like this — 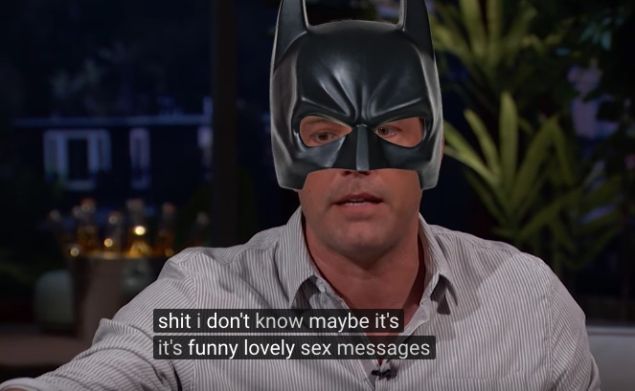 Next week on Any Given Wednesday, Spider-Man weighs in on Stephen Curry’s wife.

[All photos were made with Insta Super Hero Mask and not expertly hand-drawn, if you couldn’t tell] 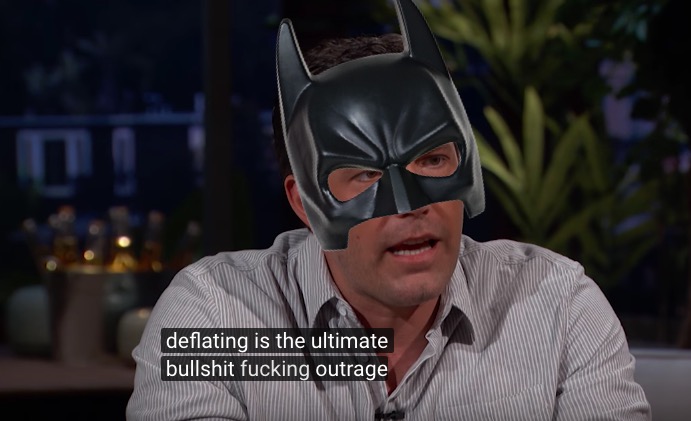