Few, if any, national columnists have written more words during the last year praising the enormous contributions Bernie Sanders has been making to the progressive cause and American democracy than I have. Those words did not endear me to many in the Democratic establishment, and earned me some high-quality hate mail from supporters of Donald Trump when I kept pointing out that there are important reasons that Sanders was crushing him by landslide margins in almost every poll.

And now, when a substantial portion of the progressive populist reforms he has championed is within reach of crossing the goal line and changing America—with my support for almost all of those reforms—he is acting in a manner that contributes to the election of a Republican president, the continuation of a Republican Congress, and the continuation of a Supreme Court majority that would continue to support attacks on voting rights and would make Citizens United and the evils it causes the law of the land for a generation.

Sanders should drop out of the presidential campaign and support, endorse and fight for the election of Clinton as president and the creation of a progressive Democratic Congress. He should support, endorse and fight for the election of a Democratic president who would appoint liberal justices to create a liberal majority Supreme Court that would uphold voting rights, reverse Citizens United, stand up for the rights of workers and immigrants, protect a woman’s right to choose, defend the LGBT community, and shield the environment from the dangers of climate change.

There are two candidates for president who have any chance of being elected. One is Clinton, who stands foursquare in favor of reversing Citizens United and who would fight to preserve the rights described in the paragraph above. The other is Trump and his politics of insults and division. There is another that party wages endless political wars against those rights in Congress and would in the presidency if given the power of the executive branch. That party is Republican.

When Sanders says again and again that he will do everything possible to prevent the election of Donald Trump, the fact is, those words are untrue. And Sanders, who has brought a new level of authenticity and honesty to American politics during the last year, should never say words that are untrue or take actions that hurt the cause he champions.

But….but…but…. when he continually criticizes Democrats and keeps trying to barter his endorsement of Clinton by raising the price of support that should have been given long ago, he helps Trump. He helps Republicans. He helps the right. He helps the conservative Republican justices of the Supreme Court who attack the principles of justice that progressive believe in and who yearn for a Republican president to name new justices to given them a majority for a generation.

Beware of anyone who purports to be on the left who says “Bernie or bust,” who calls for support of the Green Party candidate, who writes so many endless commentaries of hatred against Clinton that they are really of the right rather than the left, or are as politically unwise as those who supported Ralph Nader in the Florida campaign in 2000 when Al Gore—and not George W. Bush—would have become president if they had voted for Gore.

Clinton need not be the perfect candidate for Sanders to realize what is the right thing for him to do. He should support, work for, fight for, and endorse Clinton to be president and Democrats to regain control of Congress—as Elizabeth Warren is doing today—and not allow himself to become a talking point for Trump’s speeches and makes it more likely American will be governed by a Republican president, Republican Congress and conservative Supreme Court majority.

Brent Budowsky formerly served as policy aide to Sen. Lloyd Bentsen and Legislative Director to Rep. Bill Alexander, then Chief Deputy Majority Whip. He holds a law degree from Catholic University, an LL.M. degree from the London School of Economics, and writes a weekly column for The Hill. Email him at brentbbi@webtv.net 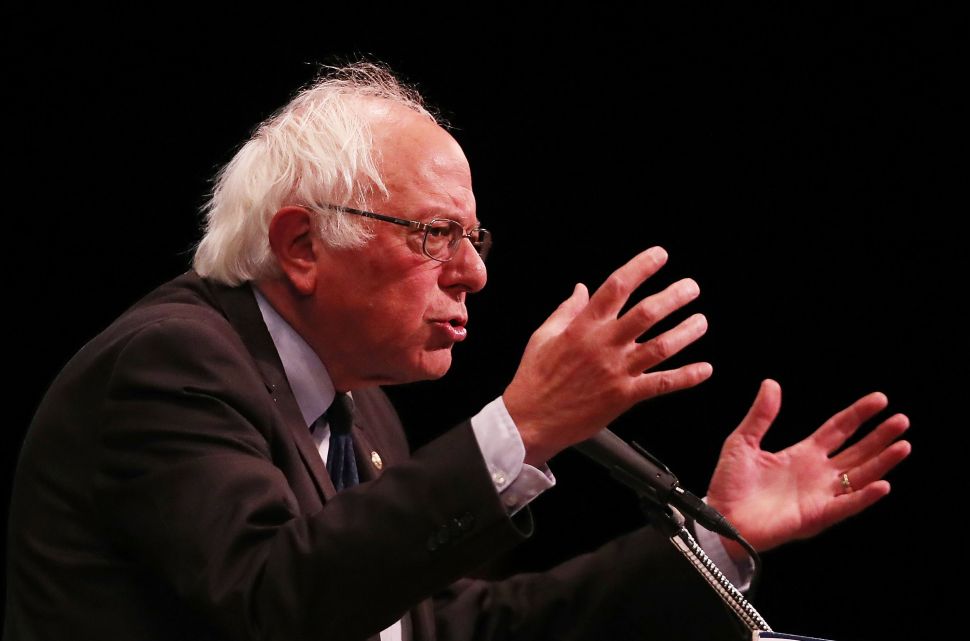