Official Palestinian media is reporting that Israel is poisoning Palestinian wells. The government-controlled media not only continues to publish this story, but they are taking it a step further and calling for international intervention to prevent the murder of thousands of Palestinians at the hands of Israel.

The person the PA claims to be responsible for this would-be heinous act, is non-existent. The group he is reputed to head does not exist.

Obviously, it is all a lie, a myth, a total fabrication—blood libel right out of the Middle Ages. This is a ploy resurrected with the specific intent of discrediting and defaming Israel by the Palestinian leadership.

I was in the small room with maybe 20 people, in Ramallah, more than a decade ago, when Suah, the wife of Yasser Arafat uttered almost the exact same words, claiming that the Israelis are poising the drinking of Palestinian children. Also present in the room—actually the reason we were all gathered there—was Hillary Clinton, who embraced and kissed Suha immediately after the comments were made and later spun the story saying her earphones weren’t working and she did not properly hear what was being said.

Myths and conspiracies abound. In parts of the Palestinian and Arab world these conspiracies are more powerful and more dangerous than the truth.

This latest tall tale was called to my attention by Palestinian Media Watch (PMW), a team that carefully monitors all forms of Palestinian media. PMW reported that the official Palestinian TV reported this as a news story on June 20, 2016.

Here is the transcript provided by PMW:

Official PA TV reporter: “An Israeli human rights organization has exposed a religious ruling issued by Rabbi Shlomo Melamed (sic), Chairman of the Council of Settlement Rabbis (sic), that gave the settlers permission to poison the drinking and the natural wells in the [Palestinian] villages and towns throughout the West Bank.”

“According to the Jerusalem Post and others who investigated the story there is no such rabbi and no such rabbinic group.”

“In other reports the media and Palestinian leaders call the rabbis group the Council of West Bank Rabbis and Council of Settlement Rabbis of the West Bank.”

This is just preposterous. And it’s not even a good lie. The language itself proves the lie.

When nations around the globe are working hard to find a framework in which the Palestinians and Israelis can partner for peace, the question begs asking: Why would Palestinian leadership propagate myths rather than educate and encourage their children to break down the myths?

And the lies continue. WAFA, the official Palestinian news agency, reported the same story.  The Arab League called on the world to intervene and save the lives of thousands of Palestinians.

The entire story was generated and the lies were spawned directly by Palestinian political leadership. It happened on June 19th, the day before this coverage. The Palestine Ministry of Foreign Affairs released an official statement that read:

“This call by Rabbi Mlmad [sic] is considered a crime against humanity because it targets humans, animals, corps and all forms of life in the occupied Palestinian territory.”

“The ministry held the Israeli government full responsibility of the consequences of such calls. It demanded the arrest of the Rabbi for inciting murder and the enforcement of necessary procedures to protect Palestinians from individuals who might attempt to poison sources.”

This is the official diplomatic stance of the Foreign Ministry of Palestine. It is the backbone of the official TV report.

When this type of canard against the Jews was first perpetrated it was called “the poisoning of the wells.” It was one of three very common attacks against the Jews during the Medieval Period. The first is the Blood Libel in which Jews were accused of taking a Christian child’s blood in order to bake Passover matzah. The second is the Host Desecration in which the Jews were accused of ceremonially re-enacting the Deicide by stabbing matzah and murdering Jesus. And then, of course, the Poisoning of the Wells.

There are academic discussions as to the exact origin of each of these myths. Most agree that the Blood Libel began in England.

We have an absolute date for the poisoning of the wells—1346. That was the advent of the Black Plague also known as the Bubonic Plague.  It was a time when one in three Europeans died an awful death. Rumors developed as people tried to find a reason for this catastrophe,  and the myth emerged that the Jews had poisoned the drinking of Europe.

Hatred and fear runs deep and is often culturally engrained. But today, especially when nations around the globe are working hard to find a framework in which the Palestinians and Israelis can partner for peace, the question begs asking: Why would Palestinian leadership propagate these myths rather than educate and encourage their children to break down the myths?  Why is the Palestinian official leadership preaching and fostering canards imbued with fear and hatred? 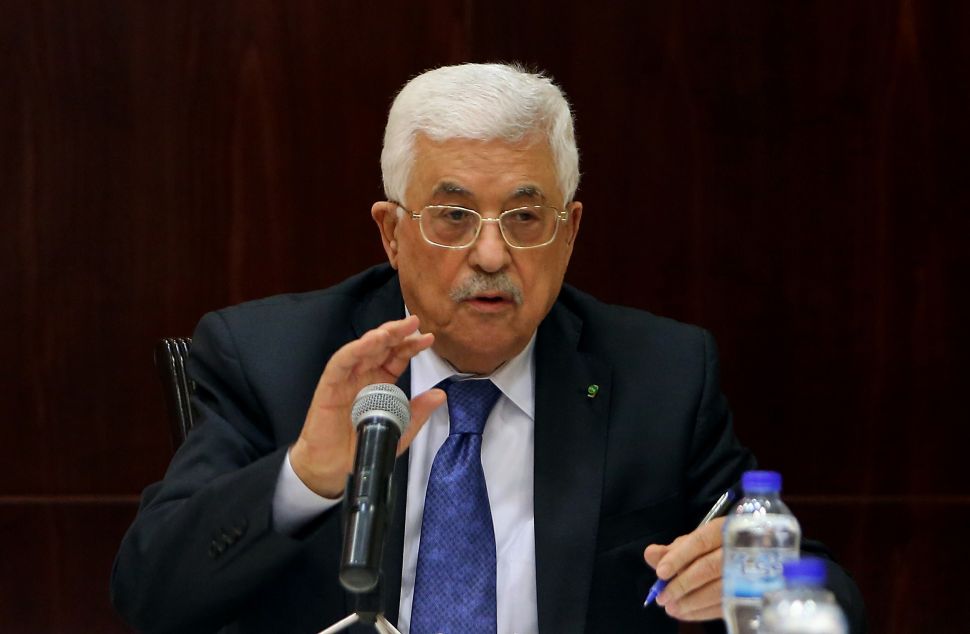