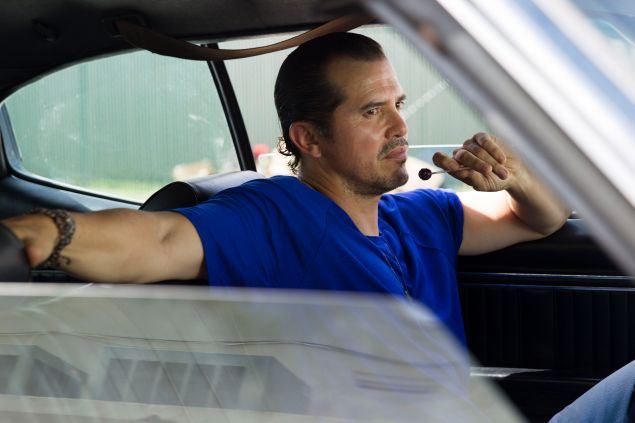 Kevin Rayburn. Still the most useless Rayburn by a country mile. Given that Kevin rolled up to a local organized crime boss and returned only half of the drugs he stole off of him and then assumed everything would be cool is just astounding, especially considering that the coke dealer he sold to was already killed. Oddly enough, it’s Kevin’s own stupidity that saves him when it should be burying him. While Lowry’s goons are tailing him, Kevin manages to get into an accident, and the people who are clearly trying to murder him flee the scene. So, congratulations to Kevin for fucking up just enough to tip the scales in his favor, except he was also dumb enough to have a small bag of coke on his person, thus buying him a ticket to jail for the night, a year’s worth of probation, and a court ordered stint in a 12-step program.

Perhaps it’s the dynamic of the Rayburn family, or maybe all families, to cycle in a new resident fuck up once the designated black sheep either gets their shit together or bites the dust. Now that Danny has passed, Kevin is trying to fill his dead brother’s dirtbag shoes. Kevin even took up Danny’s old profession of dealing drugs. Still, Danny managed to be somewhat successful at being a criminal because he was smart enough to stay one or two steps ahead of everyone else. However, Danny has at least 20 IQ points over Kevin and he still managed to end up drowned by his brother and blown up on a boat. So much for being smarter than Kevin. Perhaps the key to surviving in the Rayburn family is behaving purely on unmitigated impulse and then handing the reins over to John when it’s time for damage control.

Although Danny’s corpse has been blown to smithereens, he never quite leaves. The specter of Danny looms over John. In fact, John has been having some illuminating chats with Ghost Danny while debating the merits of letting Lowry release the contents of Danny’s incriminating mixtape to the authorities after busting his drug run or allowing Lowry to blackmail him into becoming complicit in the smuggling operation. After all, Kevin’s cocaine stunt effectively killed the plea deal that would have resolved this whole debacle in a neat little bow. Instead, the resolution to the Lowry headache is much bloodier, but hey, it works in John’s favor, so hooray? How convenient was it that when John decided to sic the DEA and the police on Lowry’s drug run that the father of one of the human trafficking victims from the first season decided to avenge his daughter’s death via stabbing. Never mind the fact that Lowry probably has six inches and sixty pounds on this guy, let alone a goon squad at his disposal. But hey, Vicente has the unfiltered rage of a man who lost his daughter and one who was promised prison time for Lowry, only to see him wriggle out of a plea deal. That must bring about the same kind of adrenaline rush that allows moms to lift 18-wheelers when one of their kids gets pinned under one.

As I mentioned before, there’s something about being a Rayburn, well, about being John, Kevin, or Meg, that makes one feel like they’re above everyone else in The Keys. That upper middle class entitlement becomes apparent when Meg has the gall to be surprised by the fact that she’s been fired from the law firm in New York. It shouldn’t be surprising. She did, after all, get obscenely drunk at a client meeting, blow off a meeting with a new client, and seems to think shouting “IT WAS A FAMILY EMERGENCY!!!” at her boss ad infinitum is enough to get her off the hook.  She also thinks nothing of drunkenly crashing Marco’s date and slurring a warning about how Georgina…er…Gabriella better not fuck around on him like she did. So much for her high school days when she could just jump from one dude to the next on a whim.

Her horrific restaurant display also manages to prompt Marco to show up at her door and dress her down for her drunken territorial pissing all over Gabriella. On the way out, he stops by her car and scrutinizes in a way that makes Meg jump out of her skin.

Now that New York is off the table, and Meg is stuck back in the Keys, like a black hole crushing her like a dying star, she gets the honor of working for her brother’s campaign. For some reason they seem hell bent on running a clean campaign against the incumbent Aguirre. Oh really? Now you guys have scruples? After you covered up a murder? However, it doesn’t take long for Meg to toss those principles out the window once Beau Bridges dangles some much needed campaign contributions and a manilla envelope full of dark Aguirre family secrets in front of her face. Hmmm, what could the generous new patron possibly want in return? God, everyone in this family was born to be a mark.

In other news, we’re forced to an endure a drunk, sweaty, and angry John Leguizamo (Ozzy) hiding his nakedness behind a conveniently placed beer can in a seedy motel room. Andrea Riseborough (Eve)  is also naked as a the day she was born, save for a pair of tawdry high heels, and glowing with a sheen of sweat. She’s also splayed out in front of a pizza, so girl knows how to live. Lord knows she’s gonna treat herself to some extra toppings once she manages to somehow extract the monthly payments that Sally cut off. Ozzy is running hot, ready to enact some swift and severe vengeance on the Rayburns, but Eve is playing a more calculated long con. They both clearly have their plans in motion, especially Ozzy, who is letting John know that he’s well aware of how he watched as Danny was set up to get murdered in the Red Reef Inn in room seven. 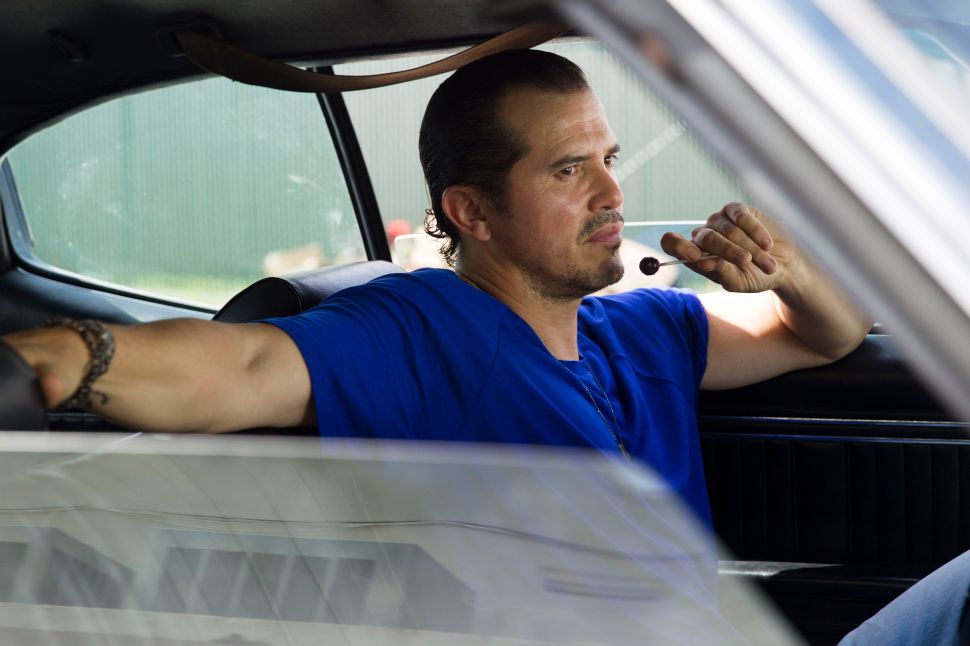