Have you caught up on Bojack Horseman? If not, the first two seasons are right there on Netflix, and you have until July 22 before the third season premieres. Please, don’t let the fact it’s a cartoon, populated by talking animals, one of which is a labrador retriever named Mr. Peanutbutter voiced by Paul F. Tompkins, turn you off. Underneath the Nickelodeon color palette Bojack, starring Will Arnett as the titular talking horse, is a faithful, sobering look at fame, depression and swimming the Pacific-sized gray area in-between. Seriously, throw a rock in L.A. and you’ll hit a character from this show, except instead of a talking animal it will just be a sad actor who isn’t even surprised you just hit them with a rock.

Plus, yeah, the show’s just really funny at the same time. I watch this Charlie the Intern clip five times a day, minimum.

Season 3 finds Bojack in unfamiliar territory—happy, fulfilled, and starring in a movie made outside the ’90s. This, of course, ruins him completely. This season, he looks to “tackle life’s big questions,” Netflix says. “What is success? Can two people ever truly connect? Why is Mr. Peanutbutter so annoying?” I mean, to be fair… 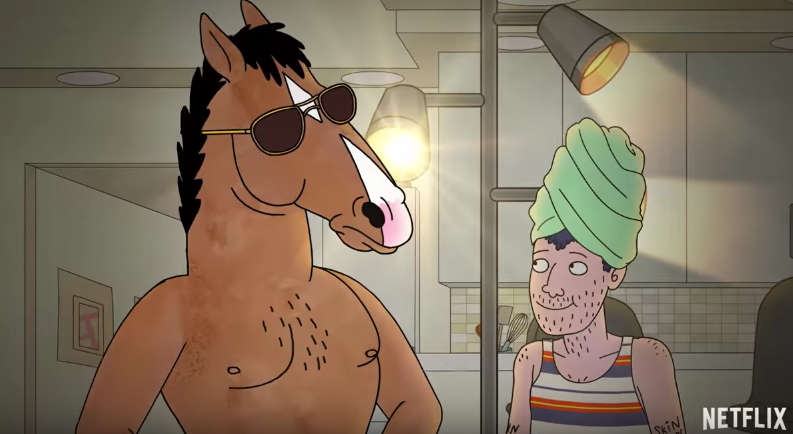