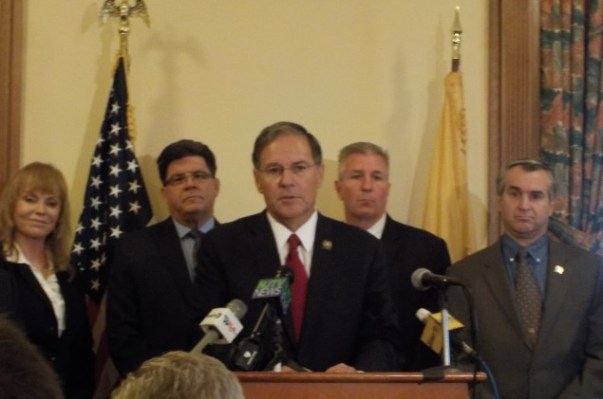 After a bill to constitutionally mandate that the state make quarterly public pension payments advanced in committee Monday, Republican lawmakers and business groups are calling for the legislature to reject the plan in favor of cuts and reform. The bill, which cleared the Assembly Judiciary committee today, would require half-payments toward the state’s $83 billion pension shortfall starting in 2017, then full payments in 2021.

“It ties our hands and jeopardizes school aid and property tax relief by removing our ability to balance all priorities against available revenues,” Bramick wrote in a statement. “Without meaningful structural changes that make pensions affordable, our pension obligations will grow and the state’s credit rating will continue to fall.  The non-partisan pension study commission put forward an alternative that would avoid this calamity for our state and this injustice for our taxpayers.”

The commission’s report said that fully funding the state’s existing pension system would “inevitably force cuts in essential services such as education, infrastructure and public safety,” pointing to a Moody’s prediction that the state’s revenues will not rise at the same pace as its pension obligation. The commission recommended that the state cut health benefits by $2 billion, and use those funds to pay for pension benefits earned to date.

“If our constitution is amended to require annual pension payments, it would create an annual budget crisis that would pale in comparison to anything we have seen before, Siekerka said. “Under this amendment the state would be required to make pension payments before anything else.”

The measure is one of many that the Democratic caucus has chosen to pursue through constitutional channels rather than risk a veto from Governor Chris Christie. Both houses approved the amendment during the last legislative session, and it will need to be approved by a simple majority in both houses in two consecutive years to go on the ballot.

Democratic supporters hope that if the pension funding amendment succeeds in the legislature, it will join a plan to raise New Jersey’s minimum wage to $15 and a referendum on allowing new casinos in North Jersey on the 2017 ballot.

Assembly Speaker Vince Prieto (D-36) said that the amendment should go to voters because they share the burden of the shortfall’s impact on the state economy.

“The discussion regarding public employee pension funding in this state is littered with broken promises and irresponsibility,” Prieto said. “This is a pragmatic solution to a two-fold problem – fulfilling our commitment to public employees and re-establishing financial stability and long-term solvency for our state.  It’s time to hear what the voters have to say about this important issue.” 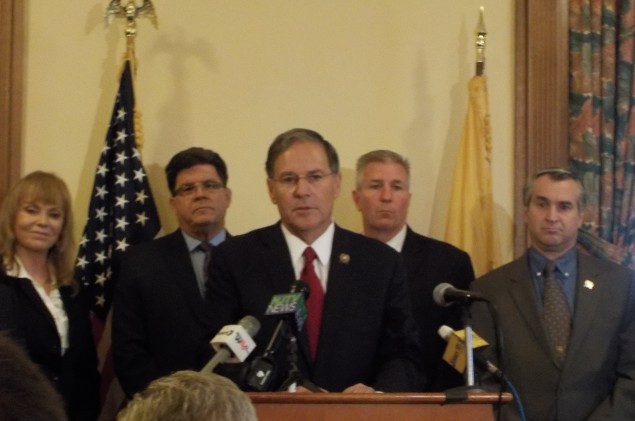