Once again Hillary’s been caught lying about her criminal mishandling of classified national security information. Recall that Ms. Clinton swears none of the emails which passed through her off-the-record email server system was ever marked classified.

Uh oh. Au contraire, madam, once again you are exposed as a liar.

Fox News gets the credit. In an exclusive report published June 11, Fox News revealed that one of Ms. Clinton’s emails had a “portion marking” that identified the specific information contained in the “portion” as being classified. That means the information was sensitive and was legally protected.

The information had the lowest level of classification, Confidential. It discussed a phone call with the president of Malawi, Joyce Banda. Fox News included an information-rich screen shot of the email.

Let’s take a quick trip through the email. The original email with the classified information marking was sent on April 8, 2012, when Clinton was still the Secretary of State.

The original email has an uncomfortable typo, given Benghazi, where people died then Hillary lied. The sender, Monica Hanley, clearly meant time “windows” but, well, here’s the typo. Should the 7:30 AM time window not work for Clinton “we will find other widows that work for you tomorrow.”

Follow the trail of evidence: Clinton appears right there in the email thread, responding on April 8, 2012 at 10:37 pm. “7:30 works for me,” Clinton writes, confirming she has an available time “widow” for a phone call whose purpose is classified CONFIDENTIAL.

Let’s stipulate that the Secretary of State intends to extend her condolences—minor stuff, this isn’t nuclear war, she isn’t resetting relations with Vladimir Putin.

But drop your gaze down the page: the rest of the email is redacted. Blank. Blanked out.

The Fox News article discusses the redactions. Quote: “Everything after that was fully redacted before it was publicly released by the State Department — a sign that the information was classified at the time and dealt with sensitive government deliberations.”

That’s a sign, all right. It’s a signal flare.

This revelation is another drip in the steady drip drip drip drip of revelations regarding Hillary Clinton’s criminal mishandling of classified national security information.  It demonstrates why the FBI is conducting a criminal investigation.

As I wrote this past February, Clinton committed a crime involving the mishandling of classified information. However, the mainstream media still frame the issue as an “email scandal.” Clinton assures us that she won’t be indicted. However, she also assured the world that no information marked classified passed through her server.

We now have evidence that classified information did pass through your rogue server, Hillary.

And rogue server it was. The recently released State Department’s Office of the Inspector General report gutted several other Clinton lies, especially her claim that she and her staff used email communication procedures permitted by the State Department and employed by other former Secretaries of State.

That claim was false.

The noose continues to tighten. 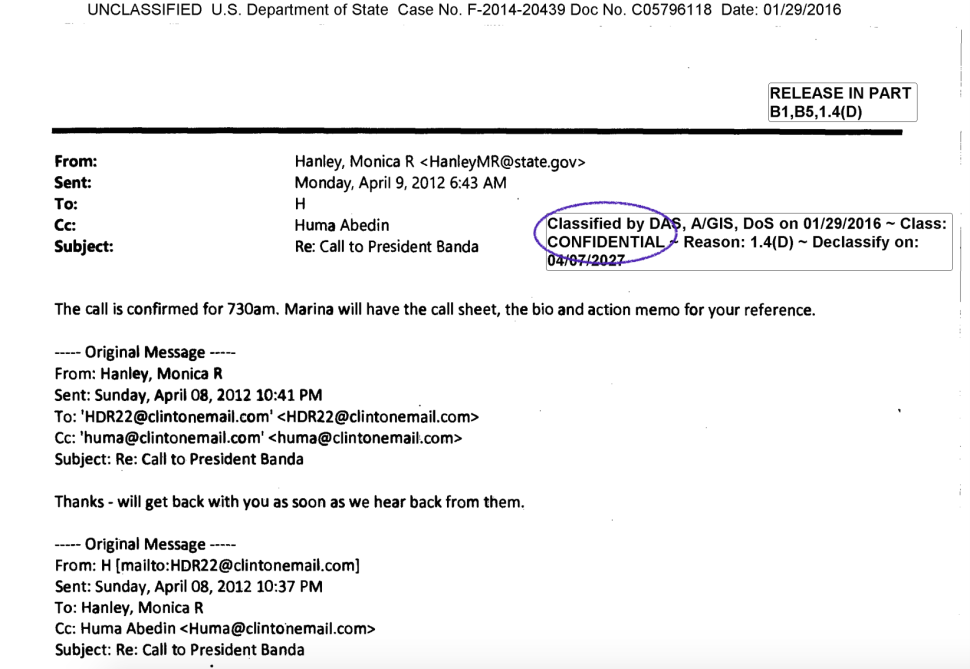