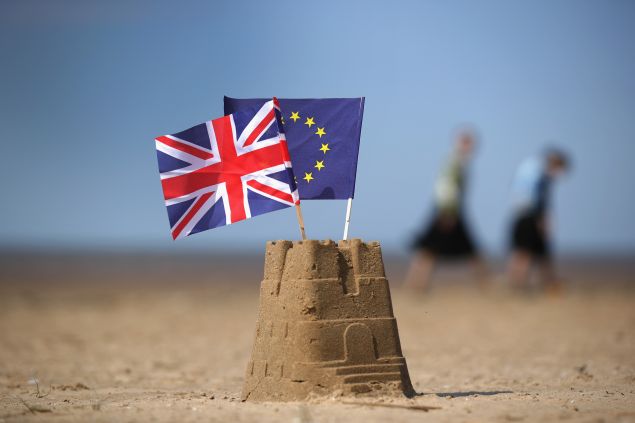 In this photo illustration the flag of the European Union and the Union flag sit on top of a sand castle on a beach on May 09, 2016 in Southport, United Kingdom. (Photo: illustration by Christopher Furlong/Getty Images)

In the shadow of our presidential election is an impending vote that is only slightly less consequential for American interests—and significantly more important for Europeans’: Brexit. On Thursday, British, Irish and Commonwealth citizens over 18 will vote in a referendum on whether the U.K. should remain in, or exit, the European Union. Current polls show a slight tilt toward remaining, but have vacillated back and forth in recent months.

The EU started as a trade agreement in 1951 between six European countries intent on healing rifts between nations in the wake of World War II. Today, there are 28 member nations, and the EU has morphed into an ungainly bureaucracy. The “logical” arguments focus on the hit the British economy might have to endure should the U.K. exit. Perhaps the strongest argument for remaining was articulated by Admiral James Stavridis, the supreme allied commander at NATO and the dean of the Fletcher School of Law and Diplomacy, in an exclusive statement to the Observer:

“The United States is made vastly stronger by a unified, coherent political entity across the Atlantic—and a British exit immensely diminishes the European Union, our most important global partner. For all its imperfections, the EU is a force for good in the world that will be much smaller and less capable without the United Kingdom—which would be bad news for the United States.”

Most economists agree that an exit’s impact on the growth of the British economy might be between 1 percent and 2 percent. Renegotiating trade deals would be costly with little apparent upside. But it is also widely accepted that the EU’s byzantine regulations strangle business innovation, even while ostensibly promoting free trade.

But even this consensus on the economic impact of an exit is little more than guesswork. We were privileged to listen to a dinner-table conversation about Brexit between Ali Wambold, a former head of European M&A for Lazard and Glenn Hubbard, the dean of Columbia Business School and a former chairman of the President’s Council of Economic Advisors. When someone echoed Queen Elizabeth II’s question about the 2008 financial crisis, “Why did no one see it coming?” Wambold presciently noted, “If they failed to foresee a catastrophe that did occur, is it really so unreasonable to question their forecasts of a catastrophe that will occur, from Brexit?”

Hubbard commented, “Brexit, like most cases of divorce, is harder in practice than in theory. The economics are not positive. The larger issue for many voters is a political one: Can those voters stomach an increasingly sclerotic EU, with an immigration crisis as well?”

London’s cabbies agree that the real issue is immigration.

The Schengen Agreement was supposed to allow free movement and employment within the member countries. But the real issue driving the debate is, of course, open migration. And in the wake of the Syrian crisis and the Arab Spring, the realities have subsumed the theory of open borders.

The Observer does not take a stand on whether Britain should exit or not. That should be left to the people whose lives, traditions and futures will be most affected.

We should note, however, that we are distressed by President Obama’s inelegant and hypocritical weighing in on the issue. He rather bluntly threatened the Brits that if they choose to exit, the U.K. will “go to the back of the queue” on renegotiated trade deals with the U.S. Obama conveniently forgot his own pique and criticism of Benjamin Netanyahu when the Israeli prime minister had the temerity to address Congress on an existential threat to his nation represented by the Iran deal.

Let us just say we are watching with interest, but place our self-interest behind those whose lives and futures are most affected. 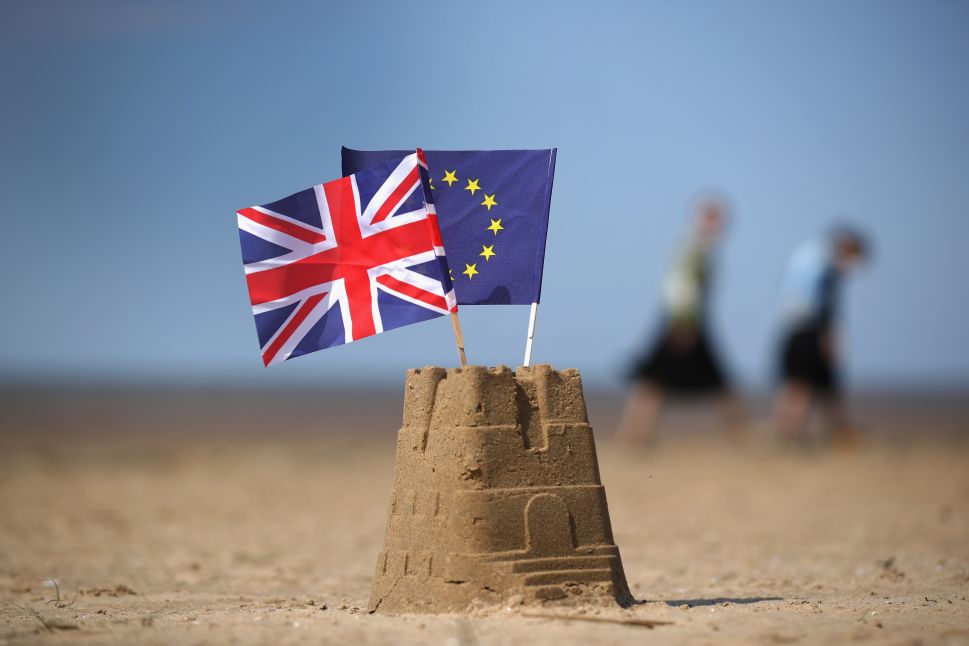