Following the announcement of a new anti-casino expansion group in the run-up to November’s vote on a ballot question to allow new casino locations in North Jersey, one Atlantic County legislator is calling the proposal to amend the constitution and allow new casinos incomplete.

Republican Assemblyman Chris Brown (R-2) told PolitickerNJ Monday that without a firm tax rate of 50 percent or higher in place, he believes the bill and ballot question from Senate President Steve Sweeney (D-3) will not present an accurate picture of the potential risks and rewards of voting ‘Yes.’

Improvements to roads leading in and out of Jersey City and the Meadowlands, the frontrunners for the new locations, could also present unpredictable costs.

“It bad for the state as a whole because ultimately, it will cannibalize Atlantic City.”

Sweeney has said that the tax rate will need to be less than 50 percent because of stipulation that each casino invest at least $1 billion in its property. Existing Atlantic City casinos pay less than ten percent of their gross gaming revenue.

Brown said the bill’s lack of a specific tax rate “guarantees the state not raising enough revenue to overcome the losses it will bring to Atlantic City. It is also clear that road infrastructure will have to be done in order to support new casinos, and there has been no plan for how that’s going to be funded.”

Brown said he has been active behind the scenes with the newly formed No North Jersey Casinos Coalition. His Democratic counterpart Vince Mazzeo weighed in as a supporter and member of the new group earlier that day.

Deutsche Bank came out in favor of expanding gaming in May, predicting that Atlantic City will face further casino closures whether those losses stem from in-state or out-of-state competition.

Competition from neighboring Pennsylvania, Connecticut and Delaware will ”continue to take its toll on AC gaming revenues and lead to even more resorts closing in years to come,” their report read.

“We would expect Taj Mahal as well as a second Boardwalk casino to join the list of shuttered properties in the outer years.” 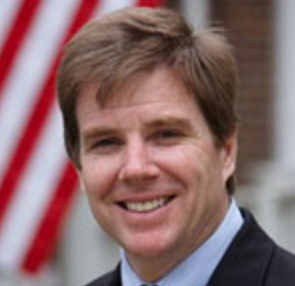