EVESHAM — The Republican bid for the governor’s mansion in 2017 saw another early development Wednesday as Evesham mayor Randy Brown formally announced the formation of his “One Team, One Vision, One New Jersey Political Action Committee.” Though such committees are usually precursors to bids for elected office, Brown said the PAC will merely seek out ways that the state can clear the path for new private investment.

Burlington County Republican chairman Will Layton joined Brown for the announcement, after helping Brown to create the PAC along with members of the Evesham Township Council. Layton and his organization will face a more pressing challenge this year, when the presidential election is expected to drive Democratic turnout in his county and across the state.

“There’s certainly different ways we can go, and ideas that we have,” Brown said. “And part of this PAC and being with this great group of individuals is to find some solutions in the next couple months, and go around the state and talk to other mayors.

“I know the struggles that they have. It’s not easy, but I want to be their partner.”

After thanking Layton for his help in establishing the PAC in his remarks to the crowd, Brown told PolitickerNJ that the Republican nomination for Governor Chris Christie’s successor is still too far out to predict. Citing red tape and slow-moving county, municipal and state approval processes, Brown said that development — not a gubernatorial bid of his own — will be the group’s priority.

“The longer it waits, the more money you have to pay to your attorney, to your engineer, to your planner.”

Lieutenant Governor Kim Guadagno announced her own “We Care About NJ Political Action Committee” in April. If Brown does choose to run for the nomination, the mayor will be competing against early favorite Guadagno and a shortlist including Assembly Minority Leader Jon Bramnick (R-21) and Assemblyman Jack Ciattarelli (R-16).

Calling Guadagno “one of the leading contenders” for the nomination, Layton said he and the Burlington County Republicans are not overly concerned about the potential down-ballot effects of Donald Trump’s candidacy in the meantime. The Republican-controlled freeholder board there wrested two seats from Democrats Aimee Belgard and Joanne Schwartz during 2015’s sleepy state Assembly elections, but could lose a seat this fall if the pattern of Democrats turning out in presidential years holds.

Though Belgard and Schwartz swept in on President Barack Obama’s coattails in 2008 and 2012 respectively, Layton doubts that Democratic frontrunner Hillary Clinton will cast a similar long shadow if she faces off against presumptive Republican nominee Donald Trump in November.

“We always worry about that, but I think elections are always about contrast,” Layton said of the possibility of losing a seat. “And there’s very little excitement over Hillary Clinton. I mean, Hillary Clinton is no Barack Obama. So I don’t anticipate us seeing the same amount of energy and excitement that we’ve seen in the past for other Democratic candidates, because there just isn’t much.

“She’s only beating Trump by four or six points. At this time eight years ago when Obama first ran, he was already well into the fifties. He was crushing every Republican candidate.”

As for Trump himself, Layton said he expects many voters will have their reservations. 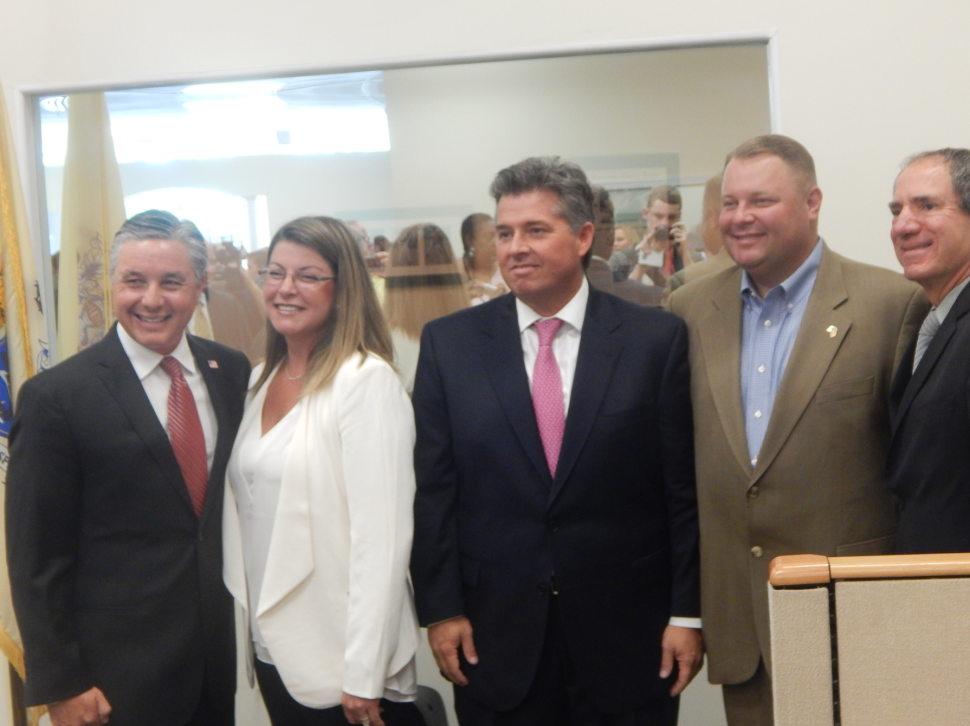