Call of Duty: Infinite Warfare releases in five months, which means players will be able to shoot each other in the head surrounded by the vast emptiness of space.

The first-person-shooter is one of the most infamous titles in video game franchising, known for immersive and convincing war settings. Its next installment takes place in an imagined future of interstellar colonization. In the scene queued up above, the team behind the game demonstrates unique new ways to kill enemies when loosed from the bond’s of Earth’s gravity.  The character uses his grappling hook to snatch a hostile, pull him close quickly (very Bionic Commando) and then rip his mask off, killing him by exposing his face to the airless vacuum of space.

This is the kind of violent material that makes parents groups and political leaders point to in the aftermath of tragedies, but a research team outside Philadelphia has been doggedly crunching the data around games that simulate violence and the world’s real attacks to see if the connection bears pursuit by policy makers. “Our biggest fear is that politicians, the media and some researchers who continually argue violent video games cause horrific acts of violence are causing the public to lose focus on the real causes of violence,” Patrick Markey, a psychology professor and director of Villanova University’s Interpersonal Research Laboratory told the Observer in an email.

In Australia, for example, the worldwide release of video games has often been either banned or censored due to violence, among other kinds of content deemed objectionable.

Critics of video games have been eager to point to evidence that gameplay can increase feelings of aggression, which Markey acknowleges. “Video games might cause players to form thoughts and even some violent ideation,” he wrote.  “However, for me, the more central questions is whether or not such thoughts results in real acts of violence.  I think the data are pretty clear at this point that such media does not cause severe acts of violence.”

As a preponderance of violent acts, particularly mass shootings, are committed by young men. The overwhelming majority of young men play videogames and most of those games contain some kind of violence. In a 2014 paper, Markey and his collaborators wrote, “”Finding that a young man who committed a violent crime also played a popular video game, such as Call of Duty, Halo, or Grand
Theft Auto, is as pointless as pointing out that the criminal also wore socks.”

In that paper, investigated the connection between games and real world violence in four ways, including over time and following the release of notoriously violent games. He found no substantive link in any of these cases. In his paper, he argues that evidence for relationships between phenomena with multiple causes is stronger when it can be found across multiple, similar hypotheses. Markey poses four different hypotheses for ways games could engender violence and finds no relationship.

In fact, there appeared to be slight dips in violence following the release of some games, when looked at seasonally (though the researchers offer this finding with a note of caution).

However, research that Markey has published so far focuses on violent crime broadly. Since the 1999 shootings at Columbine High School in Colorado, the regular recurrence of mass-shootings has become its own category of crime, distinct from prior forms in its more difficult to pin down motives. We asked Markey whether or not games could somehow be related to this increasingly more common category of crime, even if it’s unrelated to more typical street violence and crimes of passion.

“I don’t doubt that some mass shooters played violent video games—but again, almost all adolescent males play violent video games,” Markey wrote. He explained that there has been less interest in video games among perpetrators of school shootings than the general population, (13 to 25 percent versus 70 percent of high school students).  Further, using time series data, he found no relationship between mass shootings and the publication or sales of video games.

This research will be described in his forthcoming book, which he wrote with Chris Ferguson, Moral Combat: Why The War on Violent Video Games Is Wrong. See more detail on Markey’s findings in his 2014 paper, “Violent Video Games and Real-World Violence: Rhetoric Versus Data,” published in Psychology in Popular Media Culture. Markey spoke about the topic on Friday at the 2016 Games For Change Festival at the New School, a conference on how play can drive social change. 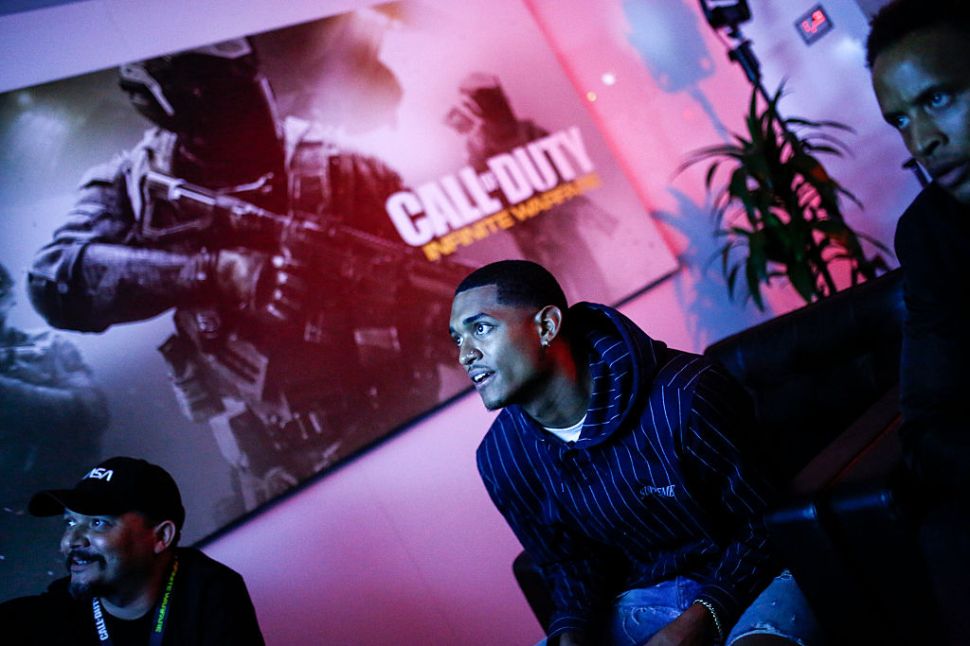