In Puerto Rico, the Sanders campaign recently accused local Democratic Party officials of fraud, after they refused to certify campaign officials to help inmates vote, yet all of Hillary Clinton’s officials were granted certification and given access to prisons. In California, Los Angeles City Council member, David Ryu, a Hillary Clinton supporter, intervened to force the Bernie Sanders campaign to change venues for a concert at the last minute.

The superdelegate system has been subject to immense criticism from Sanders supporters, as it provides an outlet for the Democratic Party to essentially select their own candidate before a single vote is cast in the primaries. In 2016, they overwhelmingly chose Hillary Clinton in a coronation. When Bernie Sanders posed a surprising challenge to Hillary Clinton, many of Ms. Clinton’s superdelegates acted as attack dogs for her campaign throughout the primaries.

Establishment Democrats, including elected officials, superdelegates, who currently are corporate lobbyists, have worked in concert to supersede democracy.

Former Congressman Barney Frank and Connecticut Gov. Daniel Malloy, two Clinton supporters who have been frequently cited in the mainstream media for attacks on Sanders, serve as co-chairs of two panels at the Democratic National Convention. Sen. Harry Reid intervened before the Nevada caucuses to call in favors from casino owners to give their employees time off to support Clinton at the state’s caucus. Shortly after the caucuses, Sen. Reid formally endorsed Hillary Clinton and has publicly spoken out against Bernie Sanders on several occasions, especially after the controversial Nevada State Democratic Party Convention. Sen. Barbara Boxer, whose daughter was married to Hillary Clinton’s brother, defended the former first lady amidst the recent controversy at the Nevada Convention. Since then, Sen. Boxer has been an avid attacker of Bernie Sanders preceding the California primary. Several pro-Clinton superdelegates have attacked Sanders and defended Clinton’s deplorable record, from the private-email server controversy to her troubling ties to Wall Street.

The collective term for these Clinton supporters, dubbed by Sanders himself, is the “establishment.” Establishment Democrats, including elected officials, superdelegates, who are currently corporate lobbyists, have worked in concert to supersede democracy. Despite the collusion to get Hillary Clinton elected, these superdelegates act surprised, and in many cases offended, if Sanders supporters allege the Democratic primaries have been rigged in favor of Hillary Clinton from the start. Superdelegate votes aren’t allocated until the Democratic National Convention, but Clinton supporters and Clinton-leaning mainstream media outlets have counted them in delegate counts to push the perception that Clinton’s lead over Sanders is much greater than it actually is. Clinton’s 3 million lead in the popular vote, touted by Clinton and her supporters as evidence of electability, conveniently fails to acknowledge widespread accounts of voter suppression and voter fraud throughout the primaries. It is nothing short of a miracle Bernie Sanders has managed to accrue roughly 46 percent of the vote so far in the primaries with nearly every Democratic Party leader, from the DNC chair down to local party chapters, leveraging their political position at every turn to help Hillary Clinton win.

After the way the Democratic Party has treated independent voters and Democratic voters who support Bernie Sanders, they don’t deserve their support in the general election. 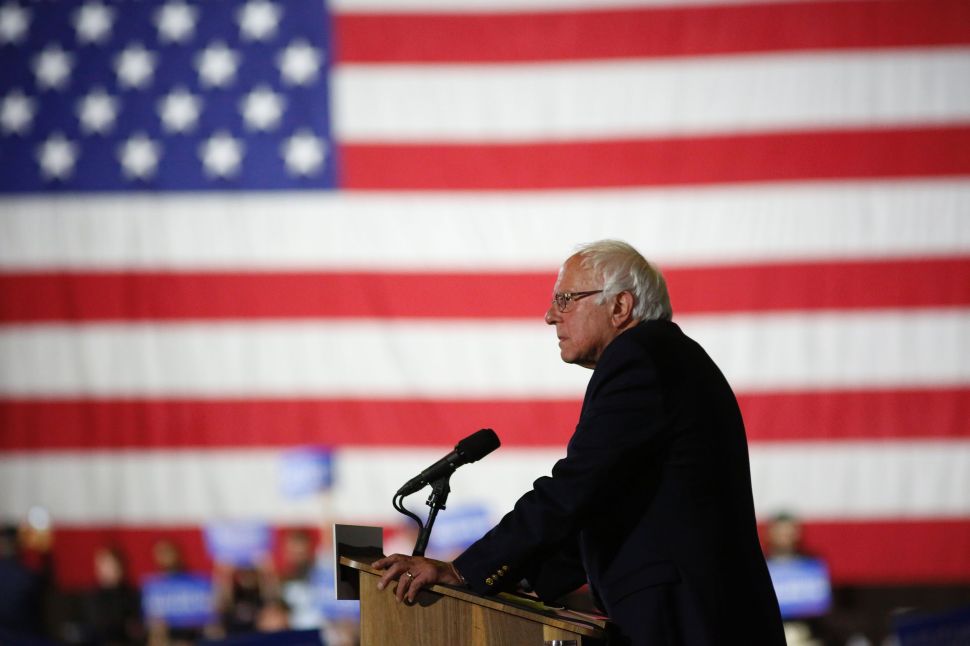