Unlike women, guys are noticeably limited when it comes to shirting options for our upper half. Apart from the edgier, three-armed versions from the likes of Comme des Garçons or Vetements, we are locked into a rotating triad of t-shirt, polo, and long-sleeve oxford. “Every time I had a stain on my shirt, I would go back to the Ralph Lauren or Lacoste store and get the same shirt with no differentiation to it from the previous season,” said Baron Andreas von der Goltz, the creator of ArkWear who is also a German noble and frequent New York social fixture. “I was compelled to reinvent the wheel by creating a better quality polo shirt that has a tie in to my passion of saving wildlife.” ArkWear does just that by offering polo shirts sans polo player or alligator, and instead highlights a rotating cast of four different animals every year to benefit The Wildlife Conservation Society.

Fashion and philanthropy is very much apart of Mr. von der Goltz’s daily life and DNA. His wife, Elizabeth Hui von der Goltz, is a Senior Vice President at Bergdorf Goodman, while his father, Johan von der Goltz, has always been a longtime philanthropist, naturalist, and environmentalist. His efforts have ranged from a yearly award given to a student at Andreas’ all-boys prep school in Massachusetts, to financing eye clinics in Guatemala. “Usually the apple doesn’t fall far from the tree, so I had a passion for helping people and wildlife,” said Andreas. It started in the early 90s when he volunteered often at the Franklin Park Zoo, and when he built a zero-impact rainforest aerial tram in Costa Rica. “The following year I worked as a research assistant to two University of Colorado students,” he added. “We studied whether or not rats lived in trees, and also did a study on what type of tree ferns Tapirs eat while living in the rainforest of Braulio Carrillo National Park.” Now, at the age of 38, he still has an appetite for adventure. Apart from the annual beach getaways where he wears his polo shirts unconditionally,  he recently returned from a far-east journey where he witnessed a host of fascinating wildlife. “My wife Elizabeth and I love adventure filled with wildlife and great food,” he said. “Last year we spent a full week trekking in Bhutan followed by some relaxation by the ocean in Phuket.”

The animals currently on display on ArkWear’s polo shirts – the Sumatran Orangutan, the African Rhino, and the African Elephant – are this year’s chosen critters, as they hold a spot on the Wildlife Conservation Society’s long list of global priority species. “The animals will always fall into one of these different species, and I usually get a wildcard as my choice,” he said. This year’s chosen “wildcard” is the Great White Shark in honor of the always anticipated Shark Week. 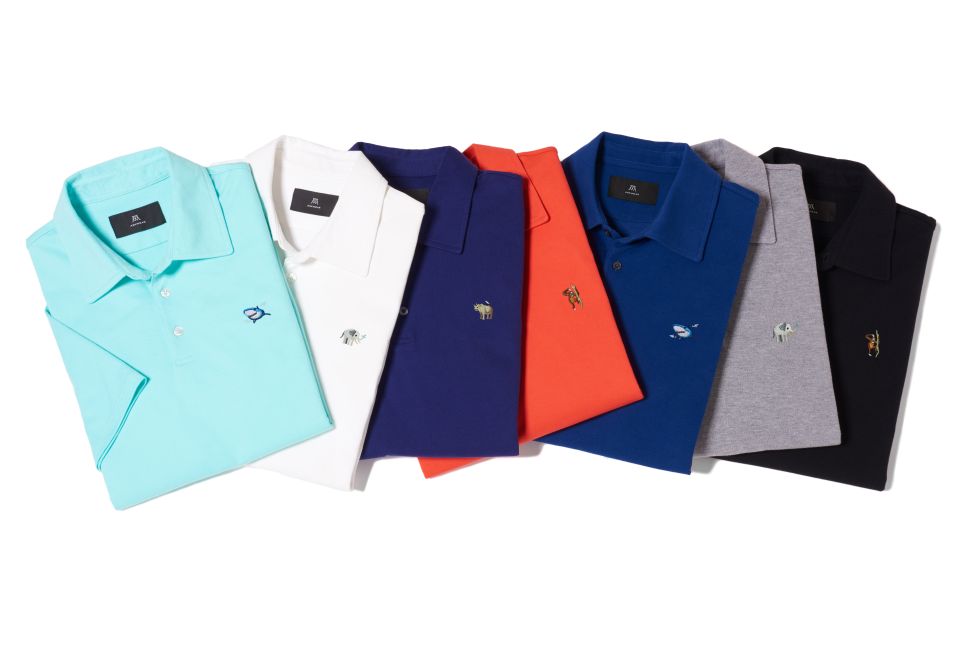