Hillary Clinton survived a closely contested Democratic primary against Bernie Sanders, and now heads into the Democratic National Convention with a comfortable lead in pledged delegates. In fact, even a year before the Iowa Caucuses began, Clinton had solidified more super delegate endorsements than any other Democratic presidential candidate to run in the primaries since the super delegate system was enacted in the 1980s. Yet, despite her cleared path to victory, Sanders has neither dropped out of the race nor has he endorsed Clinton. Rather, the Vermont Senator is unwavering in his promise to give his supporters a voice at the Democratic National Convention in July.

Clinton supporters and mainstream media outlets have relentlessly attacked Sanders for his decision to stay in the race, hoping to discredit and diminish his influence going into the convention. For a presidential candidate with allegedly zero chance of winning, Sanders is being treated as a threat to Hillary Clinton’s presidential nomination.

On June 19, several mainstream media outlets began running the same cheap smear, alleging Sanders is wasting thousands of dollars in taxpayer money by maintaining a secret service detail. A version reported by The Washington Post compares Sanders—who emerged as a viable contender for the Democratic presidential nomination, winning 22 states in the primaries—to former Republican presidential candidate Ben Carson, who dropped out after poor showings in the first few primaries and immediately gave up his secret service detail.

While some of the attacks on Sanders did note Clinton has been provided secret service detail ever since she and her husband left the White House in 2000, they conveniently omitted the steep (taxpayer) cost of her ongoing FBI/DOJ criminal investigation.

Some Clinton supporters, including Debra Messing, even went so far as to shamelessly exploit the victims of the Orlando shooting to propagate attacks on Bernie Sanders for keeping his secret service detail:

Wudnt it be amazing if Sanders asked that the $38,000 a day was donated to Orlando families? https://t.co/dGrq4BpeQV

Such an argument is just one of many narratives manufactured by Clinton-leaning journalists. From whitewashing Bernie Sanders’ campaign to pejoratively referring to his supporters as “Bernie Bros,” these baseless attacks have continued even after the primaries ended. Clinton’s supporters have tried to debase and devalue Bernie Sanders’ image so Hillary Clinton can sooner focus on the general election and sway back to moderate political stances instead of pandering to appear more progressive and liberal than her record and politics actually are. Hillary Clinton herself even pushed for Sanders to step aside and call on his supporters to line up behind her coronation as the Establishment darling of Democratic Party.

When some of the few super delegates who supported Bernie Sanders switched to Hillary Clinton, Clinton-leaning media outlets touted this as an indication that Sanders and all of his supporters should follow suit. Making this argument for the sake of unifying the Democratic Party falsely assumes there are no necessary reforms and changes to be debated or discussed within the Democratic Party before it moves forward with the 2016 general elections.

Bernie Sanders has illuminated everything that is wrong with the Democratic Party, and his vow to continue on to the Democratic National Convention is just another example of a career predicated on fighting the influence corporations, lobbyists and wealthy campaign donors exert on American politics. Hillary Clinton and her supporters ignore our reality of corruption, instead choosing to focus on discrediting Sanders, diminishing his influence, smearing him as stubborn, and claiming he risks his legacy the longer he waits to concede to Clinton.

Bernie Sanders’ political revolution debunks the assumptions that have hindered the Democratic Party’s ability to truly represent working and middle class Americans. The steadfast revolve of Bernie Sanders’ refusal to abandon the principles set forth by his campaign illuminate difference between his candidacy and Hillary’s. 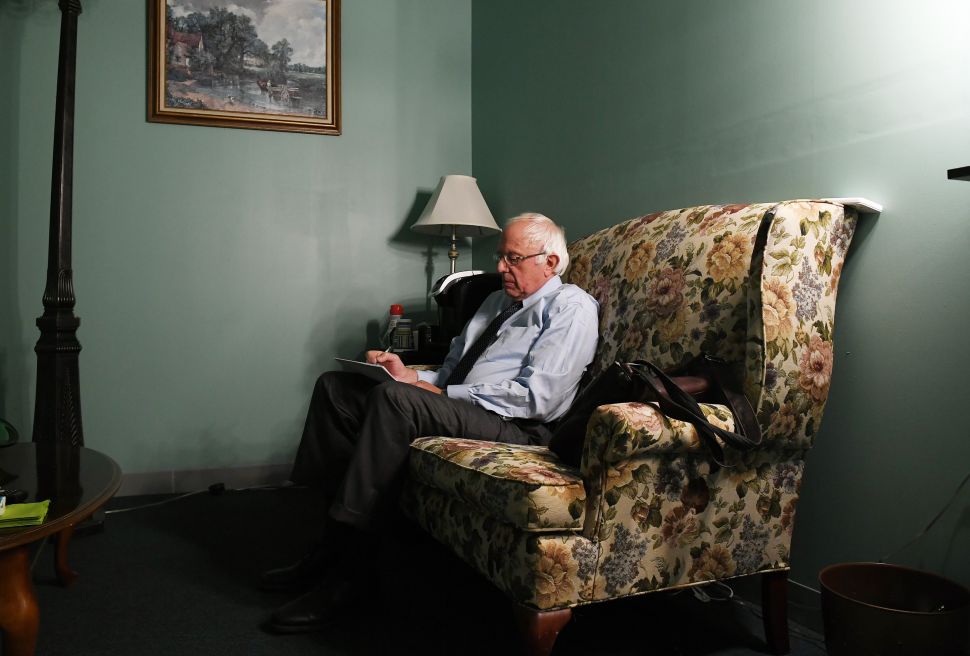