A tactfully purchased billboard advertisement loomed over party goers last night at The High Line’s annual Summer Party. The ad touted the reinvention of the evening’s sponsor, Coach, and its latest collaboration with Disney on a line of Mickey Mouse-themed leather goods. Many of the pretty-young-things in attendance carried these limited edition accessories including Hailey Baldwin, who made an all-too-brief appearance after showing her requisite social media support. Luckily most, including Parker Posey and Riley Keough, stuck around to enjoy the music and dance in their Coach ensembles on the usually overcrowded High Line. Lauren Remington Platt and Indre Rockefeller partied too, but bucked the Coach trend by sporting Ermanno Scervino and Diane von Furstenberg creations respectively.

The grande dame of the evening, and the longstanding face of Coach, Chloe Grace Moretz, swanned in surrounded by flashbulbs. “My feet are hurting, but I’m wearing all Coach,” she said as she winked to a passing fan on the park’s lower level. “I’ve been apart of the new Coach from the beginning pretty much. It’s been 3 years now, and it’s been an amazing experience. I really feel that Stuart [Vevers] and I have really found inspiration within each other, and the brand is growing together and not apart. I think sometimes when you see the face of a brand it’s very contrasted, and it doesn’t fit into it. Sometimes it feels like you’re just putting a celebrity into something that doesn’t fit who they are, but I feel like Coach is really apart of me and I’m really apart of Coach and apart of Stuart [Vevers]. I feel like the young American innovator that is the Coach girl.”

Ms. Moretz spent much of her evening attached the hip with Coach’s Creative Director, Stuart Vevers. The two have become fast friends since they attended the Met Gala together last May when they made an emergency stop en route to the red carpet to use the restroom at a nearby eatery. “I had my bodyguard walk in and ask if I could use the bathroom,” Ms. Moretz recalled with a laugh. “I walked into this small little restaurant, in my full ball gown with my hair done, totally glammed out. I had to hike my dress all the way up to my neck, but it was just one of those moments that is absolutely hilarious. You can’t buy that!”

The budding film star has already had two blockbusters released this summer, and is set to decamp to London to film her role in Disney’s The Little Mermaid, but following the night’s festivities she required some relaxation. “I’m just going to be my own person,” she said. “I’m going to spend time with my boyfriend and with my family. I just moved into my new home, so I’m going to be a 19-year-old for a second.” 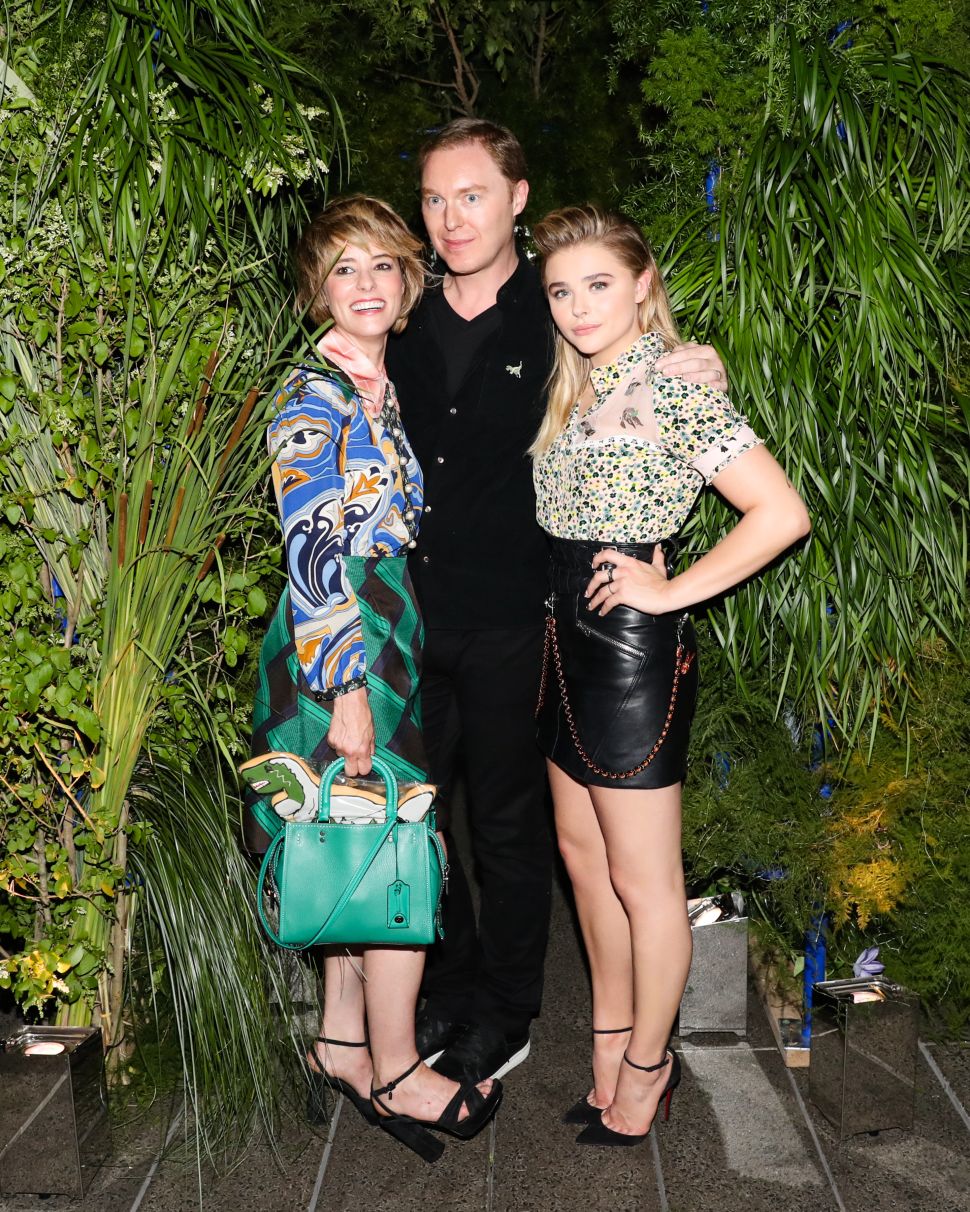