America was shocked last week when 49 people were gunned down in an LGBT club. We’ve all heard of the brutality and imminent death homosexuals face in Muslim nations like Saudi Arabia, Qatar, Iraq, Yemen and Nigeria, among many others. We’ve seen the videos of ISIS throwing gay men off of high-rise rooftops and read the reports of ten public executions (including a 15 year old boy). We’ve heard the horror stories of Iran forcing gay men to undergo sexual reassignment surgery or face death. But, for some reason, as long as it’s not happening in the western world, we don’t view these grotesque crimes with the same urgency or fear as when they happen right here. When a homosexual man is hung from a crane in the squares of Tehran we, as a society, shrug it off. But, if that same man is killed in Orlando we are filled with outrage and disgust.

Many have asked me what guidance Jewish values can give us as we attempt to come to grips with this barbaric attack against the gay community and against us all. The truth is, we aren’t meant to come to grips with it. Ever. The memory of this attack and its victims should be ever-present in our minds lest we minimize our resolve to combat it. When events like these transpire, Judaism demands of us never to forget and to do everything in our power to ensure they don’t happen again. And, more so, not just when it happens in our own country.

Some of the greatest sages in Judaism taught the importance of cultivating empathy for our fellow man—but not just the empathy that allows one to understand where another comes from. Rather, they teach of something deeper, feeling the pain of another. That is the measure of truly caring for someone else. The sages teach that this does not usually come naturally, and one must first do everything in their power to help relieve a person’s suffering. Only then will true empathy and sincere concern begin to develop.

Anyone who has had to endure such savagery, such as the innocent victims of the Orlando nightclub, can never have their suffering ignored or rationalized away.

I’ve seen some truly misguided, even hateful, Christian preachers say homosexuality is forbidden in the Bible and these murdered men and women were sinners who had it coming. To be sure, this does not represent a mainstream Christian position. Isn’t it Christianity that so emphasizes that we’re all sinners and who are we do judge? Didn’t Jesus say whoever is without sin should be the first to cast the stone?

It’s a view expressed in the Torah as well in the book of Ecclesiastes (7:20) where it states, “Indeed, there is not a righteous man on earth who continually does good and who never breaks God’s law.” And as the great sage Hillel taught us in Ethics of the Fathers 2:4, “Do not judge your fellow until you have stood in his place.”

Furthermore, for those religious individuals who still insist it’s their job to judge their fellow man and try to justify the suffering of others, one need only point them to Moses to show the folly of their path. Whenever the Israelites spoke or acted in any way contrary to the laws of the Bible, did Moses smugly ask God to punish them? Or did he pray to God with all his heart that God never forget that we are His children and He has an obligation to provide and protect us all. God created and formed each of us according to His divine will and foresight, and God made it our obligation to love and protect one another. God in fact wants us to call out in prayer whenever we feel that He is not fulfilling His duties as Creator of the world and demand of Him that he do so.

The Talmud states that the Second Temple in Jerusalem was destroyed precisely because of the sin of baseless hatred. It is further taught that the messianic age will only happen when there is baseless love – loving one another no matter what.  It is this compassion and unity that brings down blessings upon us all.

I often look to the words of the Lubavitcher Rebbe for guidance.  With regards to those who would justify the suffering people experienced in the holocaust, the Rebbe once remarked, “To say that those very people were deserving of what transpired, that it was a punishment for their sins, heaven forbid, is unthinkable…No scales of judgment could ever condemn a people to such horrors.” Anyone who has had to endure such savagery, such as the innocent victims of the Orlando nightclub, can never have their suffering ignored or rationalized away. Rather, it is our obligation to feel the deepest possible love and empathy for them, and do all we can to help their families in this most difficult of moments. And it is also our duty that we continue to remember this attack and do everything in our power to ensure that it never ever happens again, here or anywhere on earth.

May God bless the survivors with a speedy recovery and may he give comfort to those who have lost their loved ones.

Rabbi Shmuley Boteach is the founder of The World Values Network and is the international best-selling author of 30 books, including his forthcoming, “The Israel Warriors Handbook.” Follow him on Twitter @RabbiShmuley. 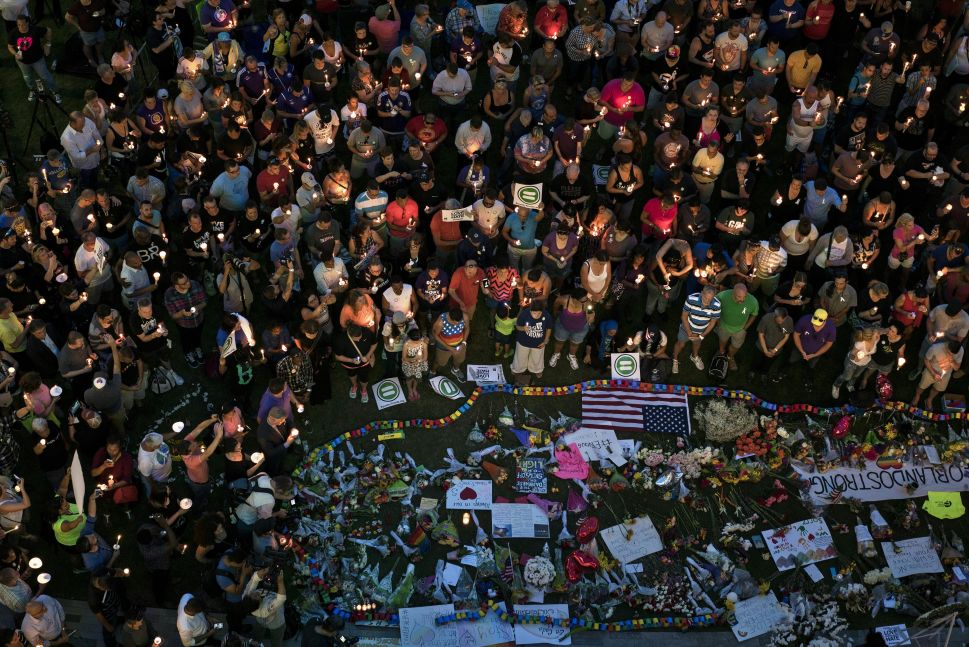