Most folks consider Paul Williams’ 1969 book Outlaw Blues to be the first book of rock criticism ever written. Compiled two years after he founded Crawdaddy!, a music magazine that preceded both Creem and Rolling Stone, Williams laid a foundation for how we talk about music that would prove more diplomatic, more objective and less generally irate than an entire generation of critics who followed.

At this acid-spangled turning point in American music, Williams was learning how to describe the sounds he was hearing, and much of the fun from Outlaw Blues comes from bearing with him as he finds the language of music criticism and poses some serious questions.

The first such question comes up when Williams is trying to make sense of The Beach Boys’ Pet Sounds: Why was it the first album of theirs in several years not to become a “million-seller”? He compared it to the band’s previous album, Beach Boys Party, “which most of us heavy rock listeners looked down upon as a sloppy, drunken recording of moldy oldies from 1961.”

Then, counter to every contemporary critic’s assumption of what he ought to say next, Williams stands up for Beach Boys Party, telling the reader that there’s got to be something we can learn from its success. Whether they’re technically any good or not, those moldy-oldie hits are relatable, and easy for people to genuinely connect with, he reasons.

“Net media coverage of music subcultures can cheapen the importance that those subcultures have to people. Blunt, un-nuanced attention is suffocating. It turns the music into content.”

He then asserts a critical maxim so profound it sounds obvious today: your personal opinion is paramount, but popularity is important to consider.

“Not that I want to say that if lots of people like something, it’s good,” he writes. “We all know what Humpty Dumpty said, and since I’m the one who’s stuck with whatever definition of the word I care to accept, I’ll feel more comfortable believing it’s ‘good’ if I feel it is rather than it’s ‘good’ if it wins the popularity polls. But we are talking about the relationship between what a performer feels like doing and what the audience—large enough to pay for that performer’s studio time—feels like listening to. So the extent to which large bunches of people are able to relate to something is pretty important.”

Williams passed away in 2013, and while we can’t ask him what he thinks about how the tastemaker culture has changed, he’d likely have some words on the matter.

For one thing, the idea of an artist’s popularity being solely based on the relationship between what they want to create and what the audience wants to hear is now so romantic it’s almost antique. Williams’ words recall a time before music was integrated into our technology and broadcast media, before curated gatherings, before festivals had sponsors—before “branded content.”

Our eyes glaze over at the mere mention of such corporate smegma, and that’s how these words make us numb to their effects.

No one kept hitting up Paul Williams and pressuring him to cover their clients; he just wrote about what he liked. Performers played music for people, and those people told more people about the music if they enjoyed it. And the performers were playing the music they wanted to play. No algorithms, data, or market research crept in to shape them. Oh, but how things would change just a couple of years later in the ’70s.

DIY venue owner and patron saint of Brooklyn, Todd Patrick had some choice words for the tastemaker changing of the guard that’s happened over the last 15-20 years when we talked last week.

“So yeah a lot of people are looking to score that legit upper-middle-class career but working with music,” he said. “They’re told that the best thing you can do is have your work be facilitating the thing you enjoy. This manifests all over in lots of different industries, but in music hence we have created this whole class of individuals who are booking agents, publicists, managers, etc., who have ‘professionalized’ a scale of heretofore unknown musicians that used to just do it themselves.”

With so many specialized infrastructural roles considered necessary to represent your band or act “professionally” these days, who’s really the tastemaker? A snotty sense of piety comes from those of us who went to journalism school as we lust after filling that role. And any writer who cherishes time-honored news values knows a good story about a popular musician hits three out of six of them: timeliness, impact and prominence.

But to honor Williams’ observations, something can be popular, worth covering or writing about and still just not be any good. This is where observing that fine line between promotion and actual reporting remains an ethical consideration. I would often rather not write about something than speak negatively of it, but sometimes speaking negatively of something that’s emblematic of a trend or a fad you perceive to be negative is valuable.

I certainly wouldn’t write about something at a publicist’s request if I didn’t have anything new to say. This alone takes some of the unsolicited story topics that flood my inbox off of the table: track premieres, event previews, branded “experiences.”

There are several publications that happily and heartily publish stories like these, and that’s fine, but often the publicist seeking such coverage has some vested interest in the success of the publication, or vice-versa. There’s nothing wrong to me with doing some promotional writing, adjunct from journalism—writing a band’s bio for their one-sheet, for instance, is a common move for freelancers. But you wouldn’t then cover that artist as a reporter or a journalist, right?

Virtually all major publications now publish “branded” or “native” content, supplemental video or editorial media that promotes a certain product or service and is often indistinguishable from the publication’s other stories, the Observer included. Publications love branded content because it satiates a need to generate revenue through advertising while preventing the advertiser’s presence from appearing too invasive. When the content is flagged as such, with the words “brought to you by,” “sponsored by” or “advertisement,” transparency prevails (another journalistic value).

It’s more concerning when advertisements and journalism become indistinguishable. Forget the death of print, that’s the corporate absorption of individual perspective and identity.

“The highest purpose is to have no purpose at all. This puts one in accord with nature, in her manner of operation.”

Adweek ran a story a couple months ago celebrating a certain prominent media company’s recent launch of its own network that focused on the network’s curated commercials during breaks. It praised the commercials’ ability to fit in with the editorial style of that network, offering a seamless experience between programming and “content” for the viewer that didn’t appear to be promoting anything. But that blurring line, that vanishing boundary, is what’s threatening journalism.

Though it robs the individual of connection, though it’s cold and unfeeling and impersonal, “content” still has its a place. Advertising campaigns need clever slogans, corporations need copy for their branding, and “content” remains an appropriate label for all of that stuff. But when we talk about reporting, when we talk about criticism and when we talk about storytelling, the reader is not my customer.

“The highest purpose is to have no purpose at all,” the late John Cage said. “This puts one in accord with nature, in her manner of operation.”

Todd Patrick wasn’t being all that cynical when he left music journalists out of the tastemaker equation during our talk, because they largely feed into this same upper-middle class, largely white group of liberal arts graduates who may or may not have ruined things for everyone. But with all of these channels soliciting press coverage, the channels through which people can actually discover new music are dirty and flooded.

“Net media coverage of music subcultures can cheapen the importance that those subcultures have to people,” Patrick told me. “Blunt, un-nuanced attention is suffocating. It turns the music into content.”

So what can writers do to curb this?

First, we can lessen the word “content” by reminding ourselves that content has value. Though the semantics of that word liberate it from any personal associations and essentially wash it clean of its author’s identity, the words have value when the information is reported, intelligent and nuanced. What’s more, the author has value, too. Freelance journalists forget this more often than most, I think, because we spend so much time pitching over-worked power-tripping editors with bursting inboxes and so often see our stories ripped to bits by a rabid contrarian social media echo chamber.

We forget that editors rely on us for ideas, particularly nowadays as more and more full-time staff jobs disappear. It’s not a maudlin, inspirational self-love schpiel to remind ourselves of our value. Our work has value beyond the publication date too, because if we’re doing it right, no one could have written it but us.

Maybe that’s why Paste Magazine, which turned Crawdaddy! into a blog on its site in 2011, mainly just reposts old Paul Williams essays.

No one can recreate the sense of perspective, of smarts, of anecdotal wisdom of the true Zelig music journalist. You can emulate Lester Bangs tomorrow, and go off and write a hit piece describing the process of submitting the members of The 1975 to Chinese Torture, but it would be little more than an exercise in form, a shell fashioned from someone else’s intellect.

“Content” functions the same way, a term used by certain moneyed interests to subvert the creative class, thus turning us into creatures of pure production and robbing us of a seat at the table to participate in our own discussion.

To wit, I say fuck that.

The stories we tell must invite conversation with our ideas and our criticisms. We must become inexorably attached to the ideas we introduce and the way that we introduce them, so much so that the work will not be separated from us by anyone, or used in any manner ill-suiting our own intentions when writing it.

In the words of the late, great Paul Williams, “for a last sentence, anything with ‘context’ in it is ok.” 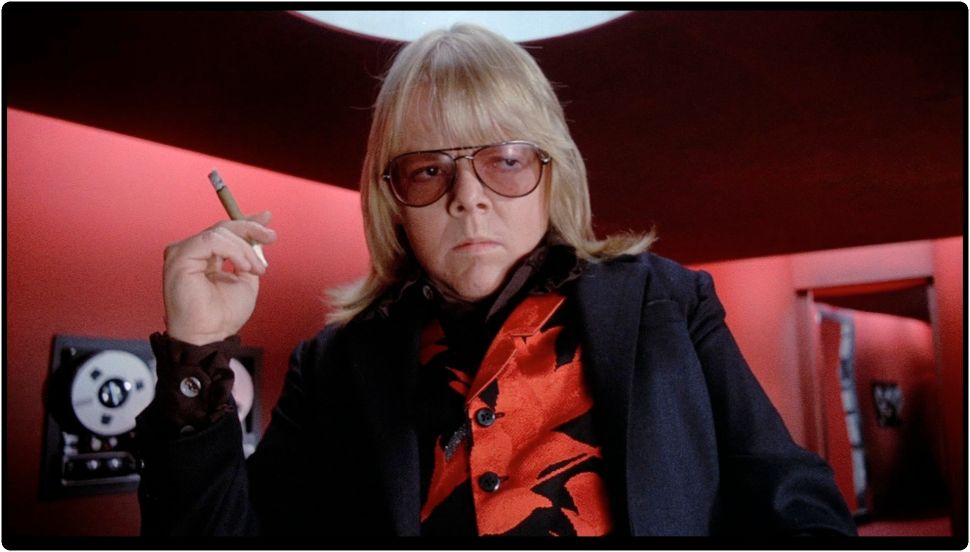