Hillary Clinton superdelegate and longtime Democratic Congressman Chaka Fattah was convicted of 22 counts of corruption charges. After serving 11 terms in Congress, Fattah is now out on bail after an indictment was filed in July 2015 against him and four associates. Despite the conviction, Fattah is set to serve the remainder of his term in Congress until January 2017. He faces sentencing in October, and could potentially serve the rest of his life in prison.

Fattah formally endorsed Hillary Clinton for president in February, shortly before losing his primary bid for re-election in April. He has been a Clinton loyalist for decades, standing by the Clintons amid the Monica Lewinsky scandal in the 1990s, and even helping Bill Clinton coordinate DNC fundraising trips to Philadelphia shortly after he admitted to perjury. “He can be a public servant without being perfect,” Fattah told Philly.com in 1998.

Fattah isn’t the first Clinton superdelegate to be convicted under corruption charges. Former New York State Assembly Speaker Sheldon Silver, who was convicted of corruption in November 2015, had close ties to Hillary Clinton while she served as senator of New York. In 2008, Clinton called Silver, who played an important role in convincing Clinton to run for Senate in New York after Bill Clinton’s presidency ended, “a stalwart voice on behalf of the needs of New Yorkers.”

Silver formally resigned from serving as a superdelegate in March 2016, and Congressman Fattah should do the same. Both Fattah and Silver still maintain their innocence, a tactic perfected by Hillary Clinton over the years—to constantly deny wrongdoing despite the overwhelming evidence suggesting otherwise.

A number of Clinton’s close associates have been exposed for corruption. Several weeks ago, it was revealed that Clinton’s 2008 campaign manager, Virginia Gov. Terry McAuliffe, is currently under federal investigation over questionable contributions to his 2013 campaign for governor—including $120,000 from a wealthy Chinese businessman McAuliffe introduced to Hillary Clinton at a fundraiser in her home. Clinton’s 2008 campaign co-chair, Debbie Wasserman Schultz, has also been informally removed from her position as DNC chair, and faces losing her seat in Congress to primary challenger Tim Canova after the backlash that erupted over Wasserman Schultz’s overt favoritism for Clinton throughout the 2016 Democratic primaries.

Hillary Clinton herself will be subject to some form of indictment or conviction in the near future, regardless of whether she manages to become president. The State Department inspector general reported in May 2016 that Clinton never had authorization to use a private email server during her service as secretary of state, debunking the defense she and her supporters have been using for over a year to dismiss the issue.

Whistleblower Charles Ortel, who exposed General Electric’s financial discrepancies in 2008, has alleged the charity did not follow legal compliances when it was created, and that donations were collected and used for purposes differing from what donors were told. Ortel is currently pushing the Federal Trade Commission to open a formal investigation into the charity. Clinton Cash, a book by Peter Schweitzer, corroborated many of Ortel’s claims, laying out how the Clinton Foundation provided donor access to Clinton’s State Department.

Hillary Clinton has managed to distort the severity of the litany of scandals that have emerged throughout her career, claiming to be the victim of unwarranted attacks since she was in the White House with Bill Clinton. Instead of owning up to the blemishes on her record—and accepting that they should disqualify her from the presidency—Clinton has spun the scandals into badges of political warfare.

Just as her associates steadily receive the justice their years of corruption call for, Hillary Clinton’s long record of playing loose and fast with the rules will come back to haunt her. The Clintons have been leading the charge in the increasing influence big money has in the political system, at great peril to the American public, but their hubris in thinking they can continuously break the rules and get away with it to propel their own political careers and the interests of their donors will eventually backfire. 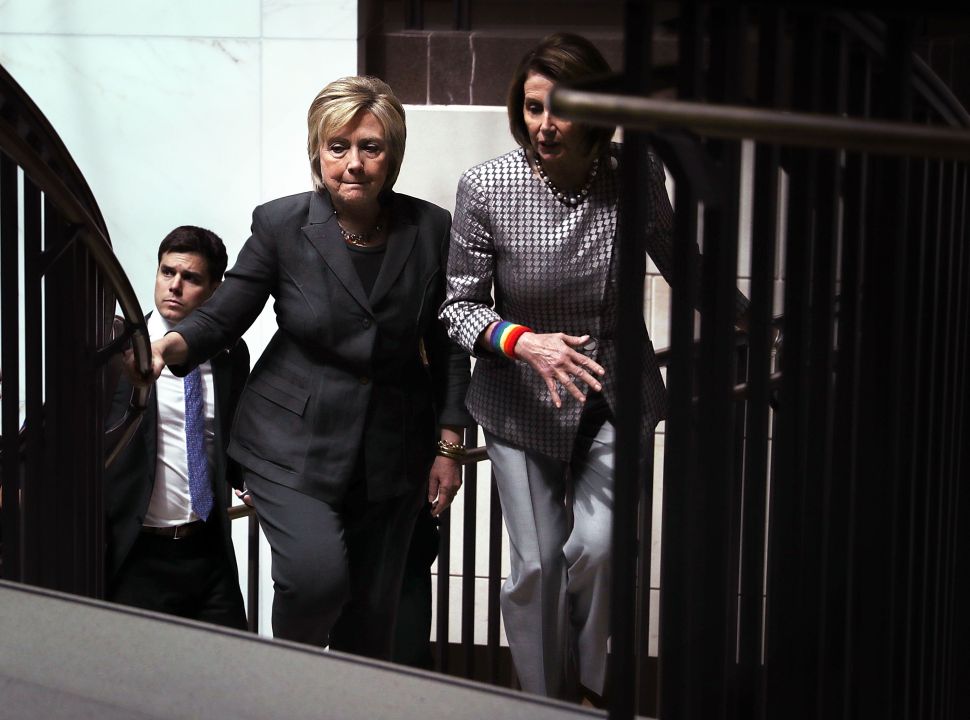