Terminal B is part of a larger plan to essentially rebuild LaGuardia, which has long been the butt of infrastructure jokes. Cuomo and Biden last July announced a plan to replace the existing four-terminal LaGuardia Airport in Elmhurst, Queens, with new structures that will allow for more tarmac space. The veep has pushed for more infrastructure investment across the country, particularly at LaGuardia, and in February 2014 referred to it as a “third-world country.” Cuomo said today the entire project would cost $7 billion when all the terminals are rebuilt.

“You’re going to make a gigantic difference not only in the state of New York, but in the region,” Biden said at today’s announcement. “It’s consequential. Our life blood depends on it.” 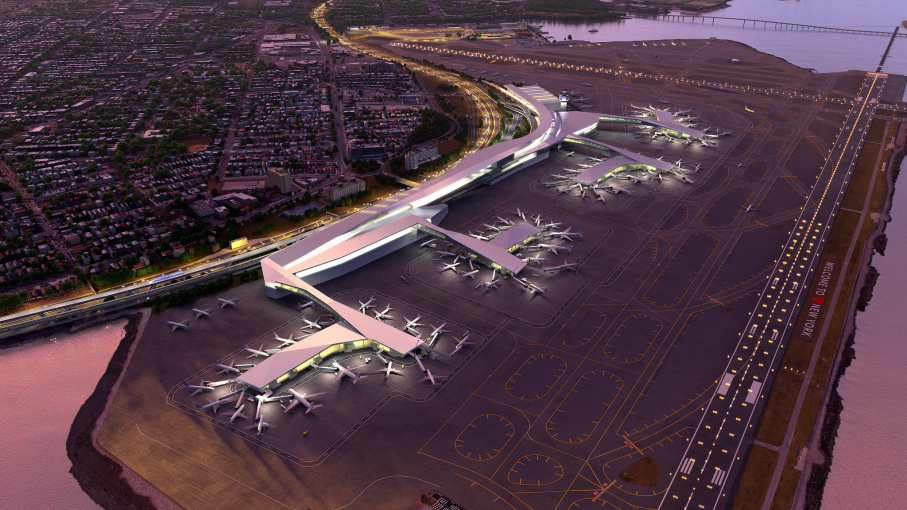