Anti-racism sounds so much more acceptable than anti-Zionism, which in turn sounds better than anti-Semitism. But when we are dealing with the BDS movement—boycotts, divestment and sanctions—more politically-acceptable words do not disguise their true meaning: they are anti-Israel and anti-Semitic. That is why the leadership shown by Gov. Andrew Cuomo this past weekend is so important. He didn’t parse words or couch phrases. He signed an executive order to divest state funds from any business supporting the BDS boycott against Israel.

“If you boycott against Israel,” said the governor, “New York will boycott you.”

Cuomo has ordered the state Office of General Services to develop a list of institutions and companies participating in the boycott of Israel, and post it online. The office will notify the businesses before adding them to the list and give them 90 days to show proof they aren’t supporting the boycott. If a company is on the anti-Israel list, New York state agencies, authorities and departments would be prohibited from investing in, or doing business with those companies.

Although New York is the first state to take such action, some 20 others are moving ahead with legislation or executive actions. They should move more aggressively.

‘If you boycott against Israel,’ said the governor, ‘New York will boycott you.’

The BDS movement was started in 2005, ostensibly to pressure Israel into changing its policies toward the Palestinians, and in theory, promote Palestinian independence. BDS has pushed its supporters to stop buying products of Israeli companies doing business in America and Europe, as well as American companies that do business in Israel. High on the list are SodaStream, The Body Shop, L’Oreal and Teva Pharmaceuticals.

Companies that have already succumbed to BDS’ pressure and divested from Israeli companies include Karsten Farms, a South African food importer; ASN Bank of the Netherlands, which divested from a company building Jerusalem’s light rail system; Danske Bank of Denmark; G45, a major British security firm; and Dexia Bank of Belgium.

In reality, the BDS movement is a thinly-veiled effort to destroy Israel. Its links to Hamas are clear and its roots, rhetoric and realities are anti-Semitic.

Cuomo’s stance is important not just because he is doing the right and righteous thing, but because so many in the Democratic Party have been misled by BDS lies and their storyline. The BDS propaganda has gained traction because it appeals to the fairer instincts not only of progressives but of many fair-minded people. Who doesn’t seek peace in the Middle East? It paints Israel as the aggressor and decries self-defense as “disproportional.” And remarkably, many in the so-called mainstream media have bought into this narrative.

That Cuomo has seen through this farce is important. That he has set an example for others to follow is leadership. We commend him and urge others to do the same. 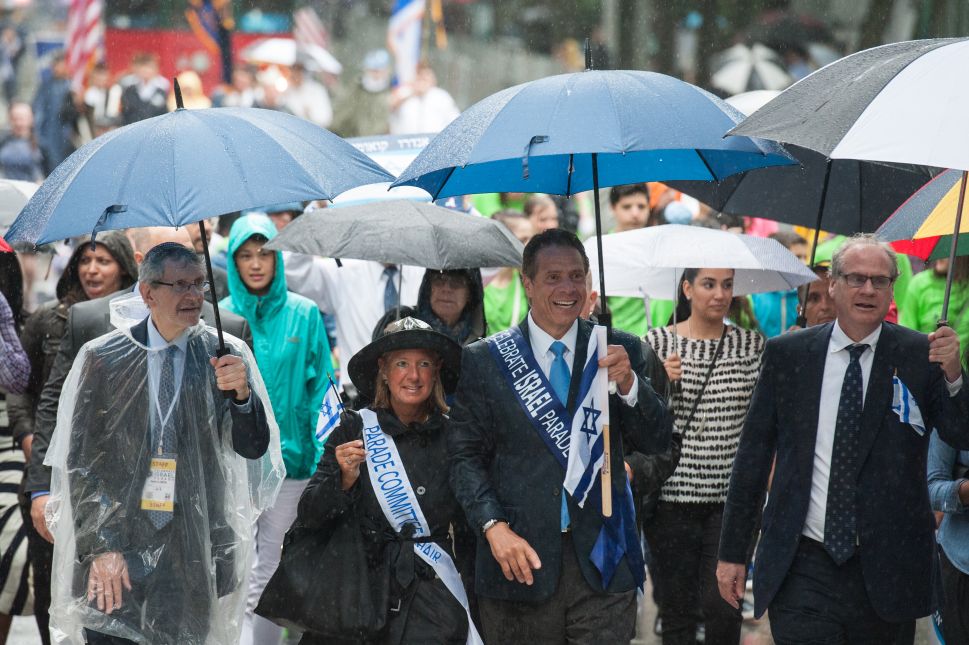