“There are essentially six legal claims we are asserting in this lawsuit on behalf of the composed class members,” said attorney Jared Beck in a YouTube video announcing the lawsuit. “The first is a claim for fraud—against the DNC and Debbie Wasserman Schultz—based on the revelations from the recent Guccifer 2.0 documents purportedly taken from the DNC’s own computer network.” The Guccifer 2.0 documents include internal memos in which the DNC broke legally binding neutrality agreements in the Democratic primaries by strategizing to make Hillary Clinton the nominee before a single vote was cast.

The second claim filed is for negligent misrepresentation, a legal theory based on the first claim of fraud. The third claim alleges the DNC and Wasserman Schultz participated in deceptive conduct in claiming the DNC was neutral during the Democratic primaries, when there is overwhelming evidence suggesting favoritism of Clinton from the beginning. The fourth claim of the lawsuit seeks retribution of any monetary donations the DNC to Bernie Sanders‘ campaign. The fifth claim alleges the DNC broke its fiduciary duties during the Democratic primaries to members of the Democratic Party by not holding a fair election process. The sixth claim is for negligence on behalf of the DNC—for not protecting donor information—as hackers broke into the DNC networks, potentially compromising their personal information.

“This lawsuit is our effort as attorneys to give a voice, in the political system, to all those who have been defrauded by the conduct of the DNC in supporting and promoting Hillary Clinton’s candidacy in violation of its own charter which requires it to be neutral,” added attorney Jeff Beck. The class of representatives in the class action lawsuit is currently in the thousands and continuing to grow, as any donor to Bernie Sanders’ campaign eligible to join. The Beck & Lee Law Firm has set up a Facebook Page with updates on the progress of the lawsuit.

Hillary Clinton won the Democratic Primaries in large part due to the manufactured public consent within the Democratic Party that she would be the presidential nominee before the primaries even started. Prior to the first state to hold an election in the primaries, over 400 super delegates formally supported Clinton. Clinton’s 2008 Campaign co-chair, Debbie Wasserman Schultz, did everything she could behind closed doors to ensure the 2016 primaries were not democratic, but rather a coronation for Clinton.

“It is clearly the case that, when given truth serum, Debbie Wasserman Schultz vastly prefers Hillary Clinton to be the nominee—obviously—and to the extent that there are things that can be done institutionally and marginally to facilitate that outcome, they are being done,” said MSNBC host Chris Hayes this past May.

Such favoritism for Clinton has extended throughout the Democratic Establishment. DNC vice chair Donna Brazile even foreshadowed the rigging in 2013, revealing in an interview with ABC News, “if Hillary Clinton gets in the race, there will be a coronation of her.”

The DNC’s overtly fraudulent conduct and disregard for democracy has incited calls for Wasserman Schultz to resign, but the reforms and consequences for their transgressions don’t start and stop there. Had the DNC not colluded with the Clinton Campaign to shield her from exposure, Clinton’s fate would have likely been similar to that of Republican presidential candidate Jeb Bush, who fell from grace in a broad pool after once being presumed to come out on top as the Republican Party’s presidential nominee.

Beyond Bernie Sanders, who was initially viewed as a non-threatening fringe candidate, the field was cleared to ensure Clinton could coast through the primaries. The DNC also rescinded a ban on donations from lobbyists and super-PACS—first enacted by Barack Obama in 2008—by organizing a joint fundraising committee with the Clinton campaign called the Hillary Victory Fund.  According to a report by Politico in April 2016, the Hillary Victory Fund laundered money to the Clinton campaign under the pretense of funding down-ticket Democrats. 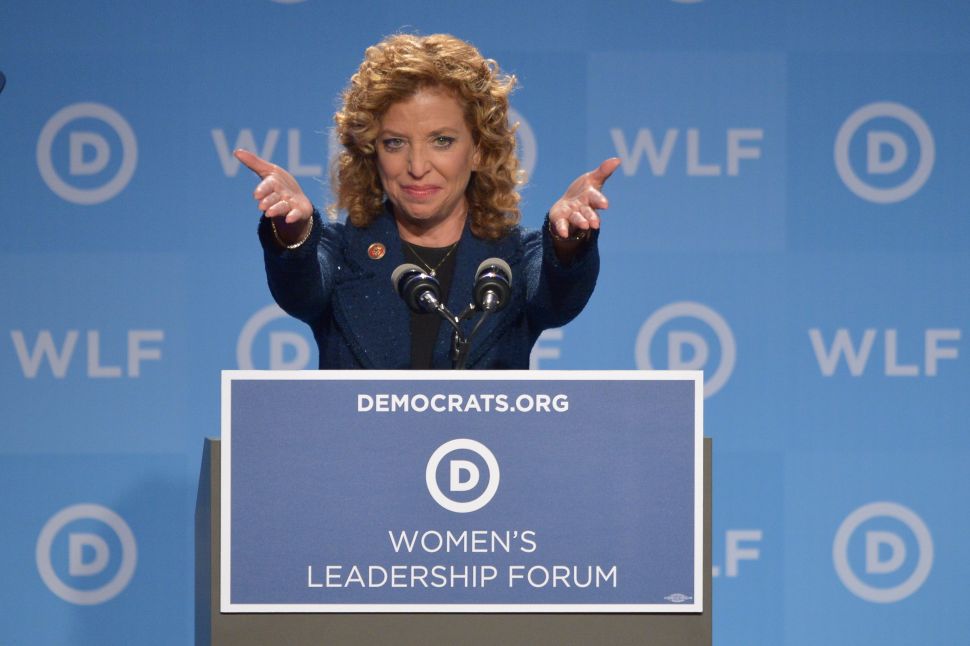