After mainstream media outlets recently started reverberating what Bernie Sanders’ supporters have been saying about DNC Chair Debbie Wasserman Schultz for almost a year now, Wasserman Schultz has gone into damage control to save her career.

Among Wasserman Schultz’s stances considered most controversial by fellow Democratic colleagues is her opposition to federal guidelines announced by the Consumer Financial Protection Bureau to regulate predatory payday lenders. Payday lenders offer short-term loans to borrowers at high interest rates, often as a last resort for individuals in low-income communities. Debbie Wasserman Schultz’s opposition to the guidelines can be linked to $68,000 in campaign donations she has received from payday lenders, according to the Center for Responsive Politics. Her Democratic primary challenger, Tim Canova, has used the donations and her opposing stance to the guidelines as a means to contrast the difference between the two candidates. A liberal group in South Florida has even dubbed her “Debt Trap Debbie.”

On June 3, in a statement released on Facebook, Debbie Wasserman Schultz flip-flopped her opposition to the payday loan guidelines.

“As a strong supporter and partner of the Consumer Financial Protection Bureau in Congress, I stand with the CFPB in its efforts to protect Americans from predatory lending,” said Wasserman Schultz, who falsely added she has supported the CFPB’s efforts to regulate payday lenders, but was one of 24 co-sponsors of a bill that would push back the proposed rules. She also recently re-shared on Facebook President Obama’s insincere endorsement for her re-election bid this year for Congress.

Wasserman Schultz’s flip-flop and desperate attempts to save her career attest to the power of Bernie Sanders’ campaign and the overwhelming support it has provided to other progressive Democrats. Without the pressures of having to change her positions for political expediency, Wasserman Schultz would continue to favor predatory payday lenders, and there is no indication in Wasserman Schultz’s record that her sudden epiphany is genuine.

“This is a direct response to our campaign,” said Wasserman Schultz’s Democratic primary challenger Tim Canova in a statement. “We have spent the last five months exposing our opponent for putting the wants of her corporate donors ahead of the needs of working Americans here in South Florida. Now, she is putting up the white flag — and agreeing with our campaign after months of intense pressure and well-deserved public outcry.”

Wasserman Schultz’s flip-flop is a sign of progress for true progressives, but settling on Debbie Wasserman Schultz to switch positions to appease pressure from progressive Democrats is an inadequate measure to meaningfully improve the Democratic Party. Politicians like Debbie Wasserman Schultz need to be removed from Congress and stripped of their leadership positions in the Democratic Party indefinitely. Her opposition to the guidelines set forth by the Consumer Financial Protection Bureau, a hallmark achievement of Sen. Elizabeth Warren to help protect everyday Americans, is a symptom of the role big money plays in politics. “Payday lending is a $7 billion industry. That buys a lot of influence in Congress—not just with the GOP, but also some Democrats,” Warren tweeted, before Debbie Wasserman Schultz announced her flip-flop, as a criticism of the DNC chair and other Democrats’ relationships with payday lenders.

Wasserman Schultz has consistently favored wealthy donors over the best interests of her constituents. She cannot be trusted to remain dedicated to a progressive agenda when her positions are for sale. The DNC chair can switch to every progressive stance possible, but her integrity and trust with voters has been compromised repeatedly throughout her career. Debbie Wasserman Schultz and many other corrupt Democrats need to realize Bernie Sanders’ campaign has transformed the political landscape indefinitely by waking up voters across the country and inspiring them to hold their elected officials accountable. 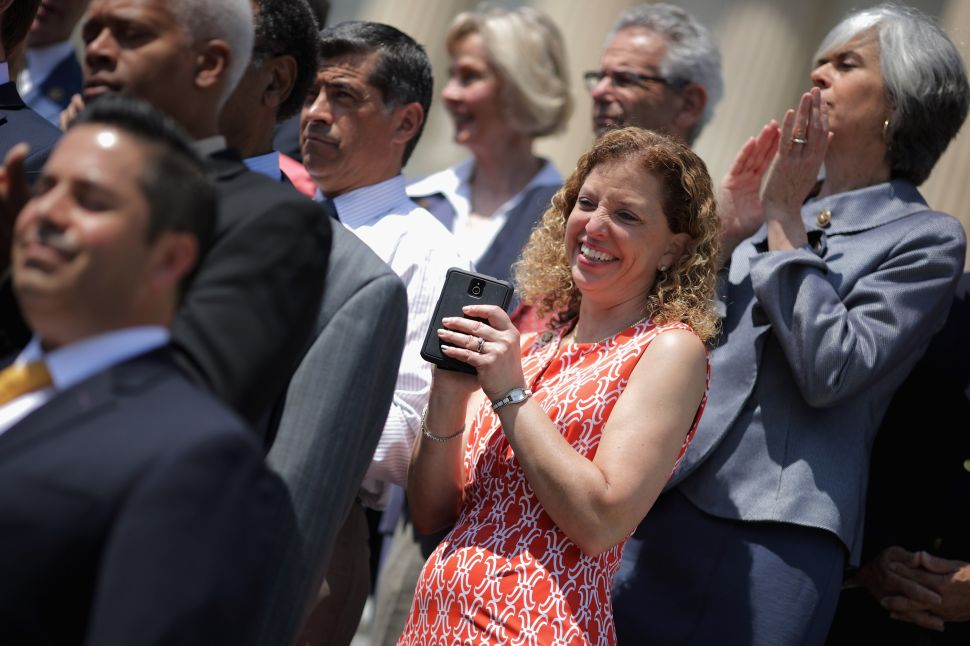