The Democratic National Committee’s Platform Committee recently voted to keep corruption and corporate influence as mainstays within the Democratic Party.

In an effort to pander to labor unions, Hillary Clinton opposed the Trans-Pacific Partnership in 2015, but the surrogates she appointed to the Democratic National Committee’s Platform Committee have formally supported the controversial agreement. This hypocrisy is unsurprising. Although Clinton helped move forward TPP negotiations during her service as secretary of state, her involvement with the deal has been omitted from the paperback version of her autobiography, Hard Choices. Even the Obama administration has had a hand in shielding Clinton from TPP criticism, delaying the release of emails pertaining to the agreement until after the general election.

While Clinton and her supporters have called for Democrats to unite, they have also abandoned the progressive proposals initially set forth by Bernie Sanders (which Clinton later adopted).

“We lost some very important fights,” Sanders told CNN’s Jake Tapper on Sunday, June 26. Sanders was referring to the battle to remove corporate influence from the Democratic Party, as recent Platform Committee votes are a sure sign Clinton has abandoned such principles in favor of supporting wealthy campaign donors.

Last week the hashtag #TrumpSoPoor emerged as presumptive Republican presidential nominee Donald Trump fell behind in fundraising. Clinton, on the other hand, has received millions of dollars in contributions from wealthy individuals like billionaire James Simons, who has donated nearly $10 million to her campaign. So, not only are Clinton supporters falling victim to her spin that receiving dubious donations from questionable sources is something to be proud of, they are also mocking poverty—using it to insult Trump. For a party that has claimed to hold the best interests of the working poor at heart, using poverty as a method of shaming is symptomatic of the elitism that has overrun the DNC.

Instead of reforming the corrupt campaign finance system that is transforming America’s democracy into an oligarchy, Hillary Clinton is selling off access to her presidency—a skill she picked up during Bill Clinton’s tenure in the White House. Through use of a proxy, Chinese billionaire Ng Lap Seng funneled over $1 million in contributions to Bill Clinton, with only the proxy found guilty on criminal charges, while the billionaire and the Clintons escaped conviction. It was also uncovered that Seng “had been favored with 10 visits to the White House, including an elevator ride with Hillary Clinton,” reported The Daily Beast. After the embarrassment, Seng reverted to bribing United Nations official John Ashe, who recently died in a weightlifting accident while awaiting trial in a scandal tied to the bribes.

Further, a review of Clinton’s official State Department calendar conducted by The Associated Press discovered at least 75 meetings with wealthy donors and special interests were either not recorded or had been omitted from her calendar.

“At a time when Clinton’s private email system is under scrutiny by an FBI criminal investigation, the calendar omissions reinforce concerns that she sought to eliminate the ‘risk of the personal being accessible’—as she wrote in an email exchange that she failed to turn over to the government but was subsequently uncovered in a top aide’s inbox,” the AP reported.

Hillary Clinton has used her vast network to ensure coronation as the Democratic presidential nominee. The anti-establishment sentiments popularized by Bernie Sanders’ campaign were constantly denigrated as impractical, “pie-in-the-sky” proposals. While some of his policies were adopted by Clinton, she dropped them as soon as she could claim victory—at which point her surrogates began carrying out her true political leanings, like supporting TPP. 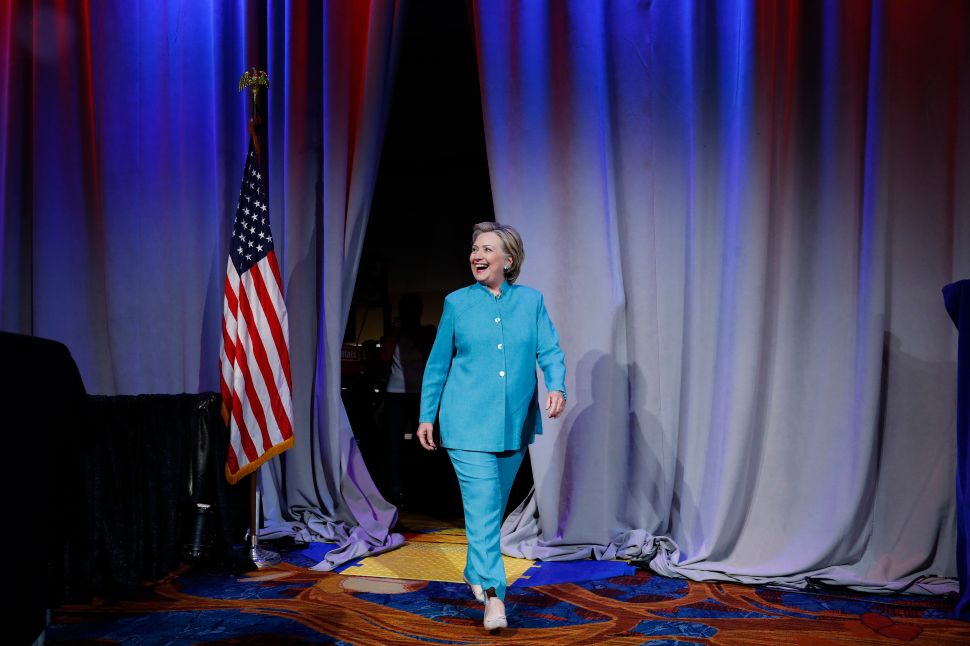