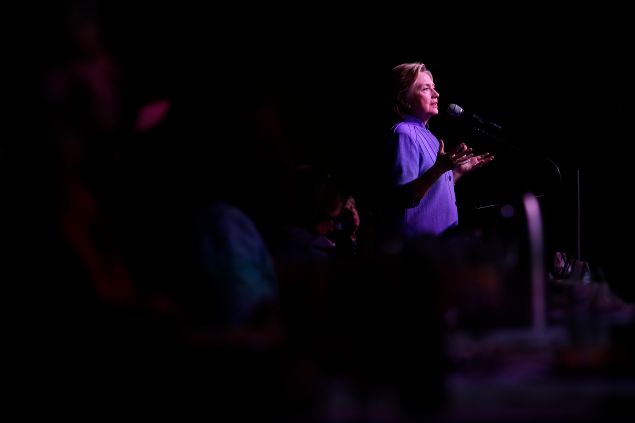 Donald Trump is like a disease for which we already have the cure. You don’t need to pay it any attention. You just need to treat it and move on. In the case of Cheeto Jesus, the treatment’s name is Hillary Clinton, and though to many she’s like a double dose of chemo and radiation (which is to say, nearly as toxic as the cancer she’s fighting), she’s what we’ve got, and if you want to, you know, live, then you’ve got to vote for her.

Some of us, myself included, will do this happily (I endorsed her here last week), while others will bitch and moan all the way; a small, selfish minority will retreat inside their privilege and abstain (or write in Sanders, or pull the lever for Sam Bee’s pet libertarian, Gary Johnson), but I’m pretty confident that for the most part people will take their medicine on November 8, and Hillary will win by a landslide.

As we move into the next phase of this election cycle, however, I think it’s time for progressives, liberals, left-leaners, or anyone else whose conscience isn’t in thrall to, as one of my former students put it, preliterate Bronze Age world views to set their sights on more than just the White House. For as long as I can remember, the left (the center left, really, or, well, the not-quite-right center, i.e., the post–Bill Clinton Democratic Party) has trained its energies on the presidency and hoped Congress would follow. With a few exceptions, however (2009-2011, and then all the way back to 1993-1995), the so-called coattail effect that political scientists used to make so much of hasn’t worked the way it’s supposed to.

If anything, the pattern has been to split the executive and legislature between the parties—a fairly apt reflection of our divided national interests maybe, but a disaster for governmental effectiveness. The result has been decades of legislative stagnation, with occasional serious losses for progressives, especially in the wake of 9/11 and Cheney/Rumsfeld/Rove and Co.’s successful exploitation of American fears for political gain.

But, weird as it may sound, Donald Trump represents a real opportunity for, at the very least, people who feel compelled to pull the Democratic lever—and maybe even more genuine liberals. There can be no doubt that Trump speaks for a sizable portion of the American electorate, whose politics are formed out of fear, ignorance, prejudice and, perhaps most importantly, greed. But this contingent, however large, still seems to represent only 30 to 40 percent of voters (“only”), and its views are so toxic—archaic, inconsistent and mostly just very stupid—that they alienate all but the most diehard Republicans. Despite that, the party leadership is rolling back its opposition and, one by one, falling in line behind the Pied Piper of Atlantic City.

Democrats need to take advantage of this serious strategic error.

The hypocrisy of Ryan, Boehner, Christie, et. al., is so transparently self-serving that it’s alienating more and more of the GOP base from the party. The Democratic Party needs to let Hillary take care of Hillary (because let’s face it, if there’s one thing she’s good at, it’s taking care of herself) and exploit the GOP’s ambivalence and disorder to take the House and the Senate along with the White House. They can’t count on Hillary to do this for them. It didn’t work with Obama, and Hillary’s far more polarizing than he was; if anything her association with other Dems is a mark against them rather than in their favor. But if she can’t help her party, Trump can surely harm surely his. Dems need to smear every Republican candidate with Trump’s day-glo mendacity and viciousness and drive the GOP out of Washington.

We have to do this not just because they deserve it after all the misery they’ve inflicted on this country (and on the world) in the past fifteen years, but because it’s the best way to make Hillary Clinton be the president that we need her to be—and that I think she wants to be. In a recent article in The Atlantic, someone (I really can’t find the author’s name) quotes Hillary on her role in Bill’s welfare reform bill of 1996: “I realized that I had crossed the line from advocate to policy maker… Principles and values in politics should not be compromised, but strategies and tactics must be flexible enough to make progress possible.”

The author seemed to take this as cynical at best, duplicitous at worse, which it probably is—but it’s also politically savvy, which is a quality the American left has always disdained (c.f., Bernie Sanders, who looks set to parlay his 11 million or so primary votes into…absolutely nothing). As The Atlantic article points out, since 1996 Hillary has always followed the prevailing wind that most closely corresponds to her own course:

“Powerful movements have championed the issues Hillary has walked back or moved left on. Occupy Wall Street transformed income inequality into a catchphrase. The gay-rights movement pushed acceptance of LGBT people into the mainstream, culminating most recently in the success of legalized same-sex marriage in all 50 states, something Clinton finally said she supported in early 2013. Black Lives Matter activists have made the 1994 crime bill a campaign issue. Fight for 15 made a $15 minimum wage politically viable and Clinton says she would sign a bill raising it to that level, even though she supports a national floor of $12.”

Hillary’s liberalism, in other words, leans only as far the left as she can thinks she can get away with—but when the opportunity arises, she’ll take it. A strong Democratic Congress will give Clinton the excuse—the opportunity—to make her mark on history, not merely as the first woman president, but as the president who rolled back the Reagan-Bush revolution. That’s certainly a claim Bill can’t make. 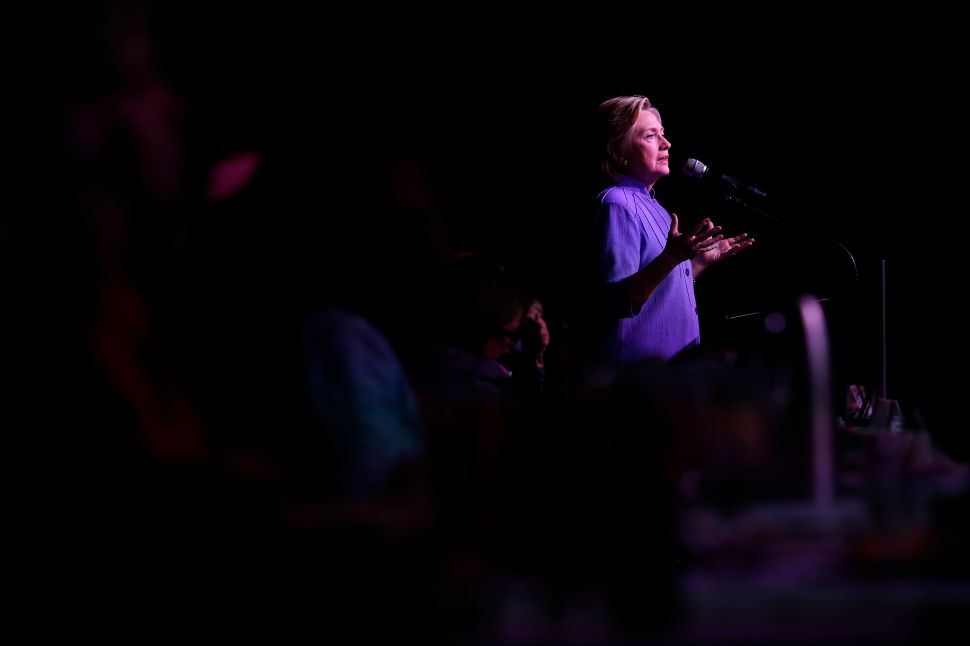