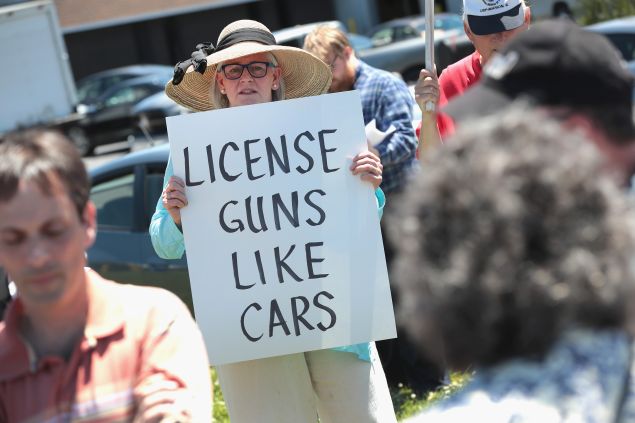 Democrats have found their issue, and their voice. And if Republicans cannot figure out how to respond, they may well find themselves out in the cold in 2017.

On Wednesday, Democratic members of Congress took over the floor of the House of Representatives to protest the Republican majority’s refusal to take action on the gun issue following the Pulse nightclub massacre in Orlando. Rep. John Lewis, an icon of the Civil Rights Movement, led a sit-in, and fellow Congressional Democrats began to rally to the cause. When House Republicans ordered the cameras to be turned off so that the protest could not be broadcast, Rep. Scott Peters and other Democrats began broadcasting the events online via Periscope, drawing thousands of viewers.

The numbers show that Democrats have the public on their side in this debate, which is why Wednesday’s actions matter. And the lack of any kind of official response from leading Republicans Wednesday afternoon is telling as well.

According to PollingReport.com, a CNN/ORC poll taken June 16 to 19 found 55 percent of Americans surveyed supported stricter gun control laws, a 13 percent advantage over those who opposed such laws. The numbers ran 92 to eight percent in favor of a background check for felony convictions. Huge majorities also supported preventing convicted felons or the mentally ill from owning guns (87 percent to 12 percent) and preventing people on the terrorism watch list from owning guns (85 percent to 14 percent). Smaller but decisive majorities supported banning semiautomatic assault weapons (54 percent to 44 percent) and high-capacity ammunition clips (54 percent to 45 precent).

A Monmouth University poll taken June 15 to 19 found a similar margin for banning assault weapons (52 percent to 43 percent). And a CBS News poll taken June 13 to 14 found 57 percent of respondents said gun laws should be stricter, compared to 11 percent who said less strict and 29 percent who said they should be kept as they are. Unlike the CNN/ORC numbers, which tend to see support for gun control spike after massacres, the CBS News numbers have shown majority support for stricter gun laws in every poll but one for the last three years.

The issue clearly favors the Democrats and could be absolutely crucial not just in the Senate races, where Team Blue has a good chance to take control, but in close House districts that could be key to who controls the chamber in 2017. Many of these currently Republican-held districts are moderate, suburban districts that previously have been open to supporting Democrats, or have at least come close to supporting Democrats.

Prior to the recent massacre in Orlando, House Republicans were arguably overexposed to begin with. After the 2014 elections, only 33 House districts were controlled by the party that had lost the presidential race in those districts in 2012. According to data available at the Daily Kos, 28 of those districts are currently held by Republican House members, but voted for Barack Obama’s reelection four years ago. Only five Democrats currently hold districts won by Mitt Romney in 2012.

Where things could get really troublesome for the Republicans is in 16 more GOP-held districts in which Romney won by less than four percent in 2012. Most of these are in moderate-leaning suburban districts where the gun issue could favor the Democrats, and they include districts such as House Speaker Paul Ryan’s 1st District in southeast Wisconsin and Barbara Comstock’s 10th District in the upscale Northern Virginia exurbs, not to mention four GOP-held districts in the Philadelphia area.

In short, there are upwards of three dozen Republican-held House districts in areas that are not necessarily the sort of rural districts where an absolutist position on guns holds sway—but rather suburban districts, full of middle-class to upscale voters who live there because they prize good schools and safe neighborhoods for their children. These voters will be prime targets for a gun-control pitch.

Only once since the Civil War has a party controlling the presidency, but in the minority in both houses of Congress, won control of both chambers, and that happened in 1948. In a normal election, it is all but impossible for the party of the sitting president to take even one house of Congress from the other party’s control.

But this, as we now know, is not shaping up to be a normal election. On one side of the presidential race sits the first woman who will lead a major U.S. party into November. On the other side sits the first presidential candidate in U.S. history with no political or military experience. And now, with public sentiment for gun control running high, this added element just adds to the potential for an unusual result. If Democrats can keep beating the drum on the gun control issue, it is an issue that favors their prospects, and it may enable them to do something that hasn’t been done for nearly seven decades: take back both houses of Congress while retaining the presidency.

It is still probably unlikely. The Republicans would have to lose 30 House seats for Democrats even to gain a bare 218 to 217 majority, and given the handful of moderate Democrats in more conservative districts, that might not even be a working majority. But there is a path forward now—and that path runs through the suburbs, where well-off parents often have the firm expectation that they will see their children grow up safe and happy. 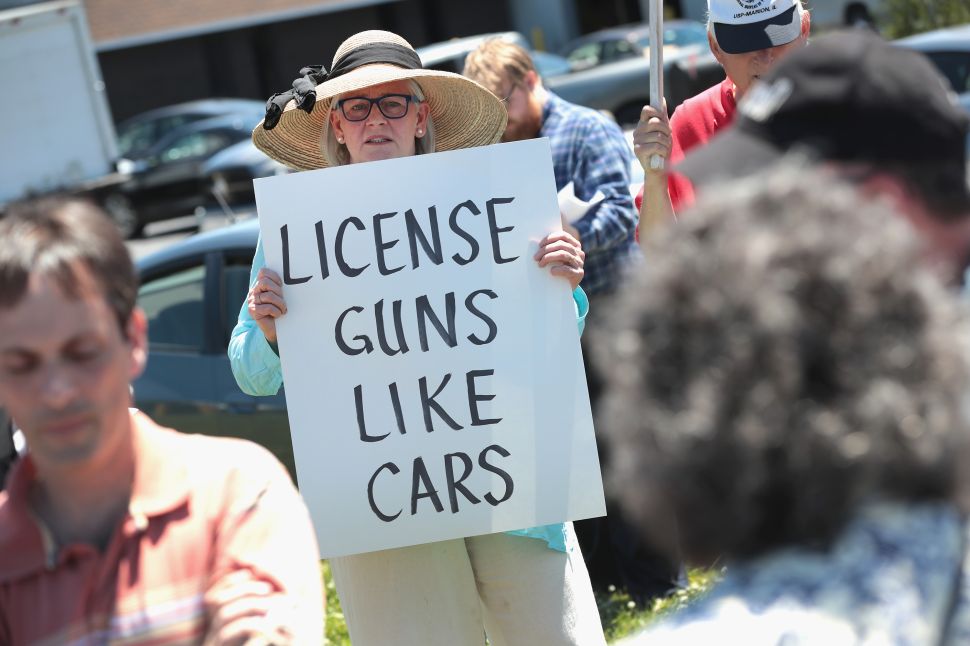