When you think of some of the worst acts of humanity throughout our history as a species, almost all of them were made possible by the fact that one group of people thought of another group of people as less than human. Whether it be the Mongols in their rape and pillage of Asia and Europe, Hitler and his extermination of the Jews, or Pol Pot and the Khmer Rouge killing anyone they deemed intellectual, all of these happened because they saw the people they were killing as something “other” than themselves.

Unfortunately this isn’t limited to the despicable people of history, because the tendency to put people in the “other” category is a feature of most human beings. We do it at work every day, we do it with people whom we perceive to have wronged us, and we especially do it to the people above who I just mentioned. We don’t see them as human beings, we see them as evil incarnate, monsters with nothing in common to any of us “normal” people. White people have done it in the past (and some continue to do it) with black people. Parents do it when they tell their kids “the Asians are just better at math.” We constantly put other humans in the category of “other” because it’s easier to do that than attempt to understand them. Even SJWs, who believe themselves to be the bastions of righteousness do it — inclusion and harmony are on their terms, and as soon as you disagree with them a torrent of abuse is directed at you, because you are deemed “other” by them.

Let’s go with another example that’s fresh in all of our minds and a big problem of late: terrorism. Any time we call a terrorist crazy, insane or psychotic, we treat them as “other.” If someone is crazy, surely they aren’t like you and I, there is something wrong with them that can’t be cured. When we think in this manner, it is little surprise that we lose the ability to understand what’s really going on inside the minds of such people. It may make us feel better to put them in the “other” category, but it is pointless to react in this way no matter how repugnant their actions are, because when we do we have no hope of solving the problem and preventing such actions in the future.

What if I told you that the same psychological urges that make young men want to join the military are at the same time making young men flock to the call of terror groups? Mainstream society is generally horrified by such assertions. That’s because, for most people, it is impossible to reconcile that the psychological urges which we deem heroic in our sons who go off to war are the same as the psychological urges we deem repugnant in a suicide bomber. We can’t accept the hard truth that the people who blow themselves up or massacre a crowd with an assault rifle may not be that much different from us; that, rather than being crazy, they’ve experienced a different, harsher set of circumstances in life that have pushed them down a path every single human being is capable of.

It isn’t just that ‘othering’ people is innate, either—it’s a trait that can be exploited and honed with sufficient knowledge. Both the military and terror groups are extremely adept at training people to think of the enemy as the “other.” After all, it becomes very hard to kill someone when you realize he probably has a family of his own, that he’d rather be having dinner with them right now than in a foxhole firing back at you. We saw this play out between German and British soldiers when they walked out of the trenches during WW1 on Christmas Eve and exchanged greetings, pictures of loved ones and well wishes to each other. Armies and terror groups have learned from such events and now employ very effective methods of dehumanizing the enemy to prevent any future occurrences. Just check out Full Metal Jacket, Jarhead and other military movies. You’ll see soldiers call the enemy ragheads, gooks, Charlie, krauts, and even worse that I won’t repeat here. All armies use derogatory names for the enemy to dehumanize them and make them worth killing. Recruitment videos show soldiers in all their badass glory with inspirational music, and they go to schools to recruit kids when they’re young. Yet we are surprised by the fact that terrorists can be trained to hate and dehumanize us in exactly the same fashion.

We assume they enjoy being difficult, they want to annoy us and must annoy everyone.

It is impossible to understand someone and their actions when we automatically place them in the category of “other” just because we are disgusted and horrified by their behavior. Understanding other people, their worldview and psychology begins with finding common ground in shared experiences. This is not limited to terrorists, either. Think about that person you can’t stand at work in the other department who always makes your life difficult. Because most people see only through their own eyes, they put that person in the “other” category. “They aren’t like me,” we think. We assume they enjoy being difficult, they want to annoy us and must annoy everyone.

What happens though when we don’t place them in the “other” category? What happens when, instead of making assumptions, we look for common ground? We’d likely realize that, just like us, they have their own difficulties in life. Maybe their boss is extremely demanding, maybe they are trying to appease a large group of people including you. Maybe they actually quite like you and are giving you the most favorable treatment they possibly can. Maybe they are dealing with their own issues at home and trying to keep things together. Or maybe they are bound by completely different metrics, meaning they have their own goals that don’t overlap with yours. When we start giving people the benefit of the doubt and stop assuming the worst of them, we can find common ground and build better relationships.

When we search for common ground, we begin to understand other people far better than if we decide to put our own label on them and forever see them in that light. This is why things like depression retain such a stigma even today and why they are (I believe) erroneously given a blanket term “mental illness.” It’s easier for the general population to believe someone has depression because something is wrong with them, because they’re weak, because they have bad brain chemistry, because they’re crazy. It’s far more helpful and realistic, however, to see it in a different light: that maybe they are a person just like us in every way who has had too many things go wrong for them in too short a time, overwhelming their ability to cope.

The man going through the famed “mid life crisis” is a great example. Whenever we see a middle aged man driving a sports car, he’s labelled as a sad old man ridiculed by society. Imagine if people actually tried to understand his situation and not place him in the “other” box. He’s likely a guy who has spent a lot of years in a job that wasn’t very satisfying so he could support his family and pay off a house. He’s gotten to a point where things are fairly comfortable, but he feels as though his best years have passed him by. So he buys a sports car to feel young again, because he always lusted after one in what he believed was the prime of his life. If anything, people should be celebrating his realization and telling him “dude, that’s an awesome ride!”

When we open our minds to the fact that we as humans more often than not have similar aspirations, desires and struggles, the world all of a sudden looks like a very different place. Instead of bombing the shit out of a country because they’ve killed some of our citizens, we can see that in their eyes they may have a legitimate grievance. The fact that you might not think it legitimate is irrelevant — because every single day you have emotional experiences that others may not deem legitimate either. That sort of thinking helps no one and perpetuates the cycle.

Likewise, it is far easier to look at people with opposite political views and write them off as idiots who don’t know what they are talking about. Far more difficult, but much more productive and helpful is to look at them as fellow human beings who have had different experiences and influences growing up that have led them to such a perspective. They likely love their family just as much as us and want what’s best for them, and when we realize that and ask for their thoughts, far more can be accomplished. Rather than becoming a case of “them versus us” where we have to prove we are absolutely right and they are absolutely wrong, it becomes a case of people working toward common goals because there is a respect for a diversity of ideas and opinion.

In case you still haven’t realized, this entire post has been about nothing other than empathy. We so often act as though empathy is easy to achieve, that we just have to look through the eyes of another person. In reality we practice empathy the same way we practice freedom of speech: we’re all for it until someone says something we don’t like. Had I suggested that you try to empathize with a suicide bomber straight off the bat, you would have written me off as a left wing kook. With any luck I’ve given you a compelling reason that you should: because we won’t solve the world’s problems by looking only through our own eyes. 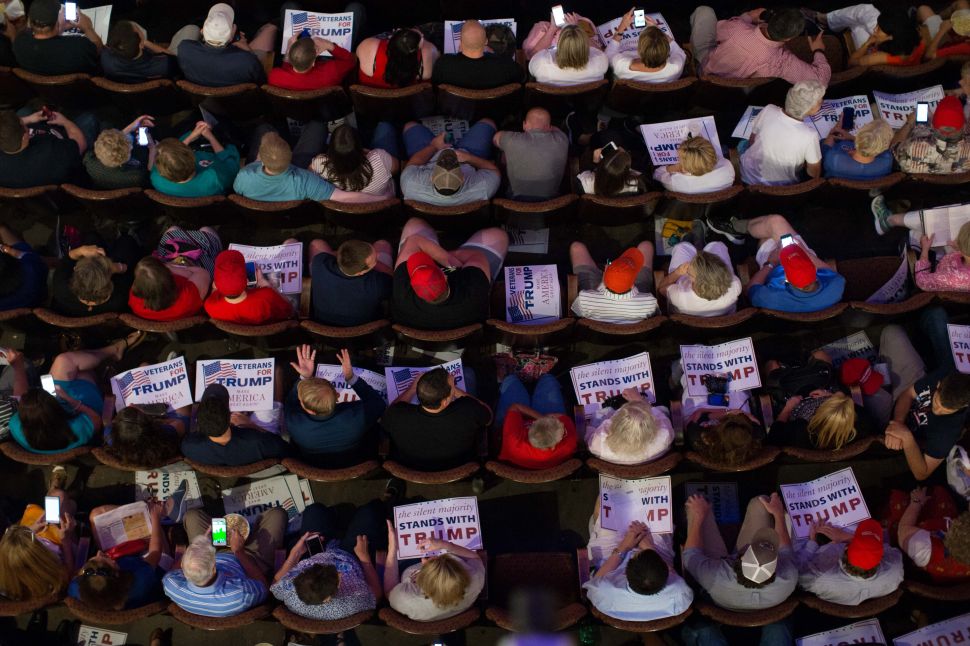