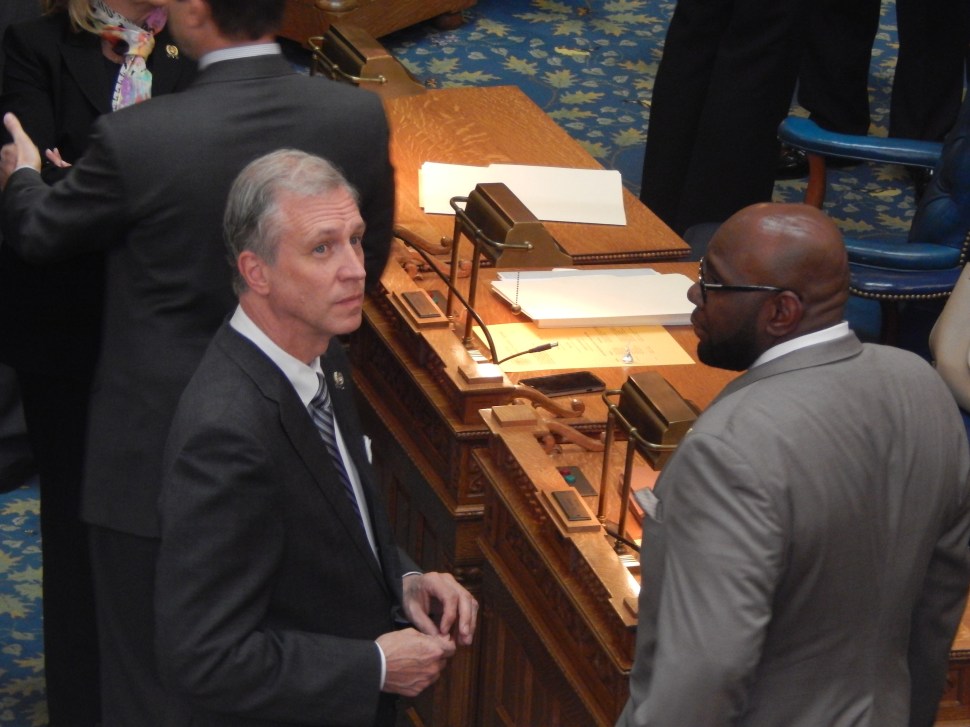 Assemblyman John Wisniewski, left, huddles up with Assemblyman Troy Singleton on the floor of the Assembly ahead of Thursday’s session.

Following a meeting of Democrats in New Brunswick, the Democratic State Committee dumped Bernie Sanders backer John Wisniewski as a super delegate to the national convention and replaced him with longtime Hillary Clinton loyalist John Graham.

Wisniewski is still technically going to be seated at the convention, but will walk the plank once the proceedings start, a source said.