Obviously, we will begin this review of the wonderful new Dexys album by discussing British TV theme songs.[i]

As Americans, we are used to sitcom theme songs that are goofy, hopping, lyric-driven descriptions of the moronic proceedings that are about to unfold; and if the program is a drama or a cop show, the accompanying theme is likely an overwrought, grunting, academic exercise in sub-Bondism, as if some Berklee sophomore got the assignment: “Write something that announces, ‘Hey, hydrocephalics! Dark stuff ahead, perhaps with gunplay!’ ”

But the very best British TV themes are something wholly different. For instance, the introductory music to Coronation Street, Crossroads, East Enders, Last of the Summer Wine and the U.K. version of The Office brilliantly and effectively express warmth, melancholy, and nostalgia.[ii] Sadhappy and introspective, they seem to speak to something deep in the soul of Great Britain.

Have any of you ever been in a lesser English city—say, Leicester or Norwich—on a cold, rainy winter night, and all the shops are closed, and the bedroom floors creak with every step, and the only lights to be seen through the streaks on the windowpane are lonely street lamps, illuminating no one, no action and no hope? No matter how many sweaters you put on, no matter how much hot tea you swallow, there is a chill in the room, in the building, in your soul.

Have you ever stepped out of a pub, in Belfast or Manchester or even Hackney, late on a midsummer night, the cheer of your friends and the melodies of the jukebox still ringing in your ears, the northern sky above the city still lined with pink and purple from the late-dying sun?

In the twang of a guitar, a few hums of bass harmonica, or the sigh of a lonely string line, the greatest British TV themes express these feelings better than any words ever could.

If you listen to a few of these TV themes, you will also see a commonality with the tuneful melancholia of Nick Drake, the Pogues, Tony Hatch, the Cure, the Cocteaus, or Syd Barrett; heck, it’s even reflected in Zeppelin’s epic encapsulation of city/country loneliness, “The Rain Song.”

Let The Record Show: Dexys Do Irish and Country Soul, the new record from Dexys (formerly Dexys Midnight Runners), captures this almost mystical quality of British happysadness as virtually no pop album ever has before.

It is conjured out of the wounds and bandages of memory, ribbons of melody and exquisite execution that is simple, precise, and cinematic. This poignant and delicate breath of an album may be the best record of 2016. It’s certainly the most surprising.

In the United States, Dexys are primarily known for one gigantic hit. Both lyrically and socioculturally, “Come On Eileen” was a far more complex track than almost every other “new wave” hit of the early 1980s, so it comes as no surprise that it was the work of a very deep band: two years prior to “Eileen,” Dexys had made Searching for the Young Soul Rebels (1980), which featured an almost unprecedented mixture of punk idealism, deeply articulated political ire, scorching white soul melodies, performances of almost violent passion and hell-raising Stax/Motown horns. Driving, pulsing, thought-provoking and heart-wrenching, it is very possibly one of the 10 best albums of the 1980s.[iii]

In the years since, Dexys (which basically boils down to vocalist/conceptualist Kevin Rowland and a variable crew of remarkable and well-chosen sidemen) have made some conceptually challenging and artistically remarkable music. But I have waited over a third of a century for Rowland and Dexys to make an album I loved almost as much as I loved Searching for the Young Soul Rebels.

Let The Record Show: Dexys Do Irish and Country Soul is that album.

Did I mention that it’s all covers?

I didn’t think it was possible that anyone could release a better ‘standards’ album in 2016 than Bob Dylan. But I was wrong.

Heartbreaking, self-lacerating, bitter and powerful, with an emotional uneasiness that stands in stark and effective contrast to the subtle but assertive arrangements, Let The Record Show is the John Lennon/Plastic Ono Band of standards albums. Kevin Rowland is not singing these songs as an act of nostalgia; he sounds as if he is singing them as a necessary and active part of the act of remembering.

It sets the tone for the whole album: Let The Record Show features many songs of Ireland, but it also includes songs heard in the streets and pubs of Ireland, songs heard in the family front room and songs heard playing on the radio in the caffs you walked by a long time ago. Like all the arrangements on the album, “Women of Ireland” is vulnerable yet firm, with the less-is-more power of a whispered secret.

On every track, Dexys sound as hushed and intense as the inhalation before a crucial announcement.

If you buy only one standards album this year, this is the one.

Even songs I might have dismissed in the past—for instance, “Smoke Gets In Your Eyes” or “Both Sides Now”—resonate with a gentle, subtle power that would make Penguin Café Orchestra or Durutti Column proud (while sounding nothing like either).

“Carrickfergus,” which closes the album, is a stone-cold showstopper. Dozens of artists have taken a shot at this song (including Van Morrison), but Rowland’s version is the best I’ve ever heard. Alongside Fred Neil’s recording of “The Water is Wide” (a song which shares some common ethnomusicological roots with “Carrickfergus”), Syd Barrett’s “Dark Globe,” John Lydon’s “Annalisa,” and Nick Drake’s “Black Eyed Dog,” this rates as one of the most absolutely shattering and unnerving vocal performances I’ve ever heard.

I think Rowland achieves this—and other intensely emotive vocal triumphs on Let The Record Show—by letting the text lead his performances; he knows he can trust his pipes, so he lets his heart do the heavy lifting. Like Dylan on his recent standards albums, Rowland doesn’t let the notes on the score or commonsense about a “good” take stand in the way of his desire to conjure the most emotionally authentic performance.

As a result, Kevin Rowland sounds like he’s been chewed up on the inside by these songs, as if he’s angry and sad at what these songs reveal about him.

He doesn’t seem to be singing these familiar songs to entertain us; he seems to be doing it in order to come to terms with something about his personal relationship to a lifetime of listening to and making music. Simultaneously, this very personal process is framed by uniquely beautiful music that accomplishes the very, very difficult trick of being both understated (some of it is virtually drawn in the lightest charcoal) and deeply robust.

Listen: If you buy only one standards album this year, this is the one. And if you’ve only bought one or two Dexys record in your whole life, please now go buy one more: Let the Record Show: Dexys do Irish and Country Soul, this amazing, subtle, powerful, visceral album that lays bare the soul, memories and losses of Kevin Rowland.

[i] The full name of the band is Dexys, formerly known as Dexys Midnight Runners. Grammar-heads, please note: In both ideations, no apostrophe is utilized. Don’t blame me.

[ii] True, The Office theme is a cover of an old pop tune, but the lonely-horn, echoing, lonely arrangement is 100 percent in keeping with this tradition.

[iii] Like Let The Record Show (and the British TV themes discussed earlier in this piece), “Come On Eileen” also dealt, very explicitly, with the idea of memory: there are direct correlations between the video for that track and the handful of gorgeous and moving videos Dexys have made for the new album. 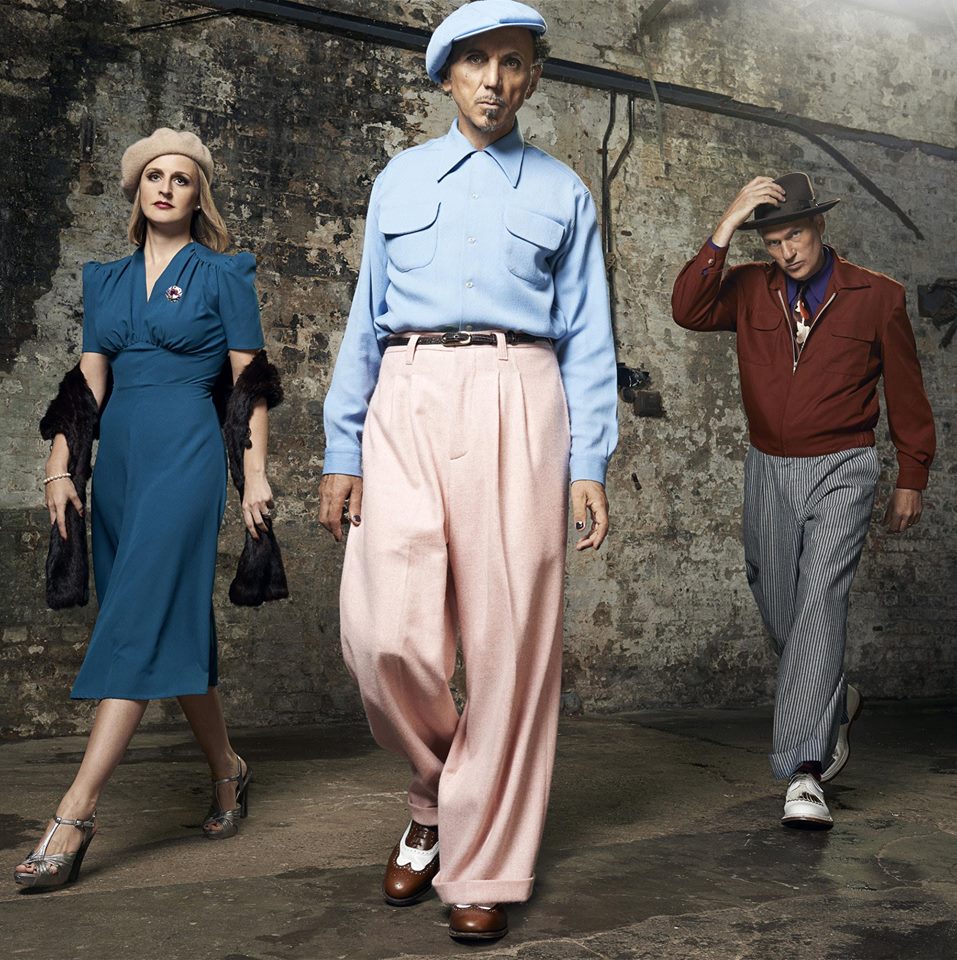