SAN JUAN/TEMECULA—The ongoing controversy over Puerto Rico’s insolvency and efforts to enlist congressional support for legal bankruptcy protection for the U.S. territory have resulted in fingers being pointed at the local Federal Bureau of Investigation (FBI). Puerto Rico U.S. Attorney’s office is also under fire for an alleged failure to investigate and prevent a reportedly massive fraud that may have contributed to the island’s financial crisis.

I am CEO of Commercial Solar Power, Inc., a company that was reportedly forced into bankruptcy by what has been described as the “bizarre behavior” of the Puerto Rico Electric Power Authority (PREPA), which has been used to redirect as much as $100 million a year from the people of Puerto Rico to select government officials.

On February 24, 2015, a private lawsuit was filed using the Racketeer Influenced and Corrupt Organizations Act (RICO), claiming government officials at PREPA stole over one billion dollars in public money over 10 years and committed one of the largest municipal bond frauds in United States history.

Increasing municipal bond defaults have been a growing concern among investors and politicians over the past few years. With the pending defaults on almost $70 billion dollars in municipal debt issued by various Puerto Rico municipalities, the Securities and Exchange Commission (SEC) has reportedly increased its efforts to monitor this sector.

As I understand from confidential sources, SEC audits have uncovered material irregularities relating to the issuance of unjustified credit ratings by Fitch Group, Inc., “a global leader in credit ratings and research,” according to its website. My confidential source has indicated that the initial probe will focus on bonds issued by Puerto Rico’s largest utility company PREPA.

However, Daniel Noonan, global head of communications at Fitch Group, stated in an email, “We have no knowledge of any of the investigations” alleged.

It has also been alleged that law enforcement authorities in Puerto Rico stood by and did nothing for a number of years—an assertion that was substantiated by a phone call originating in Alexandria, Virginia. Some months ago, I received a call from a man stating he worked for the U.S. government, inferring he was with the Central Intelligence Agency (CIA).

I was told that Puerto Rico came on his agency’s radar years ago because the head of the PREPA fuel purchase office started making direct calls to the then-president of Venezuela, Hugo Chavez. An agency listened in and found out that PREPA was buying sludge oil from Venezuela and billing the utility for high grade oil. The difference in value—hundreds of millions per year (today it would be $700 million a year and is said to be still going on)—was allegedly kicked back to the fuel office manager and distributed to politicians and government officials on the island.

As the unnamed government agency continued to listen in on the calls, the caller claimed it became clear that family members of Puerto Rican FBI agents and family members in the Puerto Rico U.S. Attorney’s office were receiving payments based on these “kickbacks.”

He went on to tell me that the Puerto Rico’s FBI office and U.S. Attorney will do nothing about the oil kickback scheme and the bond rating scheme because they were participating in it. He went on to suggest that because of the separation laws regarding CIA activities and U.S. national law enforcement, there was not much he could do.

On Monday, a senior source in a related U.S. government agency, speaking to Caribbean News Now on condition of anonymity, confirmed almost word for word what I had apparently been told.

In the meantime, I received a voice message from someone said to be calling from the San Juan FBI office in response to complaints I made to members of Congress. He claimed the matter was being “looked at” to determine whether the circumstances cross the boundary from civil fraud to a criminal offense.

On June 24, 2015, the government of Puerto Rico issued a 23-page legislative report, no less than a detailed confession, which outlines how government officials in Puerto Rico conspired with Wall Street firms to commit $11 billion dollars in financial fraud.

After reviewing this document and other evidence for many months, I believe the FBI is claiming that the best prosecutors in the DOJ have not yet found criminal grounds to move forward.

According to the legislative report itself, PREPA paid previous bondholders with capital received from new investors, which is the classic hallmark of a Ponzi scheme.

“The above mentioned was done to benefit the financial community that issued the debt and who today is collecting same, without any monies having been invested in improvements to infrastructure, all to the detriment of the best interest of the people of Puerto Rico. We believe that the actions and circumstances mentioned above caused the economic insolvency which has plagued PREPA in the past years,” the report said.

The debt was sold at discount, a large quantity of it between .60 to less than .50 cents to the dollar with the agreement to pay to the dollar in full upon maturity. Plus, the annual return yield was agreed to set high interest rates, and the principal and return are three-fold exempt from payment of local and federal taxes, the report continued.

The report claimed that the financial intermediaries and the institutional bondholders, despite being fully aware of PREPA’s fiscal situation, had no qualms with unjustly enriching themselves and with having the consequences of their negligent acts be paid for by the people of Puerto Rico.

“Meanwhile, and fully aware that PREPA did not have the resources to repay the debt, investment firms, banks, credit houses, consulting engineers, and PREPA itself failed to bring out into public light the need to make adjustments to the rates charged by PREPA,” the report stated.

Investors allowed PREPA to issue bonds. Then, PREPA borrowed from private banks to pay the bond’s interests, then borrowed from the Government Development Bank (GDB) to pay back the private bank loans. The GDB, in turn, issued more bonds to refinance all. Afterwards, PREPA would issue a new debt to pay GDB’s outstanding interests, pay principal and pre-pay the new bonds’ interests for several years—a cycle that is repeated over and over—and in which the original debt is never paid, the report outlined.

“This practice could constitute a fraud scheme for which the federal agencies that regulate financial instruments and the Security Exchange Commission could take action against and/or pursue civil suits against these institutions,” the report concluded.

It was also recommended that the report be forwarded to the U.S. Justice Department and the SEC for corresponding action.

The Puerto Rican Legislature itself is clearly suggesting that a criminal act had occurred and should be investigated.

Richard Lawless is a former senior banker who has specialized in evaluating and granting debt for over 25 years. He has a Master’s Degree in Finance from the University of San Diego and Bachelor’s Degree from Pepperdine University. He sits on a number of corporate boards and actively writes for a number of finance publications. 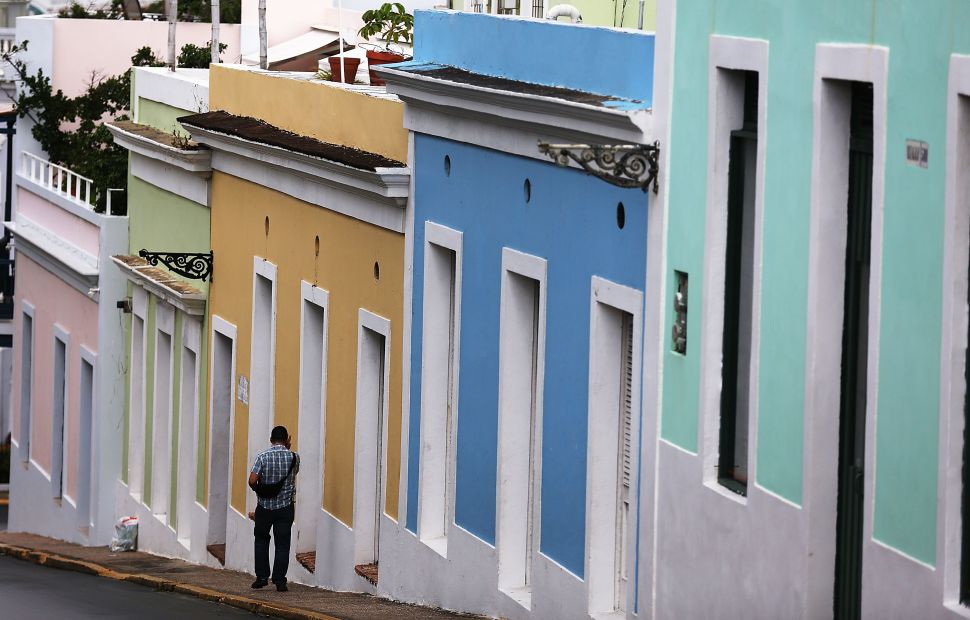