DNC chair Debbie Wasserman Schultz has turned over her duties to Brandon Davis, National Political Coordinator for the Service Employees International Union (SEIU), who was installed by the Clinton campaign. Wasserman Schultz will retain her title as DNC Chair until the Democratic Party votes on a successor.

While Democratic presidential nominees traditionally appoint election managers after the primaries end—as Barack Obama did in 2008—the alleged removal of Wasserman Schultz as DNC chair was nothing more than a publicity stunt. In effect, the move allows Clinton to tout an image of responding to Wasserman Schultz’s poor favorability without actually having to do anything about it.

This is not a sign of progress. Rather, the removal buys time and entertains the possibility of retaining Wasserman Schultz after the Democratic National Convention, once criticism for her poor party leadership dies down. In short, Wasserman Schultz protected Clinton with a limited primary debate schedule and now Clinton is returning the favor—which does doing nothing to fix the corruption Wasserman Schultz flooded into the Democratic Party as DNC chair.

On June 16, Senator Bernie Sanders called the Democrats a party of “wealthy campaign contributors” in a speech streamed to supporters. Wasserman Schultz opened the Democratic Party to wealthy campaign contributors by quietly rescinding a ban on contributions from federal lobbyists and political action committees, initially enacted by Barack Obama in 2008. A giant step back from removing the influence of big money in politics, the move enabled the Hillary Victory Fund—a joint fundraising committee between the DNC and the Clinton campaign—to launder funds into the Clinton campaign under the pretenses of raising money for down-ticket Democrats. While the ban remains removed, Clinton continues to rake in millions of dollars in campaign contributions from influences with interests contrary to progressive and liberal agendas.

Debbie Wasserman Schultz served as Clinton’s 2008 campaign co-chair and helped Hillary Clinton win the 2016 Democratic primaries to the greatest extent she could, even though her relationship warranted Wasserman Schultz recuse herself from the primaries. Congresswoman Tulsi Gabbard, bravely spoke out against the undemocratic limited debate schedule coordinated by Wasserman Schultz, and eventually recused herself from her position as DNC vice chair in order to transparently support the Sanders campaign.

Wasserman Schultz’s false claims of impartiality employed a variety of mechanisms to rig the election for Clinton, including appointing several corporate lobbyists to serve as super delegates. Recently-leaked internal DNC correspondence illuminates strategies that were formulated with Hillary Clinton as the presumed nominee in mind—several months before the first primary state even voted.

Transitioning Debbie Wasserman Schultz’s duties to another Clinton surrogate will do nothing to reform the Democratic Party. In a recent address to supporters, Sanders noted his hope to work with Clinton to transform the Democratic Party into one that, “has the courage to take on Wall Street, the pharmaceutical industry, the fossil fuel industry and the other powerful special interests that dominate our political and economic life.” 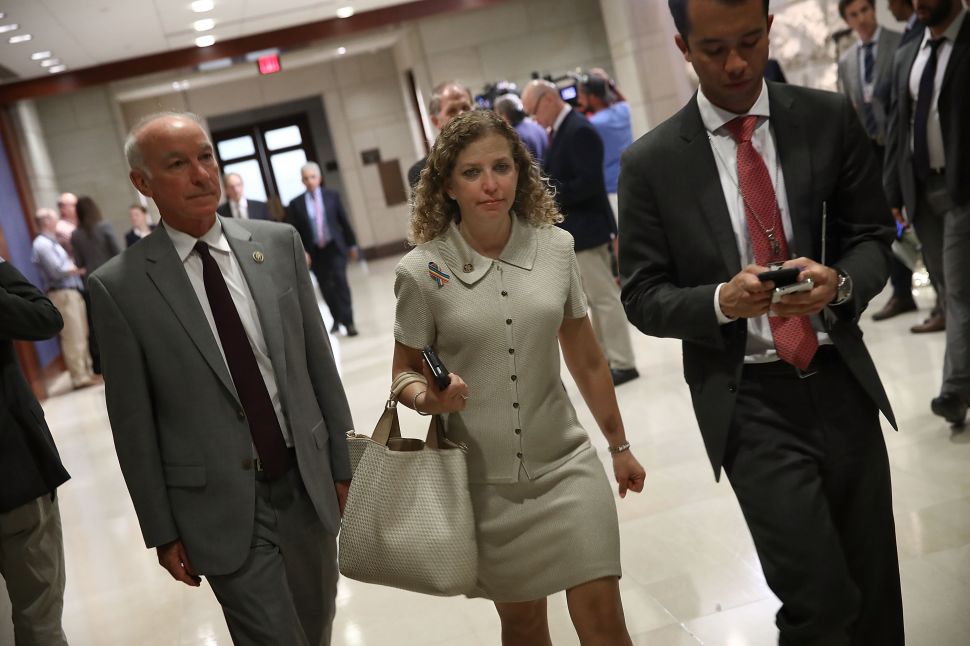