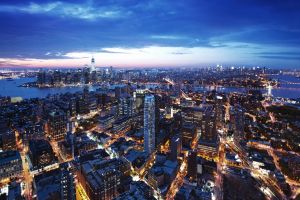 Michelle Lipchin landed in Downtown Brooklyn more or less by accident, coming across the neighborhood while looking for temporary housing upon returning to New York after a stint abroad for an MBA.

“I’d lived before in Manhattan, but when I moved back the market had changed a lot,” she recalled. “Manhattan had gotten really expensive. I’d never heard of Downtown Brooklyn. I kind of ended up here as a fluke.”

“I ended up really loving the area and extending my lease over and over and then buying here,” she said. “But it was a little bit of a serendipitous thing that I even discovered the neighborhood.”

Lipchin can be forgiven her initial ignorance. While Brooklyn has over the last decade transcended its status as a mere place to become something more akin to a global lifestyle brand, that brand has precious little to do with the borough’s downtown. 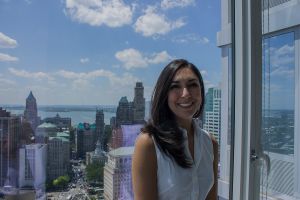 Brooklyn, in the popular imagination at least, is a candyland of beards and brownstones and quaint leafy streets, of farm-to-table restaurants and sleeve-gartered bartenders, pour-over coffees and vintage bikes. The thin, relatively charmless triangle of land bounded by Court Street and Flatbush and Atlantic avenues is none of that. An under-retailed (but getting better!) agglomeration of office buildings and residential high-rises strung together by a web of blue construction fencing, the neighborhood feels less a bucolic fantasy than a very credible attempt to graft a bit of Midtown Manhattan onto the outer boroughs.

Which is not to say the place is without a certain appeal. It’s just that that appeal isn’t necessarily the sort most commonly associated with the area.

Writer Helene Epstein moved with her husband to the neighborhood a year ago, and like Lipchin purchased a place at 388 Bridge Street.

“I love the charms of a brownstone, but I have been spoiled by the charms of an elevator and a doorman,” she told the Observer. A life-long resident of the tri-state area, she and her husband spent the bulk of the last two decades in the suburbs, but with their children out of the house they decided to move back to the city.

Epstein, too, was unfamiliar with Downtown Brooklyn when she began her apartment hunt. “I really had only thought about [it] as this place where there were the courts and banks and universities,” she said. But after a deal on an Upper East Side co-op fell through, her broker suggested she take a look at the neighborhood. Once she was there, the two cardinal virtues of real estate—price and location—did their work.

A rendering of Dekalb Market Hall. Photo: Gensler and Pentagram

“What really sold us on it was [that] the monthly costs were very low,” Epstein said. “There was a tax abatement, and the common charges were very reasonable, so we could afford more square footage in a brand new building than we could afford in Manhattan.”

Additionally, she noted, “pretty much every single subway line is available right here.”

More specifically, the neighborhood is served by the 2, 3, 4, 5, A, B, C, F, G, Q and R lines as well as the Long Island Railroad. That connectivity, along with a 2004 rezoning that allowed for high-rise construction, has made the area one of the busiest spots in the city for residential development.

“You have an area which is very rare in 21st-century New York City, where you have the ability to build high-density tall buildings and you have transit,” Stahl Organization vice president Roger Fortune told the Observer. “There really isn’t any other place like that.”

And while you’re not in one of the borough’s picturesque neighborhoods, you are smack between several. “So what you end up having is the ability to have this sort of classic New York high-rise living with a doorman and concierge and great views in the midst of great transit access, and you are a block from brownstone Brooklyn with its open spaces and parks and restaurants,” Fortune said.

It seems like an obvious play from a developer’s perspective, and, with some 12,500 new residential units either planned or under construction in the neighborhood (according to a 2015 report from the Downtown Brooklyn Partnership), perhaps it is.

‘You end up having this sort of classic New York high-rise living with a doorman and concierge and great views in the midst of great transit access, and you are a block from brownstone Brooklyn.’—Stahl Organization vice president Roger Fortune

That wasn’t always the case, though, noted Paul Travis, managing partner of Washington Square Partners, one of the developers behind the massive Downtown Brooklyn mixed-use project City Point.

“In 2004, there were around 200 residential units in the core of Downtown Brooklyn, so there were virtually no residents,” he said. “There was hope that some residential would come out of the rezoning, but I will tell you as someone who was around, there wasn’t a single person at any of the review agencies who actually believed that any apartment buildings would be built. The belief at the time was that while the neighboring neighborhoods were doing well, people would not choose to live downtown.”

But several residential developers did test the , putting up condo buildings like Oro, The Toren and One Hanson Place. Hitting the market just before the 2008 crash, the developments were presumed by many observers to be doomed, recalled Travis, “but what happened instead is that the units filled up very quickly.”

“At a lower price than the builders were originally contemplating, but they filled up,” he said. “And so suddenly everyone says, ‘You know, maybe there is a market in Downtown Brooklyn.’ And what begins to be obvious is that they are not filling up because people are seeking a cheaper alternative to Manhattan. They are filling up because people want to be in Brooklyn, and that is a really fundamental change.”

“Buyers at 388 Bridge are generally not people who are considering a brownstone,” said Fortune. “They are people who really like high-rise living, they are buyers from all over the world. We have had buyers from Israel, from China, people who have multiple homes and this is their New York place.”

And even those who come to the borough nursing brownstone dreams often reconsider once they get a look at the bloodsport negotiating its townhome market has become. 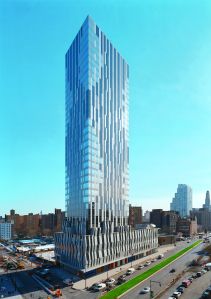 “A lot of people come with the idea that they want to live in an older townhouse or a beautiful brownstone and have one of those prewar two-bedrooms that’s actually not a two-bedroom, it’s like a large one-bedroom that they could work like a two-bedroom, and then they realize the inventory for that is almost nothing,” said Citi Habitats agent Jason Burke.

Downtown Brooklyn’s better transportation and more extensive building amenities also turn some heads, he added. “If you live in Brooklyn Heights by the promenade, you’re walking six blocks to the train. As opposed to Downtown Brooklyn, where you come out of your building and the train is either right downstairs or across the street.”

Of course, on the right day a six-block walk through Brooklyn Heights can approach the sublime, while crossing the street in Downtown Brooklyn, even in the loveliest of weather, remains a decidedly uninspiring affair.

If an area’s food offerings can be used as a proxy for its quality of life (and what could be a more Brooklyn metric than that?), the decades-long decline of Downtown Brooklyn’s Gage and Tollner site from a famed Edna Lewis-helmed eatery to a TGI Friday’s to an Arby’s to a discount jewelry store is a reasonable encapsulation of the neighborhood scene. The shopping and restaurants of Cobble Hill and Carroll Gardens and Fort Greene are just a short walk away, but amenities in Downtown Brooklyn proper remain thin on the ground.

As do trees. “We need more trees,” Epstein said. More trees and, unlikely though it may be in the near term, less construction. “The constant noise and dirt and change make it difficult to have a neighborhood feel,” she said.

But what do you want from a neighborhood that barely existed 10 years ago?

“I feel like I am here at the beginning and I am here to stay, so I hope in a few years it quiets down and I will be able to really start to enjoy a sense of neighborhood,” Epstein said.

And restaurants and retail are coming, said Lipchin. “I still take most of my meals in one of the surrounding neighborhoods, but every day something new is opening [in Downtown Brooklyn].”

Most immediately, locals have their hopes pinned on City Point. The 1.8 million-square-foot mixed-use mega-project will this year bring to the neighborhood new spots including an Alamo Drafthouse movie theater, a branch of Katz’s Delicatessen and a Trader Joe’s. In a reflection of the area’s evolution, the development has gone from including 9,500 square feet of dining in its original plans to around 67,000 square feet today, including the 30,000-square-foot Dekalb Market Hall.

“City Point is going to be a game changer,” said Douglas Elliman agent Edgar Zaldivar, who lives in the neighborhood. “Retailers and restaurants want the residential component to already be there, and then they tend to pull the trigger once they are sure they can make money. So we still lack cool restaurants and things like that, but it is going to happen.” 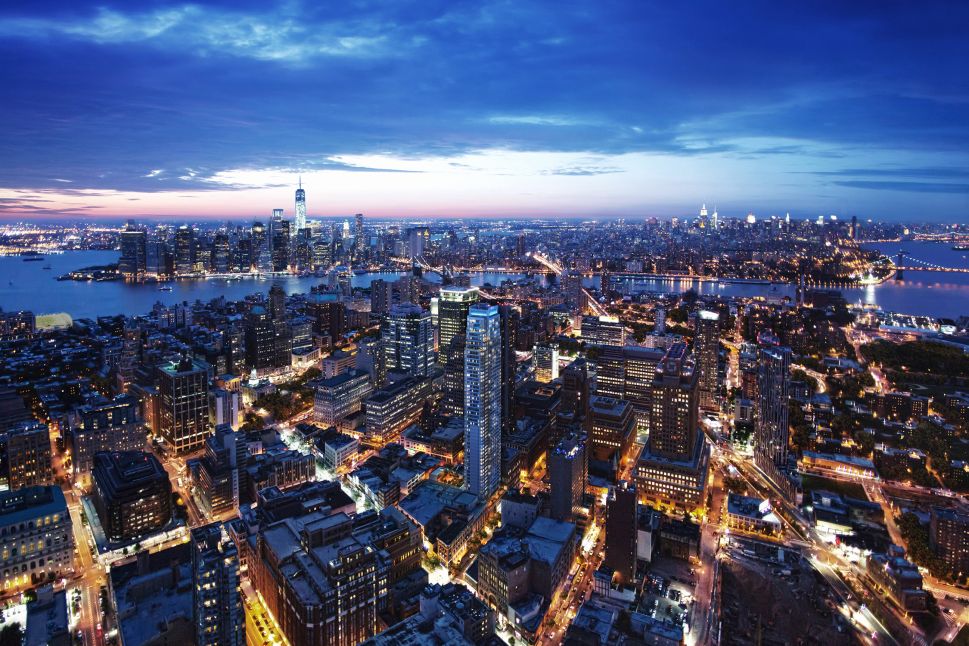