“I’m not good put on when put on the spot!” Lisa Hanwalt protests. “This is why I’m an artist and not a comedian.” As with so much about her work, though, the line is far blurrier than she’s let on. Emerging from the world of alternative comics, where she’d hand-sell her self-published comics at small-press conventions around the country, Hanawalt soon developed a massive following the old-fashioned way: by looking and reading like nothing else out there. Dominated by drawings of dubiously anthropomorphized animals that are equal parts whimsical and kind of creepy, Hanawalt’s comics blended comedic autobiography with full-on gross-out humor, often with a sexual edge, always hilarious. This made her the perfect person to develop the look of Netflix’s hit animated series Bojack Horseman; as its production designer, she’s given creator Raphael Bob-Waksberg’s chronicle of personal and professional collapse its inimitable visuals.

Nominally, Hot Dog Taste Test — her new book from publisher Drawn & Quarterly, which she’ll be launching at Housing Works tonight at 7pm — is focused on food, from the title and the cover on down. A columnist for the modern-day eaters’ bible Lucky Peach, her visual essays for that magazine — shadowing megachef Wylie Dufresne at a day at work, living it up at Las Vegas’s all-you-can-eat buffets, gorging herself in Flushing’s underground eaters’ paradise Golden Mall — dominate the collection. But that’s only half the story: The other half involves traveling to these locations, getting stuffed at them, going to the bathroom afterwards, riding horses, swimming with otters, and a plethora of other intensely physical experiences. Like the titular delicacy, it’s packed with disparate parts beneath its pleasing exterior. We spoke to Hanawalt about her recipe for making art that’s both mouth-watering and stomach-churning.

I had the impression going in that this is “Lisa Hanawalt’s Food Book,” but having read it’s like your real subject is how it feels to inhabit a physical body. The food angle is just there to whet your appetite. So to speak.

You totally found me out. This book is an edible Trojan horse? But yes, it could have been called Here’s a Pile of Stuff Lisa Felt Like Making Over the Last Few Years and Most of It Is Related to Food, but people tend to want a tighter concept before committing to reading an entire book.

It’s a real whirlwind of stylistic approaches — comics, illustrated prose, non-illustrated prose, lettering, painting, drawing, sequential work, standalone images, even sculpture and pottery and photography. Why do you go for broke like that?

I always have fun when I give myself permission to break the format, maybe because I get bored easily. And there’s nothing to lose but the respect of some stodgy, scoffing individuals I invented in my head. I think it’s unexpected and makes the book feel more playful. It reminds me of those old Klutz books. I’d love to do a book with scratch n’ sniff pages and pieces of string and plastic attached to the pages, you know?

One aspect of physicality it doesn’t address much is sex. There are a couple of allusions, and a lot of sex-adjacent body parts, but it’s much more about eating, shitting, peeing, menstruating, traveling, riding, feeling full, getting sick…

That’s a good point, because I haven’t been one to shy away from sex in the past. Maybe it’s a subconscious attempt at making something sliiiightly less creepy, and to let people dig for my hornier work if they’re true fans? Maybe I’m just going through a bowel phase, the way Picasso had a blue period? I’m also a little grossed out when food and sex are combined, honestly.

You have this killer gig working for Lucky Peach, which is where many of these pieces originated. What’s it like working with those famous chefs and high-class restaurants you visit for the magazine?

I was lucky that Wylie Dufresne said yes after I’d already published a drawing of him have a nitrogen fight with Grant Achatz in a previous LP issue! He has a good sense of humor. I’ve had trouble gaining access to certain people I’d really love to interview because they’re worried I’ll make fun of them. I’m a pretty private and self-conscious person, so I relate to that concern!

Your work has always placed animals front and center, in a kind of funny and fanciful way, but in this book they’re like characters in your autobiography. You’re playing with them, you’re riding them, but you’re also eating them. How conscious are you of this duality in the moment?

I’m level nine conscious, on a scale from one to ten.

Has this changed how you’ve drawn them?

I can’t say that the way I’ve drawn them has changed significantly…I’ve been drawing myself as an animal since I was five or six. I think it’s always clear how much pleasure I take in drawing them. It’s so deeply embedded that it’s hard to step outside of it and formalize it.

Many of those stories here also involve traveling, which winds up playing nearly as major a role in the book as eating.

They’re similar. They’re both about stepping out of your comfort zone to have a different experience.

Do you feel a difference, both in how you eat and how you process it artistically after the fact, when you’re consuming fancy or expensive food vs. stuff that’s more accessible?

I think the price of the food can totally alter the perception of it. If I know something is expensive and the ambience is fancy, the food just invariably tastes a little better — and I feel like I’m getting away with something. But I’m also bored by most “fancy” food. It’s usually the same five menu items, and they’re all too salty and covered in butter. Good cooking is good cooking, regardless of the price.

How do you balance your “day job” working on Bojack Horseman with continuing to do comics?

I’m glad it seems like I’m balancing those things, because I’m always in a panic over not doing enough. It is what it looks like: I’m often spending 8-10 hours at work and then doing more work after I get home. I pushed really hard to complete this book while working full time on the third season and had a flare-up of gut problems — ironic, given the theme of the book — which I’ve always had issues with, but get really bad when I’m stressed. So I’m not currently supposed to eat hot dogs. Isn’t that funny? 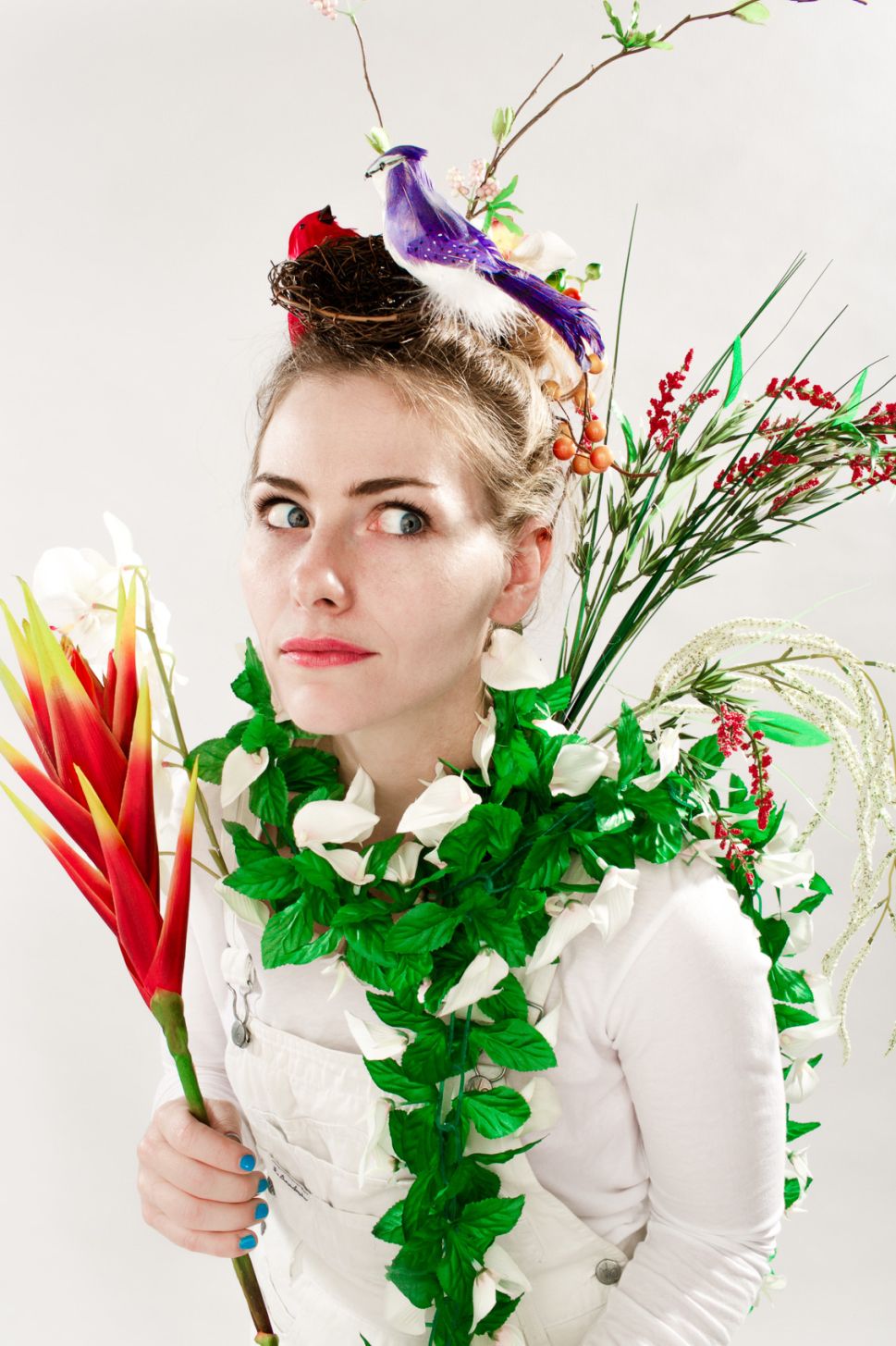