Edward Enninful has logged 25 years in the fashion industry. The Ghana-born stylist went from being the youngest fashion director at i-D, with a cameo in Vogue‘s The September Issue, to the fashion and style director of W. Today, the creative celebrates his career in a collaborative video with Beats by Dre and SHOWstudio’s Nick Knight.

“When Beats approached me to collaborate on something I thought it would be nice to do something that didn’t just play on my past work, but was meaningful now and projected into the future,” Enninful told the Observer, days ago in an interview at the Surrey Hotel. “I thought it would be interesting to tackle the concept of the moving image. My work is normally seen in the context of a magazine or an iPad but to see something so big in Times Square would be a lot different.”

For the project, which was teased in Times Square back in January, the editor called in the eight models who have influenced his career the most: Kate Moss, Lara Stone, Karlie Koss, Naomi Campbell, Maria Carla Boscono, Jourdan Dunn, Karen Elson and Anna Ewers. He dressed them in a range of designs from brands like Celine, Alexander McQueen, Vetements, Prada and Yohji Yamamoto. Their task: embody the seven deadly sins as they are represented in today’s digital world.

“It was one of the best projects I’ve done in my career” Enninful confessed. “I was just like a fan, watching these girls become these characters. There was no script. It was almost like silent movie. They weren’t reading a script, they were just channeling these characters.”

Spanning over two decades, Enninful’s career has been an expansive one. “When I started, fashion was very small,” he explained. “There were only really a few [stylists]. You either worked in London or occasionally Paris; New York was so far away.” Now that has all changed. Until he took his role at W five years ago, Enninful himself traveled constantly. And we all are aware of how ubiquitous stylists are these days.

“Now, there’s a globalization of fashion which I love. It’s been happening over the years but now with social media anything is possible. It really helps the fashion industry appeal to a much broader audience.” The fashion director was referring to fashion’s increasing diversity.

As one of the top faces of color in the industry, Enninful has been vocal about diversity issues. When he was doing a stint at Vogue Italia, he was a driving force behind the much discussed “All Black” issue in 2008. “I’ve spent so many years trying to be all-inclusive, whether it has to do with race or sexual orientation and now it’s so great that the world seems to be embracing it all. If I had any thing to do with it, I’m very flattered.”

He most certainly has. With a hand in the advertising campaigns of influential brands like Calvin Klein, Diane von Furstenberg and Dior, as well as a position cultivating young talents like Jourdan Dunn (he styled her first cover of i-D) his influence is apparent. One can only imagine what he might accomplish in his next 25 years. 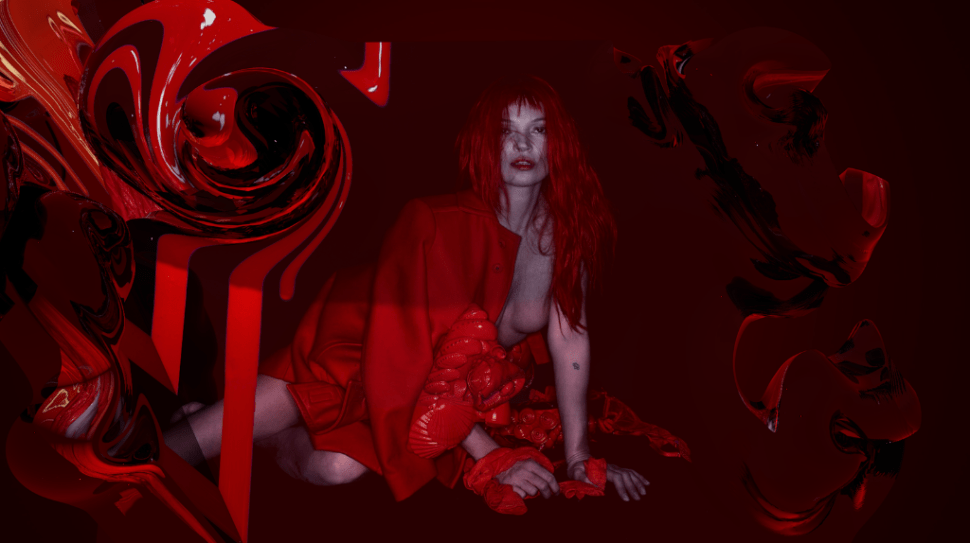