When Etsy recently moved into its sleek new Dumbo headquarters, replete with a solar roof and rainwater catchment system, the CEO of the handmade goods marketplace, Chad Dickerson, could have easily reserved a corner office with a dramatic view of the Manhattan Bridge for himself. Instead, the soft-spoken, palpably reasonable North Carolinian let staff have that space. We met last week inside his reasonably sized interior office.

My favorite feature is the building is very much a living and breathing edifice. For example, we have solar power on the roof, so the electricity that we use is coming in part from natural sources. We’re also capturing rainwater and we’re using that to plants around the building. There are an enormous number of plants.

It’s not like any closed building that’s sitting on the street, it’s actually part of the ecosystem here in Dumbo.

At a panel at NYU Engineering not long ago, you commented about moving the company from Silicon Valley to New York. Are your neighbors here still asking you to fix their Wi-Fi routers?

What do you think the technology agenda of New York City should be? If money were no object, what steps should the city take?

Do a much better job expanding broadband.

The second thing is really building the next generation of technology professionals. New York City has the largest public school system in the United States. It can lead the way in teaching technology literacy and programming. If the kids who are going to kindergarten next year learned computer science for 12 years in a row, that could have a remarkable effect.

You have said you took a leave of absence when you adopted your son from Korea to show your employees the importance of work-life balance.

Your job is really important, but you’re also a complete person who has other responsibilities in your life. So one of the things that’s really important to me is that everyone at Etsy brings all of themselves to work. People do better work when they’re allowed to be who they are at work. In the case of adopting my son—obviously a really important moment in our lives—my wife and I wanted to make sure we spent as much time as we could parenting during that big transition. Spending as much time as possible is really important for the future life of the child. I committed to taking the full leave that we had at the time, which I think was five weeks. We’ve since expanded it to 26 weeks. I discussed this with the board of directors, because there are practical considerations when you’re going to be on leave for a while. And the board was absolutely 100 percent supportive. There was no fighting back.

Etsy took a leadership role in the bitter fight for net neutrality before the FCC. What I found interesting was that your company joined an alliance of big-but-not-that-big tech companies, including Meetup and Kickstarter. Will that coalition continue?

Without a doubt, I’m really proud of the New York tech community and how we led the net neutrality discussion. I think more importantly is the informal connections that all of those companies have.  And I’m sure you saw the news yesterday that [net neutrality] was upheld and only the Supreme Court could change it.

Tech companies here have generally believed that government is really important. I think in some other regions tech wishes government would just go away.

The day that the FCC voted to uphold net neutrality, I was able to meet with Chairman Wheeler before, and I gave him a stack of notes from Etsy sellers, thanking him (because everyone knew what the vote was going to be at that point). Here was a former cable industry leader and he was clearly touched that entrepreneurs like the Etsy sellers around the world and the United States really were thanking him for upholding net neutrality in a way that would help their business.

So Etsy is certified as socially good by B Lab as a B Corporation. To keep that status, B Labs requires it to reincorporate as a “benefit corporation” in the state of Delaware in 2017. Is Etsy going to do it?

Right now, we don’t have plans to re-incorporate as a public benefit corporation. Whether Etsy is a B Corp or not a B Corp, I have tons of respect for what B Lab is doing. We’re allies.

So I feel like the most important thing is that we kind of walk the walk and talk the talk. From the paint that we use in this building to gender-neutral family leave to how we talk to investors, I feel really confident about who we are.

Etsy is known for having an alternative approach to conflict resolution. Give me the Etsy take on Peter Thiel v. Gawker.

I started out my career working in local newspapers. So I very much believe in the power of the free press. I’ve been working the tech industry now for almost 25 years. A lot of that time out in the Bay Area, and I think what I see happening is the tech industry has always had a little bit of an underdog feeling to it. We’re the insurgents. So I think part of what we’re seeing is the tech industry maybe hasn’t fully adjusted to the fact maybe it’s no longer the insurgent, and maybe it’s the incumbent. And when you’re in a position of great power, I think your responsibilities are much more significant.

You’re no longer the rebel. You’re the one in power. 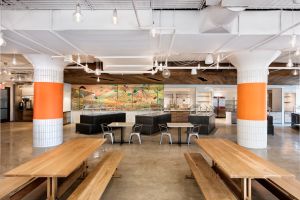 Eatsy, the cafeteria, where lunch is served from local eateries twice per week. 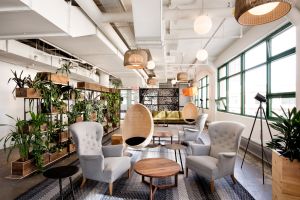 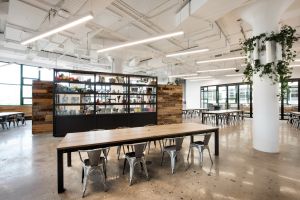 Etsy Labs, an event and training space, as well as a space for crafting meetups. 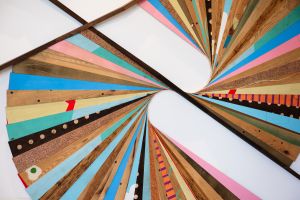 An art installation by First Third made from desks from the old building. 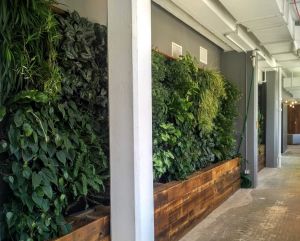 An example of the rainwater-fed greenery found throughout the workspace. 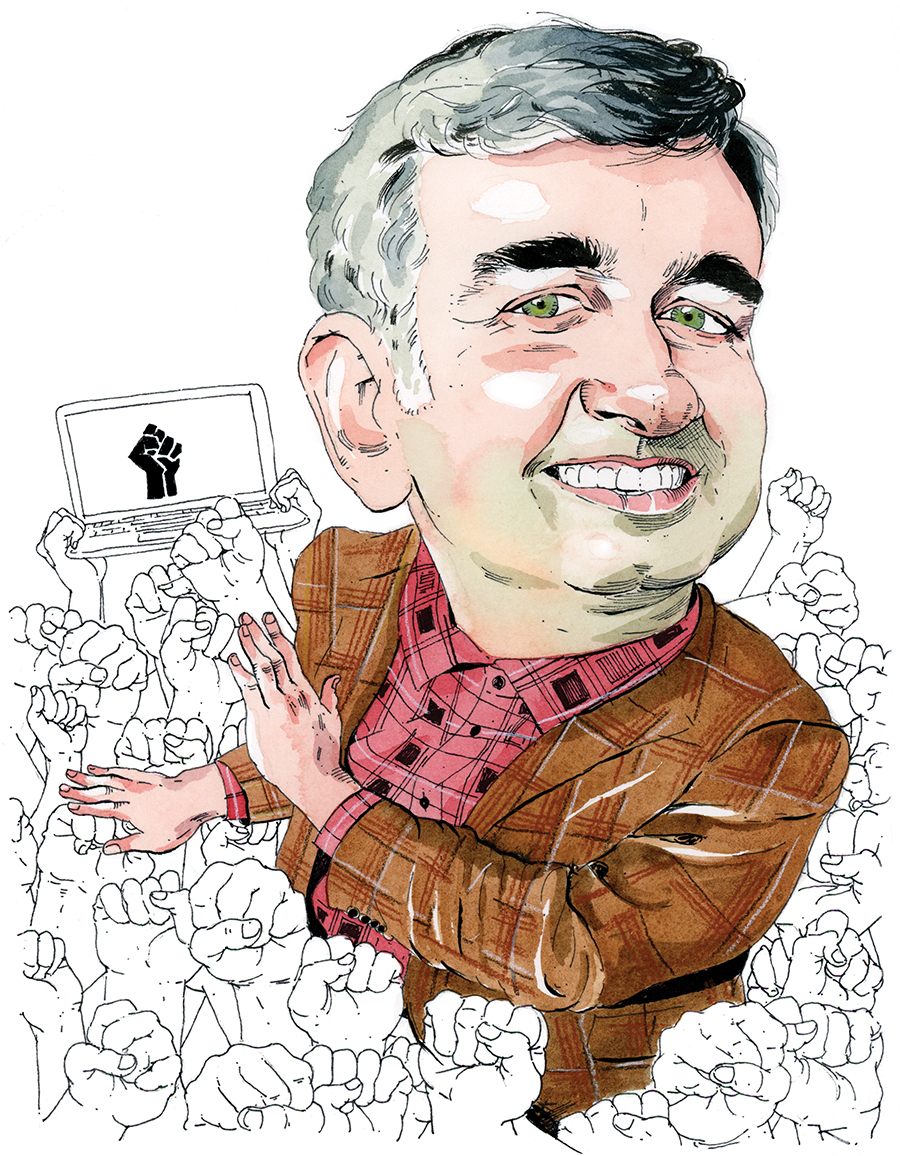