Digital currency advocates were invited to a private gathering last Wednesday in Washington with central bankers, convened by the Federal Reserve, the International Monetary Fund and the World Bank, as Bloomberg reported. At an event opened by Fed Chair Janet Yellen, central bankers at the most powerful state-backed financial institution in the world took part in an extended conversation with digital currency entrepreneurs and advocates, indicating the slow growth in credibility for technology in the bitcoin ecosystem.

While bitcoin has been declared dead 103 times to date, according to the how-to website 99 Bitcoins, somehow the idea of currencies that only exist online keeps moving an ever growing number of users and entrepreneurs. Hundreds of imitation cryptocurrencies have sprung up. A dozen of those currencies have market capitalizations of more than $10 million, according to CoinCap, and the original cryptocurrency’s price has doubled what it fetched a year ago.

The media may love to publish bitcoin obituaries, but one group of decision makers looks more and more convinced about digital currency: central bankers. It would be relatively simple for a national bank to issue a digital equivalent of a currency on a custom blockchain. Whether or not a nation-state ever does sanction sovereign money on a public ledger, all the signs suggest that before long reserve banks will use blockchains to manage money, one way or another.

‘The emergence of private digital currencies (such as Bitcoin) has shown that it is possible to transfer value securely without a trusted third party.’—The Bank of England.

Then, this past weekend, representatives from central banks in 90 countries showed up in Washington, D.C. for the aforementioned meetings (Called “Finance in Flux: The Technological Transformation of the Financial Sector,” which took place inside a Federal Reserve building). Blockchain boosters were invited to talk about digital currency and its associated technologies, according to a statement from the Chamber of Digital Commerce.

Adam Ludwin, CEO of Chain, which provides blockchain services to enterprise companies, urged central banks to consider the advantages of issuing digital currency during a speech he gave at the event (which he summarized on the Chain blog). He begins and ends the post with the 2008 financial crisis, arguing that a public ledger could have dampened panic-inducing uncertainty during its darkest days. He wrote:

We now have a tool to measure systemic leverage and counterparty exposure. We can monitor compliance in real-time. We can answer questions about collateral ownership and re-hypothecation that were at root in the run on the system in 2007.

Ludwin’s speech brought a discussion that’s been taking place in the blogosphere into the policy sphere. Prominent cryptocurrency blogs have been kicking around the idea of a nation-state issued cryptocurrency. In Fall 2014, J.P. Konig wrote a post called “Fedcoin” where he described how the Federal Reserver could create its own digital currency, one in which each of its banks could be a node in its public ledger and its digital dollars would trade at a one-to-one exchange rate with the physical dollar (meaning that one Fedcoin would always be worth one dollar).

SEE ALSO: The man who wrote the book on bitcoin dissects anti-terrorism ‘Know Your Customer’ regulations

A vice-president at the Federal Reserve Bank of St. Louis, David Andolfatto, followed up on Konig’s post on his own blog (which has no relationship to the Federal Reserve). With a federal digital currency, he wrote that businesses and consumers “will have all the benefits of bitcoin—low cost, person-to-person transactions to anyone in the world with the appropriate wallet software and access to the internet.”

Andolfatto then wrote a follow-up in November, in which he added, “It’s hard (for me) to see what the downsides are in having a central bank supply digital money. Critics might argue that it leaves people exposed to potentially poor monetary policy. This may be true and, for these people, currency substitutes should be available (including Bitcoin).”

While his posts were not official comments from the Fed, they have drawn great interest in the larger cryptocurrency community. In early May, he joined a panel at a major cryptocurrency conference, Consensus 2016 in New York City, and he expounded on his views a bit more. “From the perspective of a central bank, bitcoin and currencies of that ilk are essentially a foreign currency,” he told the crowd during the “Digital Cash for Central Banks” panel, explaining that every nation worries about how its currency gets priced relative to other countries’ (as evidenced by the paper from Barbados, linked above).

“The great advantage of this is the central bank is in a position to fix the exchange rate between the Fedcoin and the U.S. currency,” he said. “It’s just a different denomination, really … The composition of the money doesn’t really matter to the money supply.”

Disclosure: the reporter of this story owns a tiny, tiny amount of digital currency. 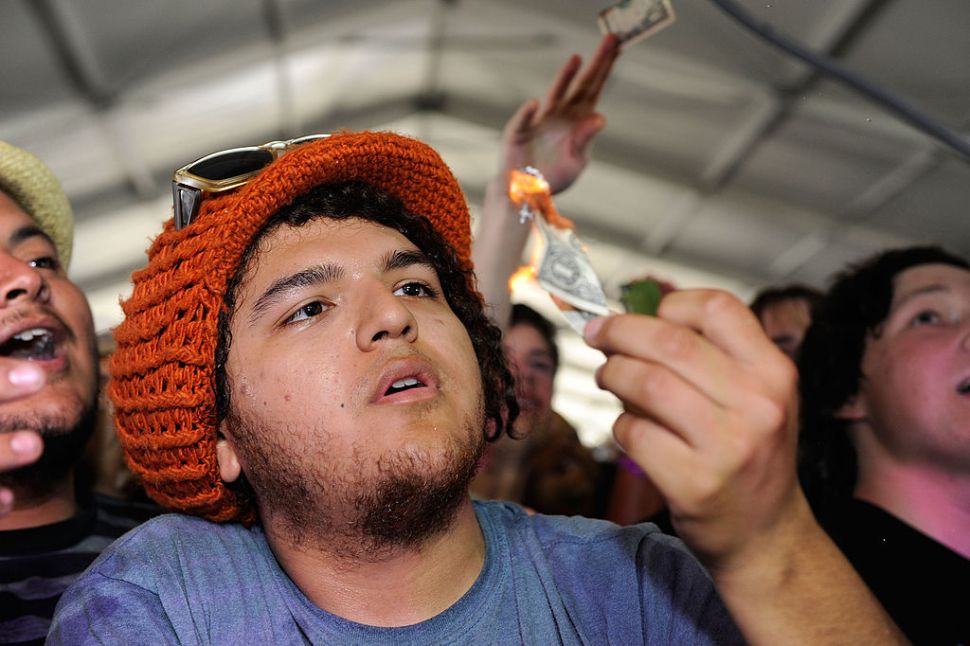