There is literally no better feeling than a Summer Friday. Except maybe a Summer Friday after a long (and frankly horrifying) week; one that somehow manages to pull itself together at the last second and hints at a promise of fun to come over the weekend.

Like sure, terrible shit happens, but today our Facebook and Twitter feeds are awash with something other than people you went to high school with shouting about politics and Ghostbusters 3. Today, it’s all about the ladies: namely, Amy Schumer and Vogue editrix Anna Wintour, who made a Freaky Friday-themed video for the comedian’s new Conde cover (because sure, Vogue is funny now, and I am not at all surprised by that or Ms. Wintour’s mid-career Paltrow accent) and Observer Pop Advice columnist Sara Benincasa’s new body-positive short film, The Focus Group.

Watch both below, and don’t overthink it. BE FOREWARNED: The latter video contains some nudity (but what doesn’t nowadays? You’re telling me you don’t sometimes watch Game of Thrones at work? Bullshit), while the former contains moving images of fashion’s most illusive Gorgon.

The Focus Group (2016) from Sara Benincasa on Vimeo.

Full disclosure: I participated in the filming of The Focus Group; you can see my shoes behind Benincasa in some of the office shots if you look really hard! 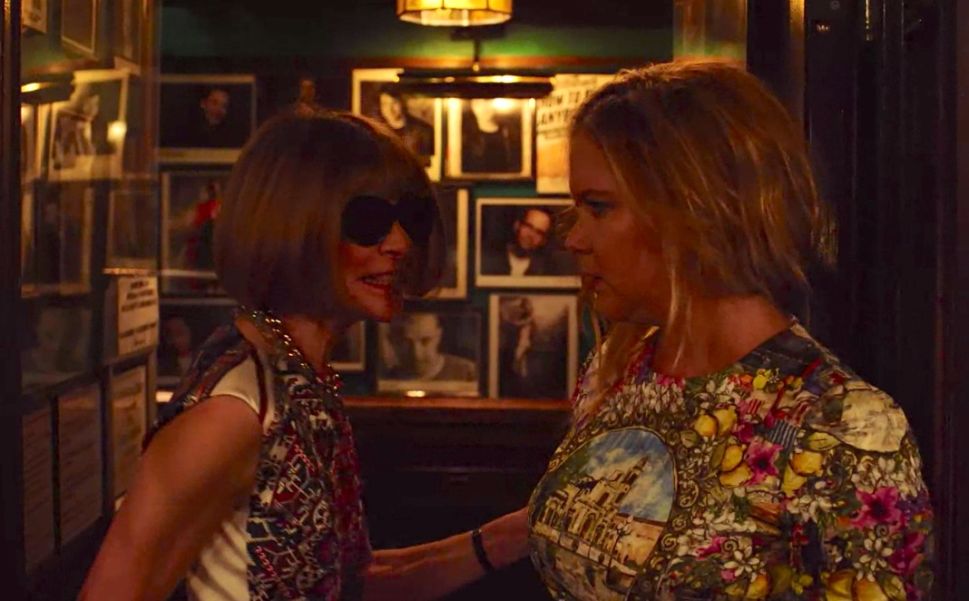