In early 1968, Pink Floyd made a peculiar decision.

Due to mental instability exacerbated by drug use, their distinctive primary vocalist and songwriter, a tousle-headed, coal-eyed satyr of shattering talent named Syd Barrett, had fallen into a state of high dysfunction. Despite the fact that Pink Floyd featured four other extraordinary musicians, three of whom were markedly capable of composing, singing and helping conceptualize a worthy career direction, Pink Floyd refused to step out of their leader’s long and dysfunctional shadow.

Due to pressure from their label, their management, the media, their fans and their families, they held on to the hope that their front man would return (and promoted the myth that he was operational), and that he would again achieve the remarkable heights he had reached on The Piper at the Gates of Dawn.

But their leader was no longer capable of coherent functioning, much less creating another masterpiece, and each of Pink Floyd’s talented members were forced to live with the specter of a faded and absent genius hovering over them.

OH, WAIT. THAT DIDN’T HAPPEN. Floyd let go of Syd Barrett and his substantial ghost, they reassembled around their extraordinary core and they went on to make some of history’s most lasting music.

In 1967, the Beach Boys made a peculiar decision.

Due to mental instability exacerbated by drug use, their distinctive primary songwriter and visionary, a floppy-haired bright-eyed man-panda of shattering talent, had fallen into a state of high dysfunction. Despite the fact that the Beach Boys featured five other extraordinary musicians (Carl Wilson, Bruce Johnston, Mike Love, Al Jardine, and Dennis Wilson), each of whom had shown they were markedly capable of composing, singing and helping conceptualize a worthy career direction, the Beach Boys refused to step out of their leader’s dysfunctional shadow.

Due to pressure from their label, their management, the media, their fans and their families, they held on to the hope that their front person would return (and promoted the myth that he was operational), and that he would again achieve the remarkable heights he had reached on Pet Sounds. But their leader was no longer capable of coherent functioning, much less creating another masterpiece, and the Beach Boys and each of their talented members were forced to live with the specter of a faded and absent genius hovering over them.

The tumbling, tragic and joyous story of rock is absolutely chock full of groups who lost their primary songwriters, vocalists and band leaders for one reason or another, yet carried on to achieve great creative and commercial heights: Fleetwood Mac without Peter Green would have once been considered unimaginable, not to mention Genesis without Peter Gabriel, Joy Division without Ian Curtis, or the Small Faces without Steve Marriot; for that matter, many would have considered Pink Floyd without Roger Waters inconceivable.

Yet the Beach Boys, a band of stunning skill who proved time and time again that they were capable of making extraordinary music without Brian Wilson, were never allowed to be fully free of him.

And fuck you all for that.

READ THIS: How New York City Became the Epicenter of Jazz

I have zero hesitation in pronouncing Brian Douglas Wilson a musical genius nonpareil; Pet Sounds is the greatest pop rock album ever made, and SMiLE, if it had been completed at the time of its initial realization, could have changed the course of pop music (its integration of American musical tics into an avant-garde and psychedelic context might have encouraged an entire vein of adventurous American pop divorced from the Beatleisms that define the rock and pop landscape to this very day).

But the startling vocal skills of the entire Beach Boys ensemble and their shared experiences as a growing band framed and made ecstatic the brilliance of Pet Sounds (and the extant SMiLE tracks), and Carl, Mike, Bruce, Al and Dennis (not to mention later additions like Blondie Chaplin) were each golden talents more than capable of leading and redefining a Brian-less Beach Boys. But they never really had the chance.

Despite the fact that some of the most wondrous and distinctive material in the band’s canon was recorded without Brian, he remained the Elijah we all left the door open for; but imagine if every time we sat down for Seder, someone said, “Well, it’s not a real Seder, since Elijah didn’t show up.”

There’s every bit of evidence that a Brian-less Beach Boys could have been a joyous and logical continuation of the band’s ideals and aural achievements.

Personally, I would argue that post-SMiLE, Brian Wilson wasn’t just a shadow of himself, but less than a shadow; the most Brian-driven of the post-SMiLE albums, The Beach Boys Love You, is bizarre and psychologically fascinating, but the people who insist that it’s a great album are like those who scan those tepid and twisted Alex Chilton solo albums for Big Star-esque greatness. It ain’t there, bubbelah; go back and listen without trying really, really hard to like it.

Which is all to say that Brian Wilson could have left the Beach Boys after late 1967, with his legacy and place in history 100 percent intact (after all, Syd Barrett is no less a legend for having been a primary force on only one Pink Floyd album). And if Brian had been allowed to retire, the Beach Boys would have gone on, driven by the considerable and unique skills of their remaining members, and likely would have been appraised as an original and important American band, producing work of invention, quality and diversity.

I barely give a fuck who Mike Love has his picture taken with, or what political candidates he supports, or how he may stumble in public speeches; he is a gentle and kind man whose heart is in the right damn place, and he supports many worthwhile causes related to the environment, conservation, and spiritual enlightenment. Have any of you ever met Ric Ocasek or Todd Rundgren, or even, for that matter, the great Lou Reed? Have you ever talked to a waitress or stewardess who had to deal with Paul Simon?

I have met a pile of so-called pop stars, and in terms of being a decent man with a decent heart, Mike Love is pretty goddamn high on the “good guy” list. Most of you just hate him because he’s in a band called the Beach Boys without Brian Wilson. You think that the fact that he keeps the Beach Boys going is somehow denigrating of or defiant of the great achievements of that band, but it’s just the opposite; Mike Love has kept the Beach Boys, a vital American institution, alive and working in the face of great odds and even greater derision.

Go see the current touring version of the Beach Boys.

The band is made up of able, passionate and credible musicians: Jeff Foskett, Scott Totten, John Cowsill, Brian Eichenberger, and Tim Bonhomme are all committed and credible cats with an honest and real devotion to the songs, sound and legacy of the Beach Boys (and Foskett has been with the Beach Boys for 34 years, longer than Carl or Dennis Wilson were in the band, if you’re counting). Shit, if those guys were backing Jason Faulkner or Matthew Sweet, you’d be saying they were the best band in the world. But instead, they are part of a band with Mike Love and Bruce Johnston called The Beach Boys.

The current Beach Boys do great honor to the work of Brian Wilson (and to the work the Beach Boys did without Brian), and they keep the legacy of a valued American treasure full of vigor, harmony, and the power to move and emote. Listen, I’ll come out and say this: I vastly prefer the current Beach Boys to the Brian Wilson touring experience. Brian’s band is amazing, and they play his compositions and his arrangements with loving detail, but there is no escaping the fact that at the center of the stage is a man who often looks like he doesn’t want to be there, like he’s just a sad ghost inserted into the middle of the world’s greatest Beach Boys cover band. Every time I see Brian Wilson, I leave depressed; but every time I see the current Beach Boys, I leave elated. 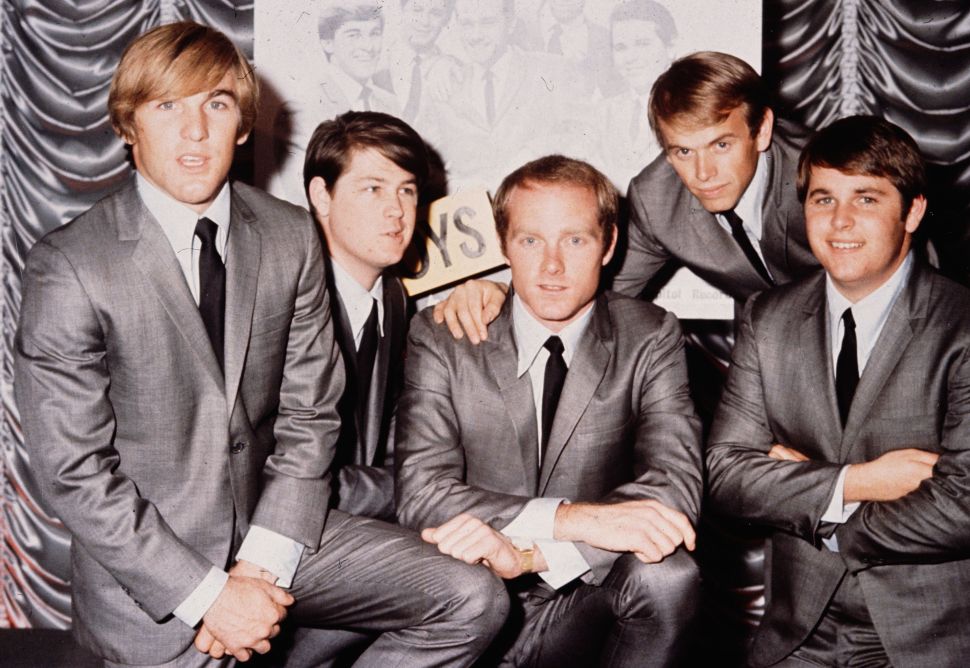