Growing up I was fascinated by stories of famously successful people. I read about artists like Michelangelo and Leonardo Da Vinci, inventors like Gutenberg and Edison, politicians like Margaret Thatcher, businessmen such as Steve Jobs and Warren Buffett. I wanted similar success, to create something from seemingly nothing, and find a sense of purpose in the process (see part one). Inspired by these tales of triumph, I determined I would strike it rich by 21.

Not surprisingly, at 21 years old I was no millionaire. Actually, I was unemployed. It wasn’t until after I started my first job that I began rethinking my original formula for success. The inventors, artists and business people I had admired growing up were all highly creative; their lives were real adventures, marked by trial and error. For them, success was a process of hit and miss, and innovation was driven by a desire for solutions, not by a desire for wealth. Above all, they were experts at selling their ideas and explaining how they could impact the world.

I needed to recalibrate my goals, so I began investigating how these great men and women launched their careers and distinguished themselves early on. The result? This frank, straight-shooting playbook on how to start building a successful career.

“Through others we become ourselves” — Lev S. Vygotsky

If you choose to follow a beaten path rather than blaze new trails, then you might as well follow in the footsteps of someone you admire. Jack Dorsey, the founder of Twitter and Square, Inc., is a good example. Dorsey emulates Steve Jobs in his style and conversation.

Like Apple’s founder, Dorsey uses the expression “surprise and delight” to describe new products, he shares admiration for and inspiration from the Beatles, and adheres to the philosophy of focusing on only one product and “putting other ideas on the shelf.” When Dorsey talks about being fired from the company he founded, he borrows a phrase from Jobs: it was “like being punched in the stomach.” Dorsey’s performance has surely contributed to his reputation as a visionary like Jobs.

When I meet with top executives at my company, I bring two notepads with me. With one, I take notes summarizing the discussion; on the other I jot down interesting expressions I hear and could adopt. For example, I took up phrases like “quick win” (an easy but high impact achievement) and “having bandwidth” (the capacity to accomplish a task) after hearing senior management repeat them. This way, when I present projects or share ideas, I speak the CEO’s language.

THE TAKEAWAY: Look at successful people. Steal their interests, their passion and even their working style. If you are an aspiring journalist, be innovative like Brian Stelter; if you are an entrepreneur, share your vision like Elizabeth Holmes. People will say you are the next *insert famous person in your field.* Of course, comparing yourself to the super-successful is aspirational and the path to get there may take some time. In the meantime, find a senior in your company who you admire and find a way to work with him or her.

You were born an original. Don’t die a copy.” — John Mason

A 2014 study led by Barnaby Dixson of the University of New South Wales found that in some cases, unusual or rare “ornamentation” such as beards in men makes the wearer more attractive to others. Steve Jobs, with his iconic black turtleneck and jeans, understood this principle. He liked the idea of having a uniform for himself, both because of the day-to-day convenience (see play #6)and its ability to convey a signature style that he came to be recognized for.

I have to wear a suit to work everyday, so I struggled to come up with my own signature style. But then I had an epiphany: pocket squares. They’re small enough not to be obtrusive but still distinctive. I know they help me stand out, too — when the mailroom clerk had a package for me and asked around about who I was and where I sat, I overheard my colleague tell him, “He’s the guy with the pocket square!”

THE TAKEAWAY: Differentiate yourself from others by standing out. Create a signature style, such as wearing a bow tie, and a persona to accompany it.

“You are the average of the five people you spend the most time with.” — Jim Rohn

A study led by Andrew Przybylski of the Oxford University concluded that the Fear of Missing Out (FOMO for short) is higher in people whose essential psychological needs, including feeling loved and accepted, are not being met. And, according to Przybylski, “the workplace is a key area where FOMO is in play.” But the inverse also holds true: the more passionate you are about what you do , the less FOMO you will feel, making you better equipped to manage your priorities.

I have the most FOMO when I’m skimming social media and see what my friends are up to — parties, travel, fine dining and funny cats — and want to join in. Out of FOMO I once accepted invitations to three different birthday parties all taking place within a two-hour time frame. I made an appearance at the first two parties but didn’t really have time to enjoy myself and the company of my friends. On my rushed trip to the third party, I took the subway, only to get stuck underground for an hour with dozens of other people rushing to their own shindigs, all during a hot and humid New York summer. It was horrible. I missed the last party and to this day I relate FOMO with feeling like a canned sardine.

THE TAKEAWAY: Don’t let FOMO leave you chasing every opportunity that comes your way. Instead, choose quality over quantity and be selective about the events you attend, the information you read, the people you meet and the places you go. As Ted Mosby reminds us, nothing good happens after 2 a.m.anyway.

Rule # 10 Be Your Own Publicist

Give people a reason to rave about you

“We rise by lifting others” — Robert Ingersoll

Douglas Conant, former CEO of Campbell Soup Company, always looked for opportunities to celebrate. He would scan his email and internal website to look for people who were contributing to his company. He even composed handwritten notes congratulating his employees on promotions. When Conant was in a car accident, hundreds of people returned the favor and inundated him with thank you notes.

In my experience, even small friendly gestures go a long way. When a co-worker announced she was leaving her job in sales to pursue an opportunity to become a news reporter, my department organized a farewell party. This was a very rare and exciting career move for my colleague, given that she didn’t have much experience in the field, so I wanted to make her feel special — and give her and my colleagues a good laugh. Accordingly at the party I presented her with an inflatable purple microphone for practicing in the shower. My co-workers still laugh about it when they tell the story.

THE TAKEAWAY: Organize small office parties for your colleagues when they get a promotion, it’s their birthday or they become engaged. One act of kindness can create an opportunity for people to talk about you in a positive way.

In his book Three Simple Steps: A Map to Success in Business and Life,Trevor Blake describes how neuroscientists have learned that listening to too much complaining impairs your brain’s ability to function. Even just 30 minutes of exposure to negativity deteriorates neurons in the hippocampus, the problem-solving part of our brains.

This means that no matter how talented you are, if you’re whiny, people are repelled by you. I once worked with a peer who was one of the most creative people I have ever met. His ideas were thoughtful and his knowledge was wide. But he had a habit of complaining about life, work and everything in between. Our coworkers simply couldn’t stand his presence, and he ended up alienated from dozens of projects.

THE TAKEAWAY: Leave your private life (or career-related gripes) at the door of the office. If you need to scream, cry or complain, go for a walk. A positive attitude, on the other hand, works like a magnet to attract more promotions, raises and long-lasting relationships.

Sell yourself with persistence

“Passion and persistence will solve almost anything.” — Ben Franklin

One of my favorite films, The Pursuit of Happyness, tells the story of Chris Gardner, a man who went from life on the streets to becoming a multi-millionaire. He got his start as a trainee at the financial firm Dean Witter Reynolds, where he would call 200 potential clients a day. By being pushy, Gardner rose in the ranks of the company and went on to become a successful entrepreneur and author.

To get my job as a corporate strategist, I sent more than 10 follow-up emails after my interviews hoping to occupy real estate in the hiring manager’s mind. Although I didn’t enjoy being pushy, it paid off in the end — after I was hired, the recruiter told me that HR liked my perseverance.

THE TAKEAWAY: All opportunities in life start at the end of your comfort zone. Remember that you are always selling yourself, even if that requires going the extra mile. For example, send a follow-up email after conversations or meetings with colleagues. This acknowledges the conversation and the impact it had on you.

How I made my career go viral! Skip to PART THREE

Francesco Marconi is an award-winning strategist focused on growing the organizations—and the people—around him. His articles on media, storytelling and innovation have been read by hundreds of thousands from around the world. Based in New York, Francesco lives with his wife, Rachel, and his pet fish, Sushi. 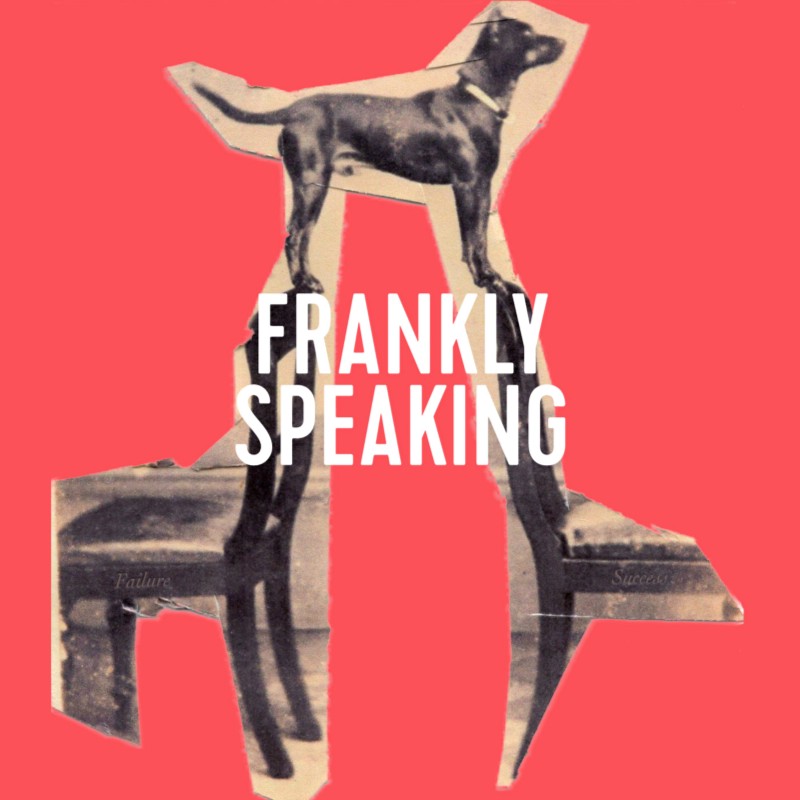