Fred Wilson of Union Square Ventures has little doubt about his bets on bitcoin.

In fact, the legendary investor called out the world’s major banks today for eschewing the first digital currency at CB Insight‘s “The Future of Fintech” conference in New York. On a panel interview with Nathaniel Popper of The New York Times, Wilson made it clear that he believes banks are missing the most important opportunity presented by bitcoin as they build private blockchains, locked inside their own servers.

The blockchain is the public database that logs every transaction in digital currency. It is permissionless, distributed to anyone that wants to operate it and public. Private blockchains copy the distributed approach, but hide it inside the servers that their creators have given permission to maintain a copy.

“To me, that’s like, ‘We don’t use the internet because we think Compuserve is good,'” Wilson said. The transformative value of virtual currency will come from “a globally distributed, public blockchain,” he predicted.

While not pinning all of his hopes on bitcoin as a currency (Wilson cited the Ethereum Project as its nearest rival), he was very clear that the way virtual currencies put value online lies at the heart of what makes this technology so important. Wilson’s career in venture capital began in 1987. He’s made investments in companies that have had major exits, such as Twitter, Tumblr, Zynga and Etsy. He described three moments in his career “when God came down and handed me the tablet,” as he put it: the Mosaic browser, social media and bitcoin.

Up until virtual currency, money had been cumbersome on the internet. “It was a hack,” he said. When he learned about bitcoin, he hadn’t made any investments for 18 months. “It wasn’t until I invested in Coinbase that I felt the next thing had arrived.”

Meanwhile, the two discussed how banks are focused on building private blockchains, apparently to more efficiently conduct interbank settlement (making sure all the day’s payments equal out) or to maintain control over international remittances (sending cash back to one’s home country). “The more interesting place for me is out there in the consumers’ hands,” Wilson said, pointing to apps like Venmo that put money right on people’s phones, just like bitcoin does. “That’s where the revolution is happening. It’s out there on the edge of the network.”

While much of the discussion around the blockchain has moved to using it for non-financial or at least non-currency purposes, he believes that it is misguided to ignore the public blockchain’s power to track money. “You gotta have the finance piece,” Wilson contended.

He acknowledged that all the scandals and frauds that have tarnished the brand of bitcoin. “You would think the world would have moved on from bitcoin by now, but it hasn’t,” he said. As of this writing, bitcoin sits at its highest exchange rate to the dollar in well over a year. Many commentators think this is largely driven by China which, Mr. Popper explained, now controls nearly half the voting power over the bitcoin network.

“I often think technology is adopted by people who don’t have an alternative,” Wilson replied, explaining that bitcoin isn’t as useful to Americans or Europeans, where money is fluid. It’s natural for the currency to prove more valuable in less democratic societies or societies with crumbling currencies. The fact that demand is so much greater for bitcoin in China, he believes, should move the global financial system to take action.

Wilson contended that if the 50 largest banks banded together to put a sliver of their shared computer resources together, they could seize control of some 30 or 40 percent of bitcoin’s market share. That would put control of the bitcoin network back in the global market rather than locking so much of it behind the so-called Great Firewall of China.

Mr. Wilson also acknowledged that he’s not one to take moderate positions. “I like moonshot kind of breakthrough, big, speculative, ambitious ideas,” he told Popper, describing how he favors ideas that will definitely be big, they just might be big failures. “It’s possible that all of these things will end badly.” 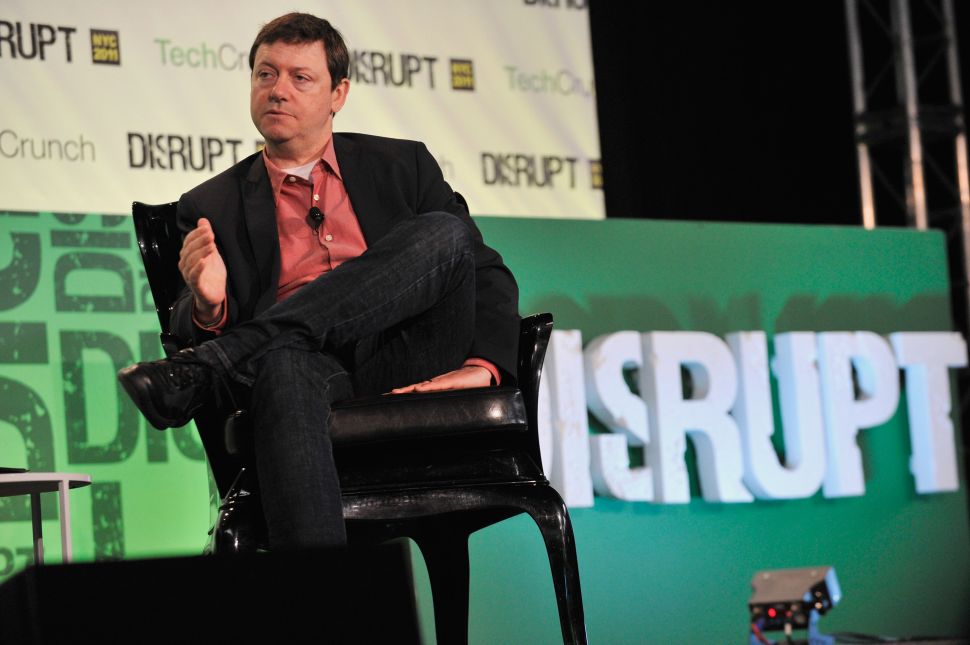